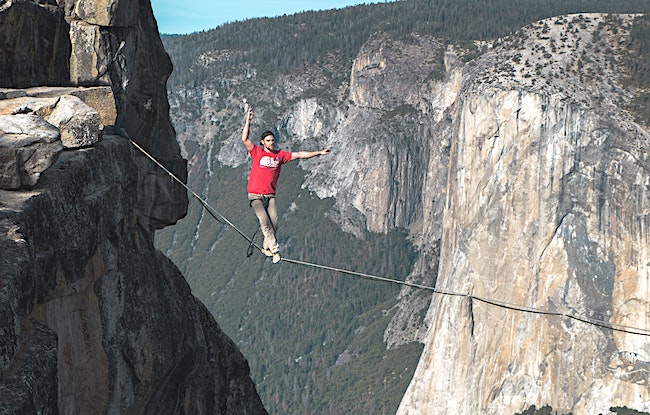 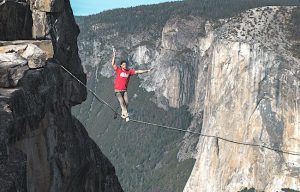 And you shall call out and say before HASHEM, your G-d, “An Aramean [sought to] destroy my forefather, and he went down to Egypt and sojourned there with a small number of people, and there, he became a great, mighty, and numerous nation. (Devarim 31:5)

However even after that we see his sinister intent at work to the very moment of parting ways. Yaakov and Lavan set up a pile of stones and made a treaty, a sort of order of protection treaty. Lavan asks Yaakov to swear, even though he is not the threat and Yaakov does so but with a slight deviation from Lavan’s language of oath. That last exchange may be the key to how Lavan planned to wipe out Yaakov.

It was many years ago that I was driving one of my Rebbeim back from an eye doctor appointment. As we were passing a well-manicured church I commented on how lovely they were keeping their property. He interrupted my praise and took the opportunity to tell me a fascinating story that gives support to the Hallacha that there are certain places we are not to use as reference points.

He told me that when Rabbi Aaron Kotler was just getting started in Lakewood he had a small but loyal and dedicated group of learning young men. One of those students was approaching him continually with questions of faith. Reb Aaron would carefully and sensitively answer his questions but he began to suspect that the source of his questions were not a sincere search for the truth. It was like the boy who puts his finger in the dyke and another leak erupts. He was looking for a way out!

On one of his frequent trips to Williamsburg Reb Aaron took counsel with the previous Skverer Rebbe who asked him if this boy had any contact with any local churches. Reb Aaron was certain not but he followed up on the advice and he asked the boy.

The fellow was adamant that he did not have any contact with any churches. Reb Aaron quizzed him further about how and when he goes to Yeshiva and which path he takes.

The boy then realized that on the way to Yeshiva at 7 AM every day he passes by a certain church and he sets his watch to the clock in the bell tower. Reb Aaron assured him that was the source of his problem. That subtle acknowledgment gave a foothold of credibility, enough to subconsciously erode his confidence in Torah.

Lavan tried to corrupt Yaakov and veer him from the path of absolute truth by swearing in the name of the god of Nachor and other false gods but Yaakov wisely dodged the bullet and swore only in name of the G-d that Yizchok feared. It may seem too slight and subtle to make a difference but it might have put everything at risk.