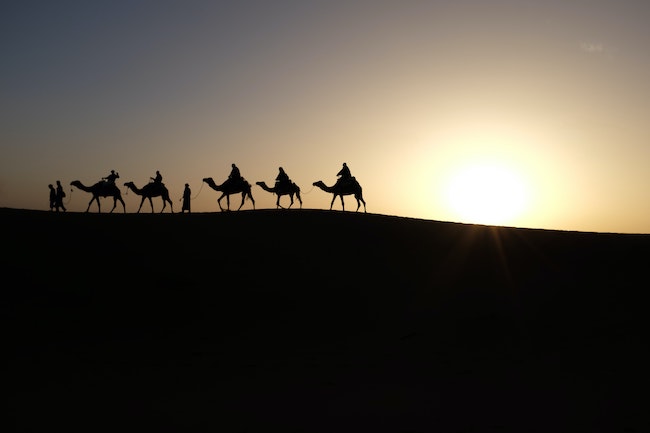 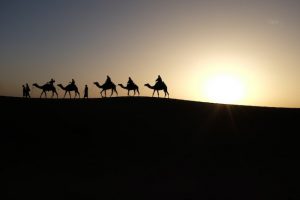 The Parshiyos of Vayigash and Vayechi conclude the tribulations of Yaakov and his sons.

In Parshas Vayigash, when Yoseif reveals himself to his brothers, he mentions that they sold him to Mitzraim. Then Yoseif proceeds to appease them: “Don’t be upset that you sold me here — it was to save life that Hashem sent me before you… You didn’t send me here — rather, it was Hashem!” (B’reishis 45:4-8)

His words seem contradictory. Were the brothers responsible, or not? The Moreh Nevuchim (2:48) explains that everything has an immediate, material cause, which in turn was caused by something else. Ultimately, everything goes back to the first cause — Hashem. The nevi’im often skip the intermediate causes and ascribe everything directly to Hashem. The Rambam gives examples, among them — Yoseif’s words, which we quoted here.

There is no contradiction, then. The immediate reason for Yoseif ending up in Mitzraim was the brothers having kidnapped him. They are not exonerated for this, but the ultimate results were determined long ago by Hashem. This is similar to the Ramban we quoted recently (B’reishis 14:14): The fact that it was determined on Rosh Hashana that a person should be killed that year, does not exonerate his murderer. The killer had the choice whether to commit the crime or not, and he will face the consequences of his choice.

The Ba’al Akeida, too, writes that Hashem plans everything in advance, but the small details are left up to each person to choose. However, the Malbim writes that the sale of Yoseif is exceptional. Every last detail was determined in advance! The Abarvanel, too, understood that Yoseif was exonerating his brothers. (1)

In Parshas Vayigash, when Yaakov and Yoseif finally meet, Rashi tells us that Yaakov did not react, because he was reciting Krias Shema (46:29). There are many explanations of this, but the point seems clear. The Shema states: “You shall love Hashem with all your heart, with all your soul and with all your power.” This does not preclude other love, as the Torah commands us to love fellow Jews and Gerim. Yet, if we must love Hashem with our entire heart, soul and power, where do we find space to love anyone else? The seforim answer that all love should be subjugated to the love of Hashem.

When Yaakov Avinu finally meets his beloved, long lost Yoseif, Yaakov realizes that his overwhelming love must be elevated to activate his love for Hashem.

In Parshas Vayechi, after gathering all his sons to his deathbed, Yaakov suspects they may be harboring idolatrous thoughts. They respond with “Shema Yisrael…” Yaakov answers with “Baruch Shem Kavod…” (Pesachim 56a)

Rav Moshe Sternbuch explains that their intention was that Hashem, who was, is and will be, will never change. Yaakov Avinu responds: the glory of His kingship is blessed forever — His rule in this world, as well, never changes. (See Chochma V’da’as at length, pp. 436-439)

The Zohar states that “Shema Yisrael…” is Yichud Ela’ah (Higher Unification) while “Baruch Sheim Kavod…” is Yichud Tita’ah (Lower Unification). So the Torah says (D’vorim 4:39), “You shall know today, and take it to your heart, that Hashem is G-d in the heavens above and on the earth below — there is none else.”

In the midst of his brocha to Don, Yaakov suddenly stops, and cries out: “I hope for Your salvation, Hashem!” (B’reishis 49:18). Rashi explains that Yaakov saw that Shimshon (from shevat Don) would be killed, and therefore sought Hashem’s help.

We find in Shemona Esreh, in the fifteenth brocha: “For Your salvation we hope all day!” The commentaries say that we should have in mind the mitzva to hope for salvation — one of the first things we are judged for in the future.

We are forced to say that Hashem had programmed everything for the desired result — Galus Mitzraim. However, the programming was accomplished using the forces of nature. They could have tried to break the program – to go against their own natures.

The Sefas Emes writes something according to these lines. In the incident of Eshes Potifar, Yoseif was presented with a test which was beyond his nature to pass. He pleaded with Hashem to be able to transcend his physical nature in order to succeed.