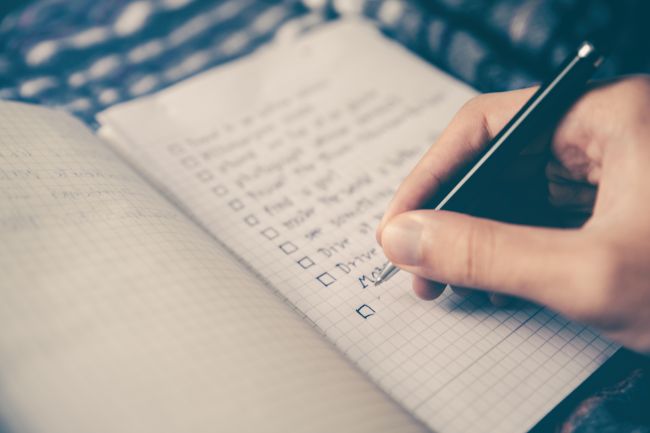 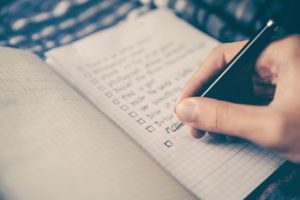 R’ Moshe Yehoshua Hager z”l (1916-2012; Vizhnitzer Rebbe) writes, on the occasion of a prior Shabbat Rosh Chodesh Elul: It is well-known that R’ Shalom of Belz z”l (1871-1855; R’ Shalom Rokeach, first Belzer Rebbe) interprets “Elul” as being related to the Aramaic root “Aleph-lamed-lamed,” which means “to reconnoiter” (see Onkelos to Bemidbar 13:2). That is the foundation of the coming month, leading-up to the upcoming Days of Awe. One must “reconnoiter” the recesses of his soul. “The heart knows its own bitterness,” in the words of Mishlei (14:10). [In other words, every person can discover what he or she needs to correct, and he or she is better-suited than anyone else to do so.]

“If there shall be a destitute person among you, any of your brethren in any of your cities, in the Land that Hashem, your Elokim, gives you, you shall not harden your heart or close your hand against your destitute brother.” (15:7)

He explains: According to the letter of the Halachah, one should not give Tzedakah to a Rasha / wicked person. However, when one refuses to give charity to a person he considers to be a Rasha, he invites the Heavenly Court to open its books and determine whether he (the one refusing to give) is himself as righteous as he thinks. Therefore, says the verse, if there is “a destitute person among you,” view him as “your destitute brother,” i.e., your equal. (Zechirah L’Chaim Al Haggadah Shel Pesach p.77)

“So that you will remember the day of your departure from the land of Egypt all the days of your life.” (16:3)

The Gemara (Berachot 12b) records: The sage Rabbi Elazar ben Azaryah says, “I always contended that the Exodus should be recalled at night as well as during the day, but I could never persuade my colleagues until the sage Ben Zoma came along and interpreted our verse as follows: ‘The days of your life’ (without the word ‘all’) refers to the days; “All the days of your life,” includes the nights. [Until here from the Gemara. The recalling of the Exodus referred to here is the recitation of the third paragraph of Kri’at Shema, which mentions the Exodus.]

R’ Nesher answers: The Midrash Pirkei D’Rabbi Eliezer (ch.48) records the opinion of Rabbi Elazar ben Azaryah that Bnei Yisrael were in Egypt for 210 years. Why, then, does the Torah say (Shmot 12:40), “The habitation of Bnei Yisrael during which they dwelled in Egypt was 430 years”? There were 210 years from the time Yaakov arrived in Egypt until the Exodus. Yosef’s children Menashe and Ephraim were born five years before that, for a total of 215 years. But, the Egyptians subjugated Bnei Yisrael day and night, thus causing each year to count twice, for a total of 430 years. [Until here from the Midrash as explained by the commentary of R’ David Luria z”l (1798-1855; Lithuania)]

R’ Nesher continues: According to Rabbi Elazar ben Azaryah, only if we count the nights separately from the days can we say that Bnei Yisrael were in Egypt for 430 years, as the Torah says. And, this is appropriate, because Bnei Yisrael were subjugated at night also. Therefore, the Exodus should be remembered at night.

R’ Yisrael Lipkin z”l (1810-1883; known as “R’ Yisrael Salanter”; founder of the Mussar movement) writes: In the past, I know well, every person was seized by trembling when the announcement was made: “Elul!” This trembling bore fruit in that it brought a person closer to Hashem, each person on his own level. However, it was not as one would expect–that a person who was distant from serving Hashem all year long would worry the most about the impending judgment, which one would expect since Torah and good deeds are the only defenses a person has. The opposite was true; the most noticeable changes were among those who were already on a holy path all year long, each on his own level.

This spiritual reason appears to be the primary cause for the trembling of Elul nearly being extinguished [in our times]. . . What should we do? The details are as many as each person’s situation.

In general, though, experience shows that to be a servant of Hashem–certainly, to do so on a high level–without studying Mussar is like trying to see without eyes or to hear without ears. That is why the Poskim / Halachic authorities write that, during this period, every person should study Mussar works. (Ohr Yisrael: Letter 14)

R’ Naftali Amsterdam z”l (1832-1916; one of the three primary students of R’ Yisrael Salanter; rabbi of Helsinki, Finland) writes: Man has two opposing forces within him–intellect and emotion. Each one has its place: Torah study, for example, should be an intellectual experience, while Tefilah / prayer should be an emotional experience.

True Teshuvah, R’ Amsterdam continues, is an intellectual experience. It involves calmly analyzing one’s own Middot / character traits, discovering why one sins, and creating “fences” to keep oneself from sinning again. Because this is an intellectual exercise, not a surge of emotion, our Sages scheduled a time to devote to it: the month of Elul. (Reprinted in Ohr Ha’mussar p.10)

“Man’s Cherdah / fear will add a Mokaish / snare, but one who trusts in Hashem will be encouraged.” (Mishlei 29:25)

R’ Nosson Lewin z”l (1857-1926; rabbi of Rzeszów, Poland) writes: Many interpret the above verse to mean that a person’s own fear places a trap in front of him, which prevents him from acting courageously, while one who trusts in Hashem is never afraid. While that is a true statement, R’ Lewin continues, that is not the meaning of this verse, as that interpretation does not fit the grammar of the Pasuk. [R’ Lewin presumably would disagree with the above translation as well.]

He explains: The word “Cherdah” is feminine, yet the verb in the first clause of the Pasuk has a masculine conjugation. If “Cherdah” were the subject of this clause, the verb would have had a feminine form. Accordingly, we must conclude that the subject of the clause is “Mokaish,” such that the verse is saying: “A snare will add to man’s fear” or “Man’s fear will be added to by a snare.” The snare referred to here is a sin. When man feels fear, it is the result of his sins, whereas a person with no sins does not experience fear (and a person with fewer sins experiences less fear).

R’ Lewin continues: If a person has sinned and does experience fear, what is the solution? Trust in Hashem’s kindness, in the knowledge that He will judge us fairly.

The upcoming High Holidays are set aside for judgment and justice, but we know that Hashem brings His mercy to the fore, and that the day of judgment actually is a day of salvation. Hashem is not only a Righteous Judge, He is a Merciful Father. All that a person has to do is regret his sinful past and confess. (Bet Nadiv p.52)