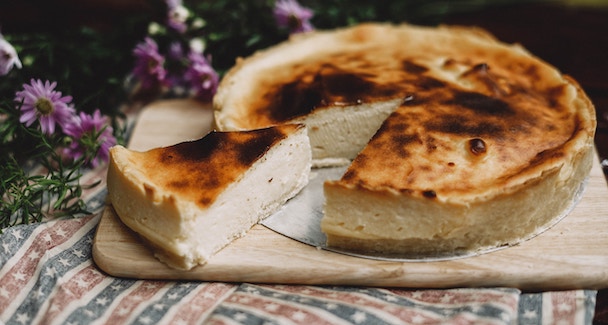 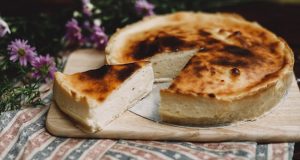 In this week’s Parashah, we are introduced to Yaakov and Esav, and we read that when their mother Rivka was pregnant with these twins, she felt a struggle taking place inside her womb. Rashi z”l explains that, already then, they were quarreling over how to divide the two worlds: Olam Ha’zeh / This World and Olam Ha’ba / the World-to-Come. Eventually, our Sages say, they agreed that Esav would take Olam Ha’zeh and Yaakov would take Olam Ha’ba.

Alternatively, R’ Palagi writes, there are some Mitzvot about which our Sages say: “One who performs this Mitzvah is considered to be Hashem’s partner in Creation.” These Mitzvot include observing Shabbat, eating Matzah on Pesach, and eating in a Sukkah on Sukkot. If, subsequent to Yaakov’s deal with Esav, we became Hashem’s partners in Creation, then we are, surely, entitled to enjoy that Creation. (Haggadah Shel Pesach Zechirah L’Chaim p.76)

“Yaakov simmered a stew, and Esav came in from the field, and he was exhausted. Esav said to Yaakov, ‘Pour into me, now, some of that very Adom / red stuff, for I am exhausted.’ He therefore called his name ‘Edom.’ Yaakov said, ‘Sell, as certain as it is day, your Bechorah/ birthright to me’.” (25:29-31)

R’ Yosef Yozel Horowitz z”l (1847-1919; the Alter of Novardok) writes: Midrash Rabbah teaches that Esav committed many serious sins on the day when this conversation took place. Yet, the Torah doesn’t even mention those sins; instead, it records that Esav asked for stew and was nicknamed “Edom” because he referred to the stew as “red stuff.” Apparently, the Torah views Esav’s choice of words as teaching us an important lesson about his personality–the root cause of all the sins he committed that day. What is that lesson? asks the Alter of Novardok. Also, how did Yaakov know that this was the right time to ask Esav to sell the Bechorah?

He explains: The test of whether a person’s senses are healthy is whether he can make distinctions using those senses. For example, a person who cannot distinguish between sweet and sour has a defective sense of taste. A person who cannot distinguish different sounds has a defective sense of hearing. The ultimate test of whether a person has healthy senses–whether he has Da’at / common sense–is whether he can distinguish between truth and fakery, reality and imagination–whether he analyzes what he sees and hears until he discovers and understands its true nature, or whether he reaches conclusions based only on what he takes in at first glance. A person with Da’at doesn’t make decisions impulsively; he is patient and deliberate, allowing himself to discover where he went wrong in his initial assessment.

When Esav came home that day, the first thing he saw was Yaakov’s lentil stew–the “red stuff.” He never stopped to reflect on the fact that lentils are the food of mourners, that Yaakov was making this stew because their grandfather Avraham had just passed away. All Esav focused on was his impulsive reaction: I am hungry and that red stuff looks delicious.

Such an attitude, explains the Alter, is the source of all sin. When a person is enticed, he can choose to look at the big picture and see the sorry end to which the sin will lead, or he can give in to his impulses. Esav was a man of impulse. He never looked at the big picture, which is why calling him “Edom” after his impulsive reaction to Yaakov’s stew tells us so much about his character, more than we would know if the Torah had listed the individual sins he committed that day.

When a person is in the grips of his impulses, as Esav was here, things that have real value are valueless to him. That, concludes the Alter, is why Yaakov chose this moment to offer to buy Esav’s Bechorah. (Madregat Ha’adam: Ma’amar Darchei Ha’chaim ch.1)

“Hashem appeared to him [Yitzchak] and said, ‘Do not descend to Egypt; Shechon / dwell in the land that I shall indicate to you’.” (26:2)

R’ Yitzchak Arieli z”l (1896-1974; co-founder and Mashgiach of Yeshivat Merkaz Harav; author of Enayim La’mishpat) explains: Yitzchak’s task was not the same as Avraham’s task. Avraham was a traveler, tasked with influencing the entire world. Yitzchak’s task was to create a place for the Shechinah in Eretz Yisrael, the place from which Torah and light would go out to the world. (Midrash Ariel)

“Avimelech said to Yitzchak, ‘Go away from us for you have become much mightier than we [literally, ‘From us’]!’ (26:16)

R’ Arieli explains the repetition, “See, we have seen”: The Plishtim said, “We have seen two things–our own success and your success. Previously, we thought that your success was at our expense–‘From us.’ Now, however, we see that your success comes from the fact that Hashem is with you [and He doesn’t need to take from one to give to another].”

“And it was, when Yitzchak had finished blessing Yaakov, and Yaakov had scarcely left the presence of Yitzchak, his father, when Esav, his brother, came back from his hunt.” (27:30)

R’ Chaim Chaikel of Amdur z”l (early Chassidic Rebbe in Lithuania; died 1787) writes: The Torah was given originally on Shavuot on Har Sinai. Subsequently, every year, Hashem “sends down” a new power of intelligence that renews our ability to understand the Torah and enables us to interpret it in new ways. However, this power comes with Bechirah / free will, i.e., the Yetzer Ha’ra is strengthened at the same time [in accordance with the principle that the balance between good and evil must be maintained if we are to have true Bechirah].

This, continues R’ Chaim Chaikel, is alluded to in our verse: No sooner had Yaakov received Yitzchak’s blessing, giving him new spiritual opportunities, did Esav, representing the Yetzer Ha’ra, show up at his side. This, he concludes, is a Jew’s “life story”–to be constantly presented with new opportunities for spiritual growth accompanied by challenges that must be overcome in order to realize that growth. (Chaim Ve’chessed No. 471)

R’ Moshe ben Maimon z”l (Rambam; 1135-1204; Spain and Egypt) writes: The Bet Hamikdash must not be built at night, as it is written (Bemidbar 9:15), “On the day the Mishkan / Tabernacle was raised”–it is to be built during the day, and not at night. The construction may be done from Alot Ha’shachar / dawn until Tzeit Ha’kochavim / when the stars come out.

Rambam continues: All are obligated to build, and to provide support for the building of, the Bet Hamikdash–both personally and financially, men and women–just as was done when the Mishkan was constructed in the desert. Children should not be taken from their Torah study to build the Bet Hamikdash, and the construction of the Bet Hamikdash does not supersede Yom Tov. (Hilchot Bet Ha’bechirah 1:2)

R’ Yeshayah Zilberstein z”l (1857-1930; rabbi of Vác, Hungary) asks: If the Bet Hamikdash may not be built at night, then building it seemingly is a Mitzvat Asei She’ha’zman Geramah / an affirmative commandment with a fixed time for performing it. If so, why are women obligated to participate, as they ordinarily are exempt from performing such Mitzvot?

He answers: A commandment is considered a Mitzvat Asei She’ha’zman Geramah only if its performance each day, or on each occasion, is a separate Mitzvah. [For example, there is a Mitzvah to wear Tefilin on Tuesday and a separate Mitzvah to wear Tefilin on Wednesday.] Alternatively, a commandment is considered a Mitzvat Asei She’ha’zman Geramah if, once it has been performed, it goes away. [For example, once a first-born child has been redeemed on or after the 31st day of his life, there is never a Mitzvah to redeem him again.] In contrast, the Mitzvah to build and repair the Bet Hamikdash is constant and continuous; it is not a separate Mitzvah each time, and it never ends. [It is merely a technical detail that it cannot be performed at night.] (Ma’asi La’melech)