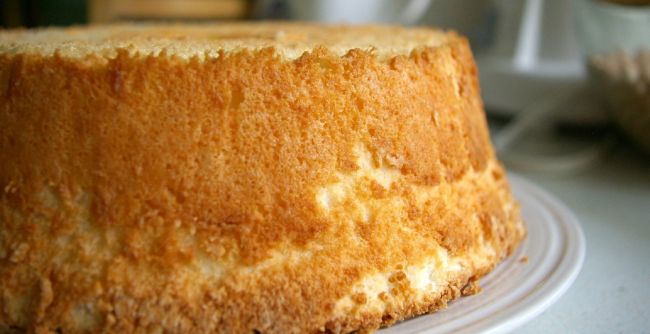 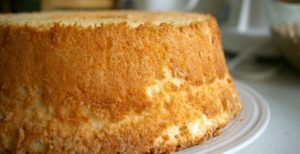 Our Parashah begins with three angels visiting Avraham. The Torah records that Avraham offered them bread, but, in the end, the dough became Tamei / ritually impure and could not be served (see Bava Metzia 67a).

It therefore is surprising that we read in the Pesach Haggadah (in the poem “Va’amartem Zevach Pesach”): “He [Avraham] served the shining ones [i.e., the angels] Matzah cakes.” As noted, there were no Matzah cakes in the menu that Avraham served!

R’ Ben Zion Nesher shlita (one of the senior rabbis in Tel Aviv, Israel) explains: We read in Tehilim (78:25), as interpreted by the Gemara (Yoma 75b), that the Mahn that Bnei Yisrael ate in the desert was the “food of angels.” Of course, angels do not eat “food.” Rather, explains R’ Moshe ben Nachman z”l (Ramban; 1194-1270), Mahn is a physical manifestation of Divine “light.” In the desert, Bnei Yisrael were sustained by Hashem’s light, to which He gave a physical form. Conversely, R’ Nesher continues, when the Torah speaks of Avraham “feeding” the angels, it means that his performance of the Mitzvah of welcoming guests was on such a high level that he sanctified the physical world, which resulted in spiritual light that sustained the angels.

The Gemara (Kiddushin 38a) relates that the Matzah cakes that Bnei Yisrael baked when they left Egypt tasted like Mahn. How so? Because their faith in Hashem was so great–they even were willing to follow Him into the desolate wilderness (see Yirmiyahu 2:2) — that they elevated their food to the level of Divine light, like the Mahn.

Based on this, we can understand the Haggadah as follows, R’ Nesher concludes: The poem is not saying that Avraham fed the angels Matzah cakes. Rather, in the same way that Avraham was able to feed the angels, by elevating his physical act until it was Divine light, so his descendants in the desert elevated their Matzah cakes to a similar level on which they tasted like Mahn. (Haggadah Shel Pesach Shir Tziyon p.116)

Rashi z”l quotes the Gemara (Bava Metzia 87a), which teaches: The angels knew where our mother Sarah was, but they asked this question in order to call attention to her modesty and thereby endear her all the more to her husband. [Until here from Rashi]

R’ Yeshayah Halevi Horowitz z”l (the Shelah Ha’kadosh; rabbi of Prague and Yerushalayim; died 1630) writes: The Zohar teaches that angels do not have any knowledge of what is going on in the physical world except as necessary to perform their specific tasks. Therefore they had to ask where Sarah was, just as any human who wanted to know her whereabouts would have had to ask.

The Shelah Hakadosh continues: At first glance, the Gemara cited above seems to disagree with the Zohar, for it says that they did know where she was. However, he explains, the Gemara does not disagree that angels usually do not know what is going on in our world. Rather, the Gemara assumes, since the angels were sent here with a message for Sarah — that she would have a child — they presumably were told where to find her. Thus, says the Gemara, when they asked about her whereabouts, it was only to call attention to her modesty. (Shnei Luchot Ha’brit: Asarah Ma’amarot, Ma’amar Sheni § 27)

“For we are about to destroy this place; for their outcry has become great before Hashem, so Hashem has sent us to destroy it.” (19:13)

Midrash Bereishit Rabbah teaches: Because the angels revealed one of Hashem’s secrets (“we are about to destroy this place”), they were exiled from His Presence for 138 years. [Until here from the Midrash]

R’ Chaim Zaichyk z”l (1906-1989; Rosh Yeshiva of Yeshivat Bet Yosef-Novardok in Buchach, Poland; later, in Israel) explains: Apparently, the angels are faulted for revealing Hashem’s plan to destroy S’dom just a few minutes before they were supposed to. The reason may be that the S’domites deserved to be destroyed, but, according to Hashem’s very precise judgment, they did not deserve the few extra minutes of anxiety that would come from hearing prematurely about the impending destruction. (Haggadah Shel Pesach R’ Chaim Zaichyk z”l p.121)

Midrash Bereishit Rabbah records that, when Sarah gave birth, many other until-then barren women gave birth as well. This follows a pattern, writes R’ Shlomo Kluger z”l (1785-1869; rabbi of Brody, Galicia). When a Tzaddik experiences a salvation, others who are in need of the same salvation are saved as well.

Yet, not everyone who is in need experiences salvation together with the Tzaddik. Why? R’ Kluger explains with a parable:

A mayor or governor has staff that restricts access to him. Sometimes, however, the gates are opened to allow in an important visitor, and then less important people can push their way in as well. Of course, one will get in, even at such a time, only if he is part of the crowd trying to force its way in. Someone who just watches from afar has no hope of gaining access.

This parable, R’ Kluger continues, explains the meaning of the passage in Shemoneh Esrei, “Give good reward to all who sincerely trust in Your name. Put our lot with them forever, and we will not be ashamed for we trust in You.” The passage first refers to those who “sincerely trust,” then it says that “we trust.” R’ Kluger explains: Some people live lives permeated with Bitachon / trust in Hashem. At all times, they are conscious of the fact that there is no such thing as “nature”; there is only the will of Hashem. That is called “Bitachon B’emet” / “sincere trust.” Others have an attitude that says, “Right now everything is fine. I earn a good living, I am healthy, etc. Of course, if something goes wrong, I trust in Hashem to take care of me.” That is called “Bitachon” / “trust,” but not “sincere trust.” In this passage of Shemoneh Esrei we pray: “Even if we have not trusted in You sincerely, help us when You help those who have trusted sincerely, for we, too, have trusted in You to some degree.”

Those who trust somewhat can be saved ancillary to the salvation of the Tzaddik because they have something in common with him. However, concludes R’ Kluger, those who never trust in Hashem cannot be saved along with a Tzaddik who does. (Yeriot Shlomo Al Seder Ha’Tefilah)

R’ Moshe ben Maimon z”l (Rambam; 1135-1204; Spain and Egypt) writes: Idolaters used to place their idols on mountain tops. Therefore, Avraham Avinu sanctified a mountaintop–Har Ha’moriah–and proclaimed G-d’s Oneness there. He established that his descendants would pray toward the west. [In America, we pray facing east, as did Rambam when he lived in Spain. Here, Rambam is referring to the fact that the Kodesh Ha’kodashim / Holy of Holies was at the western end of the Bet Hamikdash; therefore, a person standing on the Temple Mount would pray facing west.] This, writes Rambam, is what our Sages mean when the say (Bava Batra 25a), “The Shechinah is in the west.” The reason Avraham did this, in my opinion [writes Rambam], is that it was widely believed in those times that the sun was god. Undoubtedly, everyone prayed facing east, toward the sunrise. To negate that view, Avraham on Har Ha’moriah faced west, with his back to the sunrise. Indeed, we read about the Jewish People, when they sinned and denied G-d and returned to the early, false views, that they prayed with their backs to the Temple and their faces pointing eastward, as they bowed to the sun (see Yechezkel 8:16).

Rambam adds: I have no doubt that this place that Avraham sanctified was known to Moshe Rabbeinu and many others, for Avraham had already commanded that it be a place of offering sacrifices, as Onkelos writes. (Moreh Nevochim 3:45)