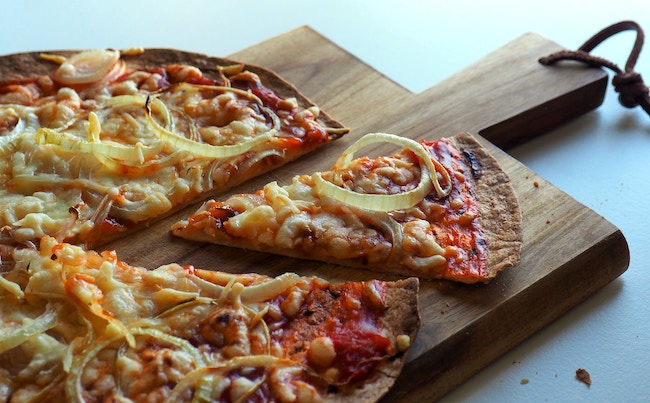 A Part of the Whole 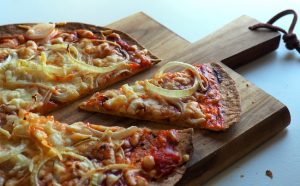 Parashat Vayera is a Parashah of contrasts, all meant to teach us the importance of Chessed / kindness, writes R’ Moshe Almosnino z”l (Turkey; 1510-1581). On one extreme, we find the people of S’dom, who, say our Sages, outlawed the performance of any type of Chessed. On the other extreme, we find Avimelech, king of the Plishtim, who lavished exorbitant gifts on Avraham (see 20:16). [Even when such a person uses his resources for Chessed, it is likely that he is merely expending something that is not important to him, thus devaluing his kindness.]

In between the two extremes, writes R’ Almosnino, we find Avraham Avinu. Specifically, our Parashah describes three acts of Chessed that Avraham performed: welcoming guests; praying for the people of S’dom, with whom he had no connection other than being a fellow human being; and praying for Avimelech, even though the latter had wronged Avraham.

Why is Chessed so important that Avraham is extolled for it and the people of S’dom deserved to be destroyed for not practicing it? R’ Almosnino explains: There is a well-known saying that the whole is greater than the sum of its parts. The truth of this saying is demonstrated by the fact that, on each day of Creation, Hashem saw that what He had made was “Good.” However, when Creation was completed, He saw that it was “Very good” (Bereishit 1:31). Each individual person is only a part of the whole. But, when he thinks of others and brings people together through acts of Chessed, he becomes part of something bigger than himself, i.e., the whole. One who rejects Chessed, as S’dom did, prevents the Creation from being whole and has no right to exist, while one who embraces Chessed, as Avraham did, is deserving of the greatest admiration and praise. (Olat Shabbat)

“He lifted his eyes and saw: Behold! three men were standing over him. He saw, so he ran toward them from the entrance of the tent, and bowed toward the ground. He said, ‘My Master, if I find favor in Your eyes, please pass not away from Your servant’.” (18:2-3)

Rashi z”l explains: He asked G-d to wait for him while he ran and invited the travelers.

Based on Avraham’s actions, our Sages teach that hosting guests is greater than “receiving the face of the Shechinah.” But why is this so? R’ Baruch Shalom Ashlag z”l (1907-1991; Chassidic Rebbe in Israel) explains:

Man’s task in this world is to serve Hashem without thought of reward or glory. This means that, at every moment, one must ask himself: What does Hashem expect of me right now? Often, we ask ourselves this question, but we arrive at the wrong conclusion. We fail to recognize what Hashem wants of us, writes R’ Ashlag, because we assume that we are meant to be doing glorious deeds for Hashem, not the simple or mundane tasks that actually need to get done.

Avraham did not make this mistake. He understood that even when one is in the middle of the most glorious service, actually engaged in conversation with Hashem, the task of the moment might be something else, something as (relatively) mundane as offering hospitality to strangers. It is this challenge which makes the “lesser” Mitzvah (hospitality) the “greater” Mitzvah. (Birkat Shalom 5745 No. 5)

R’ Yerachmiel Fried shlita (Rosh Kollel in Dallas, Texas) quotes R’ Shlomo Zalman Auerbach z”l (Yerushalayim; 1910-1995) as observing that Halachah does not permit a person to interrupt Shemoneh Esrei in order to welcome a guest, in contrast to Avraham’s interrupting his encounter with the Shechinah in order to welcome guests. We are able to learn a lofty principle from Avraham’s action–that welcoming guests is greater than greeting the Shechinah–only because Avraham Avinu lived before the Torah was given and therefore was not obligated to observe Halachah. He could make judgments about which action seemed more important. We, in contrast, do not have that latitude, and our value system must be based on Halachah.

R’ Auerbach adds: We say in the Pesach Haggadah, “If He had (only) brought us close to Har Sinai and not given us the Torah, Dayeinu / we would have been obligated to thank Him for that.” What would have been the value of coming to Har Sinai and not receiving the Torah? The answer is that there was a great revelation at Har Sinai. We learn from Dayeinu, however, that having a significant “spiritual experience” is not synonymous with receiving the Torah. (Ma’adanei Shlomo: Mo’adim p.126)

“And Avraham raised his eyes and saw — behold, a ram! — after it had become caught in the thicket by its horns; so Avraham went and took the ram and offered it up as an offering instead of his son.” (22:13)

The Gemara (Rosh Hashanah 16a) teaches: Rabbi Abahu said, “Why do we blow a ram’s horn on Rosh Hashanah?” [He answers:] “Hashem said, ‘Blow a ram’s horn before Me so that I will remember the Akeidah / binding of Yitzchak, the son of Avraham, and I will view it as if you bound yourselves before Me’.” [Until here from the Gemara]

R’ Shlomo Brevda z”l (1931-2013; Maggid and author, noted for his commentaries on the teachings of the Vilna Gaon z”l) wonders: Just because someone blows a ram’s horn he deserves a great reward as if he had offered himself on an altar in front of Hashem?! Moreover, when did Hashem ever command us to offer ourselves on an altar? Indeed, if Avraham had not been commanded expressly to offer Yitzchak, it would have been forbidden to do so!

R’ Brevda writes that these questions are answered by the explanation that R’ Yom Tov ben Avraham Asevilli z”l (Ritva, Spain; 1260-1320) gives to the Gemara. Ritva explains: Since the Mitzvah can be performed in an ideal fashion with any Shofar / animal horn that has a bent shape, why do we make a point of using a ram’s horn? Because, answers the Gemara as explained by Ritva, Hashem says, “Even though using a ram’s horn is only a custom, nevertheless, I have promised Avraham that as long as his descendants follow in his ways and perform Mitzvot with love, I will remember the merit of the Akeidah for them as if I had commanded them to offer themselves and they did so.” [Until here from Ritva]

R’ Brevda elaborates: An argument could be made that we should never remind Hashem of the Akeidah, because our Patriarch’s self sacrifice obligates us to follow in his footsteps, which is extremely difficult to do. Perhaps, then, it would be better to blow anything but a ram’s horn! Nevertheless, without being specifically commanded to do so, we blow a ram’s horn on Rosh Hashanah, which does “remind” Hashem of the Akeidah. Doing this makes a statement that we do, in fact, want to follow in Avraham’s footsteps, and that, in turn, brings merit to the Jewish People. (Lev Shlomo: Shavuot p. 224)

This week, we continue to excerpt from the introduction to Pe’at Ha’shulchan by R’ Yisrael of Shklov z”l (1770-1839).

In last week’s excerpt, we read of the great joy that the author’s teacher, R’ Eliyahu z”l (1720-1797; the Vilna Gaon), experienced when his (the Gaon’s) commentary on Shir Ha’shirim was completed. On that occasion, the Gaon made some personal revelations about himself:

This is what he said: All “wisdoms” are necessary for [understanding] our holy Torah and are included in it. He knew them completely, he said. He mentioned specifically: algebra, geometry, and music theory, and he praised music very much, saying that most of the “taste” of the Torah and its secrets, the songs of the Levi’im, and the secrets of the Tikkunei Zohar (a Kabbalisitic Midrash) are impossible to know unless one understands music. One can be so carried away by the pleasure of music that his soul can leave him, but with the secrets of music hidden in the Torah, one can revive the dead. He said that Moshe Rabbeinu brought several Niggunim / devotional melodies down from Har Sinai.

He [the Gaon] further discussed other wisdoms, and he said that he knew them completely, except for medicine. He said that he knew “surgery” [perhaps, anatomy] and everything related to it, and that he had wanted to study pharmacology from the doctors of his time, but his father, the Tzaddik, ordered him not to, because, if he possessed that knowledge, he would be obligated to interrupt his Torah studies to save lives. He said that he also knew witchcraft, which the members of the Sanhedrin and the Sages of the Mishnah knew and which they instructed must be studied; all that he was lacking was knowledge of the properties of grasses and their practical uses because such knowledge is in the hands of gentile villagers [and it was not feasible to study under them]. As for philosophy, he said that he had studied it completely, but that he had derived only two worthwhile lessons from it.

[He also described the breadth of his own knowledge of Torah, and he said:] Only two difficult topics in the Zohar he did not understand, and, if he would know of someone who could explain them to him, he would walk on his own two feet to learn from that person. [At the time, he was already advanced in age.]