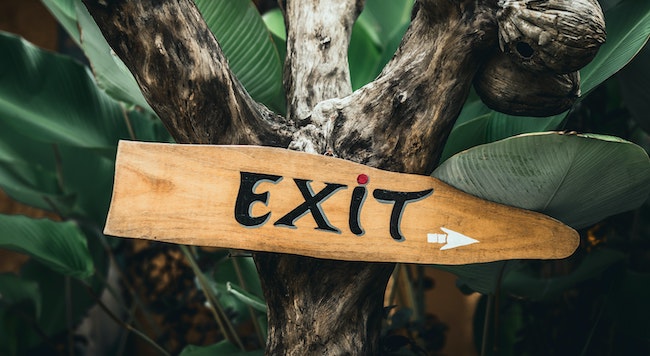 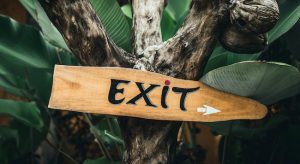 Sponsored by
Martin and Michelle Swartz
on the 100th yahrzeit of Martin’s great-grandfather
Maximilian Hofmann a”h, of Wienerneustadt, Austria (9 Shevat)

In this week’s Parashah, we read of the Exodus. R’ Yaakov Chagiz z”l (1620-1674; Morocco, Italy, and Turkey) writes: One way to attain Yir’at Hashem / fear or awe of G-d is to reflect on the fact that we, Bnei Yisrael, are His servants, because He took us out of Egypt, from under Pharaoh’s hand, where we had been enslaved and had performed hard labor with bricks and mortar. He took us from there to serve Him, as we read (Vayikra 25:55), “For Bnei Yisrael are servants to Me, they are My servants, whom I have taken out from the land of Egypt.” Perhaps, writes R’ Chagiz, the redundancy in this verse means to say: Bnei Yisrael are My servants because I am Master of the whole world, but more so than other nations, because I took Bnei Yisrael out of Egypt.

R’ Chagiz continues: It appears to me that belief in the Exodus is the most important foundation of the Torah. Through that belief, we will come to accept in our minds the obligation to serve our King who took us out of Egypt, and we will be willing even to give our lives for the sanctification of His Name–as a devoted servant places himself in danger to fulfill the will of his master, and as soldiers go into battle, willing to die for their king. Certainly, we, Bnei Yisrael, whom Hashem has honored by calling us His children, as we read (Devarim 14:1), “You are children to Hashem, your Elokim,” must be willing to give our lives and everything we possess in order to serve Him. (Orach Mishor)

R’ Shlomo Kluger z”l (1785-1869; rabbi of Brody, Galicia) writes: Rashi’s comment seems to contradict the Gemara (Pesachim 39a; Sukkah 13a), which limits the plants that may be used for Maror to those whose names do not include a “Shem Levai” / adjective or qualifier. (For example, writes Rashi to Sukkah 13a, “swamp Maror” may not be used for the Mitzvah because its name includes an adjective). Also, Maror must be a species that is soft when it is young but hardens as it ages; not all bitter herbs qualify!

Similarly, R’ Kluger continues, the rule that Maror must be a species that is soft when it is young but hardens as it ages, is meant to remind us that any bitterness in the Jewish People’s lives can be traced back to listening to the Yetzer Ha’ra, whose modus operandi is to be “soft” and appealing at first, and then to turn “hard” and aggressive. Again, however, this is relevant only after the Torah and its Mitzvot were given. (Korban Pesach 473:5)

“This day shall become a remembrance for you and you shall celebrate it as a festival for Hashem, for your generations, as an eternal decree shall you celebrate it.” (12:14)

Rashi z”l writes: I might think that “generations” means “for two generations,” the smallest plural number; therefore, the Torah says “an eternal decree.” [Until here from Rashi]

R’ Ovadiah of Bartenura z”l (15th century; Italy and Eretz Yisrael; author of the Mishnah commentary known by his name) asks: Let the Torah not say “generations” and it will not be necessary to say “an eternal decree”! He answers: The Torah is teaching that for all time, eternally, Pesach should be celebrated as joyously as it was celebrated for the parents and children (the first two generations) who experienced it. (Amar Naka)

“Bnei Yisrael carried out the word of Moshe, and they asked to borrow from the Egyptians silver vessels, gold vessels, and garments.” (12:35)

R’ Menachem Mendel of Rimanov z”l (1745-1815; early Chassidic Rebbe) writes: As a father takes pride in, and tells acquaintances about, every little thing his child does, so the Torah praises Hashem’s beloved children for even the small matter of asking the Egyptians to lend them objects of value. But, why is this praiseworthy at all? R’ Menachem Mendel explains: In Bnei Yisrael’s joy to be leaving Egypt, one would have expected them to do everything possible to make a clean break with the Egyptians. Certainly they could anticipate that “borrowing” items of value from the Egyptians would make the latter chase them. Moreover, Moshe never told Bnei Yisrael that Hashem commanded them to obtain items of value from the Egyptians, as he was only instructed by Hashem to “Please speak to them . . .” (Shmot 11:2), as if he was only giving them good advice. Nevertheless, Bnei Yisrael listened to Moshe in this matter, as our verse describes, and for that they are praised. (Menachem Tziyon)

The Gemara (Menachot 43b) teaches: If one has Tefilin “b’rosho” / on his head, Tefilin “b’zro’oh” / on his arm, Tzitzit on his clothes, and a Mezuzah on his door, it may be presumed that he will not sin. [Until here from the Gemara]

R’ Chaim Avraham Dov Ber Levine z”l (1860-1938; Chassidic Rebbe in New York, known as “the Malach”) writes: Our every day experience seems to contradict this teaching, for many people have all of these, and yet they sin! However, R’ Levin writes, a careful reading of the Gemara’s precise wording answers the question. The Gemara does not say, “If one wears Tefilin and Tzitzit etc.” The Gemara says, “If one has Tefilin b’rosho”–literally, “Tefilin in his head,” not just “Tefilin on his head.” If one puts on Tefilin, but then takes his mind off of them or if one puts on Tzitzit, but hides them inside his clothes, even when he is at home, he is not called one who “has” Tefilin or Tzitzit. Such Tefilin are not “in” his head, but only “on” his head, and they do not provide any protection against sinning. (Otzar Igrot Kodesh No.36)

This year, we will iy”H devote this space to discussing various aspects of our prayers. This week, we continue to examine the structure of our daily prayers.

R’ Elie Munk (1900-1981; rabbi in Ansbach, Germany and Paris, France) writes: The various prayers in the daily service were culled from multiple authors who lived in different periods, and were forged into a homogenous unit by a final author. This order was accepted by Halachah–it cannot be changed. To understand the inner structure of this order (as exemplified by Shacharit) we must turn to the Midrashic interpretation of Yaakov’s dream (Bereishit 28:12): “Behold! A ladder was set earthward and its top reached heavenward.” This, the Zohar says, refers to the prayer we utter on earth that reaches up to the heaven, as is written (Melachim I 8:39), “May You hear from the heaven . . .”

R’ Munk continues: A ladder is a tool for ascent. It symbolizes rising to a climax. This, too, is the meaning of prayer. . . The human mind must raise itself, step by step, above and beyond earthly bondage until, at the summit of the ladder, it meets His presence–but only after man has risen to Him–just as the angels in the dream first ascended the heavenly ladder to bring the earthly prayers to the throne of the Almighty, and then descended.

The Midrash says that the heavenly ladder in the dream had four rungs, R’ Munk continues. Rambam z”l, too, identifies four stages in the Torah’s narrative of Yaakov’s dream, paralleling the four levels through which human perception must advance to attain knowledge of G-d (see Rambam’s introduction to his Moreh Nevuchim).

R’ Munk continues: R’ Yeshayah Halevi Horowitz z”l (the Shelah Hakadosh; rabbi of Prague and Yerushalayim; died 1630) notes that the “four worlds of the philosophers” described by Rambam parallel the four worlds discussed in Kabbalah (known as “Asiyah,” “Yetzirah,” “Beriyah,” and “Atzilut”). The quest for truth must pass through all four of these stages if it is to succeed: first, perceiving the physical world, then extracting the laws that govern these perceived things (their “forms”), then seeking the causes behind these forms, and finally proceeding to the Ultimate Cause (G-d). This is the basis for the structure of our daily morning prayer, concludes R’ Munk: The first part, from Berachot to Baruch She’amar; the second part, from Baruch She’amar to Barchu (Pesukei D’Zimra); the third part, Kri’at Shema and its blessings; and the fourth part, Shemoneh Esrei. (The World of Prayer p.10-12)