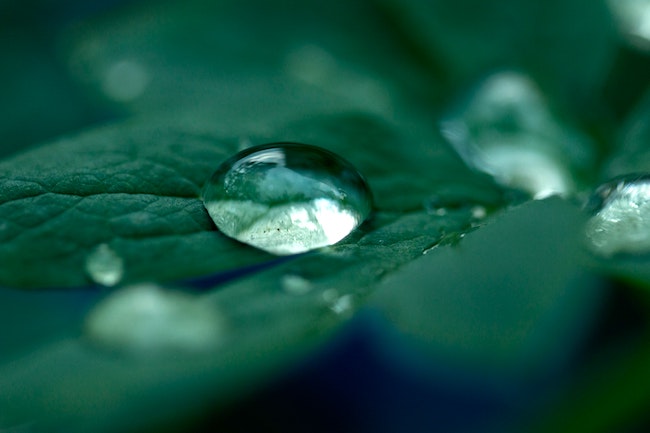 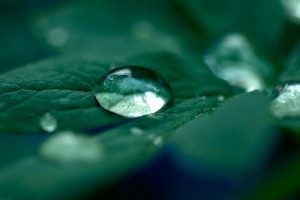 At the beginning of this week’s Parashah, Avraham welcomes his guests with the words (18:4), “Let Me’at / a little water be brought . . .” Why did he offer his guests only “a little” water?

R’ Chaim Shorin z”l (mid-1800s; rabbi of Khaslavitch, Belarus) explains: In Tanach, the term “Mayim Rabim” / “many waters” is used in reference to idolatrous nations (Tehilim 144:7) and the Yetzer Ha’ra (Shir Hashirim 8:7). These are called “many” because they turn man away from the “One” G-d. Similarly, we find that Esav’s small family is referred to as (Bereishit 36:6), “Nafshot / the souls (plural) of his house,” while Yaakov’s larger family is called (Shmot 1:5), “seventy Nefesh / soul (singular).” Yaakov’s family is one because of their shared belief in the One. Indeed, about the Jewish People it says (Devarim 7:7), “You are the Me’at / the few.”

Avraham believed that his guests were idolators who worshiped the dust on their feet (see Rashi to 18:4), so he told them, “Let a little water be brought and wash your feet.” He meant: Wash away your false beliefs and accept the Oneness of G-d alluded to by “Me’at” / “a little,” not a multiplicity of beliefs or ideas. Notably, the Gematria of the Hebrew phrase, “Let a little water be brought” equals the Gematria of “Shechinah” / the Divine Presence. (Divrei Chaim)

“Hashem appeared to him in the plains of Mamre while he was sitting at the entrance of the tent in the heat of the day.” (18:1)

Rashi z”l writes: [Hashem came] L’vaker / to visit the sick. Rabbi Chama the son of Chanina said: It was the third day after his circumcision and Hashem came and inquired into the state of his health. [Until here from Rashi]

R’ Daniel Feldman shlita (rabbi in Teaneck, N.J.) writes: Many commentaries write that the correct translation of “L’vaker” — which has the same root as the first word of “Bikur Cholim” — is not “visiting” but, rather, “checking into.” This supports the view that the Mitzvah of Bikur Cholim is not fulfilled by just visiting, but by looking into the patient’s needs and seeing how one can help. Here, for example, Hashem came to see what Avraham needed, and He saw that Avraham needed guests to whom he could provide hospitality.

At the same time, R’ Feldman notes, Rambam z”l ends his description of the Mitzvah of Bikur Cholim with the word “V’yotzei” / “And he leaves.” As much as a visitor believes he is helping the ill, part of the Mitzvah is, apparently, knowing when to leave. (Divine Footsteps p.45-46)

“For we are about to destroy this place, for their outcry has become great before Hashem; so Hashem has sent us to destroy it.” (19:13)

Midrash Rabbah teaches: Because the angels revealed Hashem’s secrets, they were not allowed to return to His inner sanctum for 138 years. [Until here from the Midrash]

R’ Chaim Zaichyk z”l (1906-1989; Rosh Yeshiva of Yeshivat Bet Yosef-Novardok in Buchach, Poland; later in Israel) asks: Were the angels not sent to destroy S’dom; thus, would it not become public very soon why they were there? Moreover, did it not serve the evil people of S’dom right to hear about their fate and “twist in the wind” a bit before they were destroyed?

He explains: Hashem dispenses reward and punishment in precise measures, as He determines fits the good or bad deed that was done. For the people of S’dom, He determined that the suffering they would experience when their city was actually destroyed was all they deserved; apparently, they did not deserve the extra suffering of knowing their end was near. (If that knowledge would have caused them to repent, that would be a different story, but Hashem knew that was not the case.) Likewise, for Lot and his family, the actual fright they would experience at the moment of escaping S’dom was sufficient to atone for their sins; they also did not deserve the extra worry that the angels caused them. Therefore, the angels had no business revealing what their mission in S’dom was. (Ohr Chadash: Chanukah-Purim p.7)

Rashi z”l explains: He shall be judged according to his actions now, and not according to what he may do in future. The angels said: “Master of the Universe, for one whose descendants will kill your children through thirst [at the time of the destruction of the Temple] will You provide a well?” Hashem asked them, “What is he now, righteous or wicked?” They replied, “Righteous.” Hashem said to them, “I will judge him according to his present deeds.” [Until here from Rashi]

R’ Srayah Deblitzki z”l (1926-2018; Bnei Brak, Israel) explains: Hashem knows the future, but He chooses not to take that knowledge into account when judging a person. However, if the person being judged is already planning future wickedness, Hashem does take that into account.

R’ Deblitzki adds: It would seem that a person does not need to have positive thoughts in order to be judged favorably, as long as he does not have negative thoughts. This would explain our custom of adopting stringencies for the duration of the Ten Days of Repentance–for example, eating only Jewish-baked bread. Even though we have no plans to continue practicing this stringency after the High Holidays, our neutral thoughts combined with our positive action contribute to being judged favorably. (Ani L’dodi: L’nefesh Tidreshenu p.218)

“I shall surely bless you and greatly increase your offering like the stars of the heavens and like the sand on Sefat Ha’yam / the seashore.” (22:7)

R’ Chaim Yaakov Safran z”l (1892-1969; Komarno Rebbe in New York) asks: What is the significance of Avraham’s descendants being as numerous as the sand “on the seashore,” as opposed to any other sand?

He explains: When Pharaoh related his dreams to Yosef, he said (Bereishit 41:17), “In my dream, behold! — I was standing upon Sefat / the bank of the River.” But, when Yosef recalled this event, he said (Tehilim 81:6), “I heard ‘Sefat’ [literally, in that context, ‘a language’] that was unknown to me”–that is, Yosef did not believe that Pharaoh had dreamt about a riverbank. Why? Because the prophet says (Yeshayah 57:20), “The wicked will be driven like the sea.” The waves of the sea represent the desires that sweep the wicked along in their wake, while the sand on the seashore/riverbank represents the restraint that those who observe the Torah practice when confronted by those waves. In our verse, Avraham is promised that his descendants would have this trait, one that Yosef knew was foreign to Pharaoh.

The Komarno Rebbe adds that this is the symbolism in praying at a riverbank on Rosh Hashanah. (Pri Chaim: Moadim p. 90)

This year, we will iy”H devote this space to discussing various aspects of our prayers. This week’s Parashah is the first that mentions prayer expressly–specifically, Avraham’s prayer for S’dom. Of the day after that prayer, we read (19:27): “Avraham arose early in the morning to the place where he had stood before Hashem,” indicating that he returned to the place where he had prayed previously. Based on this verse, the Gemara (Berachot 6b) says: “If one establishes a fixed place for prayer, the Elokim of Avraham will come to his aid. And, when he passes away, they will say, ‘So humble! So pious! A student of Avraham Avinu!’” [Until here from the Gemara]

Why is it praiseworthy to have a fixed place for prayer? R’ Yosef Paznowsky z”l (1875-1942; a wood merchant in Pabiance, Poland who authored a multi-volume Torah commentary and other works) explains that praying, studying Torah, or performing a Mitzvah in a particular location imparts holiness to that location; therefore, it makes sense to pray in that location again. By the same token, committing a sin in a particular place imparts impurity to that place. That, he writes, is why our Sages say that complete repentance for a sin can only be achieved by withstanding the same temptation at the same location, for that drives away the impurity that was created initially. (Pardes Yosef)

Why is having a fixed place for prayer a sign of humility? R’ Ahron Lopiansky shlita (Rosh Hayeshiva of the Yeshiva of Greater Washington) explains: Being humble means recognizing that one is but a tool to carry out Hashem’s Will, that one’s entire purpose is to serve Hashem. An agent who distributes $5 million of other people’s money to charity doesn’t brag about how much money he gave; likewise, a humble person doesn’t become haughty from being Hashem’s agent.

Prayer is a way to recognize that we have nothing, that we are dependent on Hashem to fill our voids–our needs for wisdom, health, sustenance, etc. By designating a “place” to pray, we can reflect on a void waiting to be filled, which is what a “place” is. The people of S’dom failed to humble themselves, so S’dom ceased to be a place. When Avraham prayed for them, he did so at his fixed place of prayer. It may seem ironic that Avraham prayed so brazenly while emphasizing that he was “dust and ashes,” but it was exactly that humility that enabled him to pray. (Heard from R’ Lopiansky, 17 Cheshvan 5780; Yeshurun Vol. III p.507)