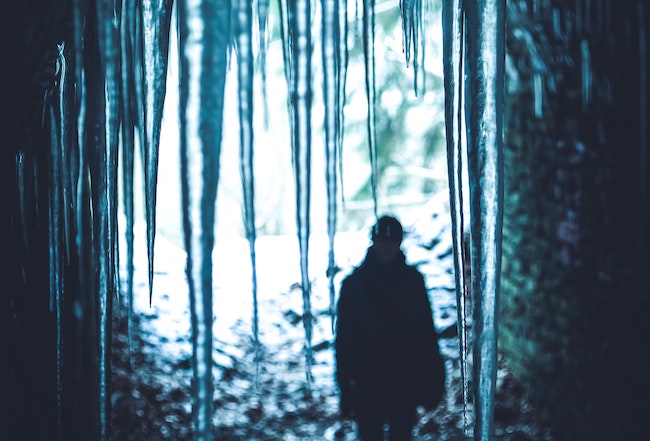 It’s Okay to be Afraid 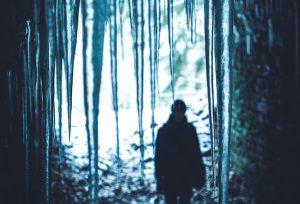 At the beginning of this week’s Parashah, Yaakov prepares to meet Esav for the first time since Esav made up his mind to kill Yaakov. Yaakov hears that Esav is marching toward him with an army of 400 men, and “Yaakov became very frightened” (32:8). Why was Yaakov frightened? Did he not have Bitachon / trust in Hashem, Who had promised to protect him? Was Yaakov’s fear a sin? Many of the classical commentaries–including Rashi, Rambam, Ramban, and Ibn Ezra, among others–discuss these questions.

R’ Yitzchak Abarbanel z”l (1437-1508; Portugal, Spain and Italy) writes: Yaakov’s fear of Esav was not due to a weakness in his Emunah / faith or his Bitachon. Yaakov’s fear was like the feeling a brave warrior has before going into battle–he recognizes the reality that he may be killed, but he forges ahead anyway. If one goes into war thinking there is no danger, we would not call him brave! Where is his bravery, if he is oblivious to the danger he is in? If a person does not know the value of money or is so wealthy that money is meaningless to him, would we praise him for his charity? Only one who understands what he is giving up is praiseworthy!

Likewise, continues R’ Abarbanel, Yaakov’s Bitachon was meaningful only because he was afraid of Esav. Had Yaakov not understood what he was up against, his Bitachon would have been worthless. Clearly, Yaakov did trust in Hashem, for there were many ways he could have to saved himself–fleeing, sending a messenger to their father Yitzchak asking him to intervene, etc.–but Yaakov did not do any of those things. Our Sages teach that a Jew should not say, “I hate non-kosher food.” Rather, he should say, “It looks delicious, but the Torah prohibited it to me!” Similarly, writes R’ Abarbanel, a person should not say, “I am not afraid!” Rather, he should acknowledge his fear, and then he should place his trust in Hashem. (Peirush Al Ha‘Torah)

“He charged them, saying, ‘So shall you say: To my lord, to Esav, so said your servant Yaakov–I have sojourned / “Garti” with Lavan and have lingered until now’.” (32:5)

Rashi z”l writes: The word “Garti” has the numerical value of “Taryag” Mitzvot / the 613 Commandments. Yaakov is saying: I kept them all and learned none of Lavan’s evil ways. [Until here from Rashi]

R’ Yonoson David shlita (Rosh Yeshiva of Yeshiva Pachad Yitzchak in Yerushalayim) asks: Presumably, Yaakov meant to say that he prevailed over Lavan in the merit of his Mitzvah observance, and he likewise would prevail over Esav in that merit. But, why did he mention that there are 613 Mitzvot?

R’ David explains: There is a fundamental difference between Lavan’s and the Torah’s respective world-views. At the end of last week’s Parashah, after Yaakov’s eloquent defense of his decision to run away, Lavan replies (31:43), “The daughters are my daughters, the children are my children, and the flock is my flock, and all that you see is mine.” Lavan meant: “Nothing you said made any impression on me. I, Lavan, do not believe any order exists in this world; it is a free-for-all, where everything is mine if I say so. Certainly, I do not believe in right or wrong.” This, writes R’ David, explains why the Torah records (24:50): “Lavan and Betuel answered . . .” The Torah is teaching that Lavan spoke before his father because, in Lavan’s world, there is no order.

In contrast, R’ David continues, the Torah tells us that Rivka–Lavan’s sister and Yaakov’s mother–was an orderly person. When Avraham’s slave asked her two questions at once, she answered the first question first and the second question second (see Rashi to 24:24). The contrast between Lavan and Rivka is not just a difference in manners; it is fundamental to the mission of which Rivka was to become a part–to establish twelve holy tribes that would implement Hashem’s order in the world. The fact that there are exactly 613 Mitzvot is not random; it is “orderly,” paralleling the 613 parts of the human body (see Makkot 23b). [Thus, by telling Esav that he kept the 613 Mitzvot, Yaakov was conveying that he expects to be safe from Esav because he is in the midst of accomplishing the holy mission assigned to him.]

R’ David adds: In this light, we can better understand why the Sages instruct us to recite the third Parashah / passage of Shema (i.e., the Parashah of Tzitzit) daily. The Mishnah (Berachot 2:2) teaches that we accept the yoke of Mitzvot in the second Parashah of Shema (“Ve’hayah Im Shamo’a”). What, then, is added by the third Parashah, which also seems to be about the Mitzvot–saying, for example: “It shall constitute Tzitzit for you, that you may see it and remember all the commandments of Hashem and perform them”? R’ David explains: Ve’hayah Im Shamo’a refers to Mitzvot generally, whereas the third Parashah actually alludes to the existence of 613 Mitzvot (see Rashi to Bemidbar 15:39). As explained, that number reflects that the Mitzvot are not a random collection of commandments; there is order to them. (Kuntreis Sukkot 70)

“I have become small as a result of all the kindnesses and all the truth that You have done Your servant.” (32:11)

The Midrash Tanna D’vei Eliyahu Zuta (1:5) teaches: Yaakov is to be praised especially for his Tzedakah / acts of charity, as it is written, “I have become small.” This refers to Tzedakah, as it is written (Mishlei 16:8), “Better a little Tzedakah . . .” [Until here from the Midrash]

R’ Chaim Abulafiah z”l (1669-1744; Eretz Yisrael and Izmir, Turkey) writes in the name of R’ Y. Chabiliv z”l (referred to by those who quote him as the “Chassid” / “pious one” and “Kadosh” / “holy one”; possibly a reference to a 17th century rabbi of Chevron by that name): What led the Midrash to conclude that our verse refers to Yaakov’s giving Tzedakah? Seemingly, Yaakov is saying the opposite: I have insufficient merits with which to deserve Your kindness!

R’ Chabiliv answers: The Arizal teaches that one should not put himself down or minimize his own good deeds in a time of danger. Consistent with this, the author of the Midrash was bothered by Yaakov’s seeming to minimize his own merits. Therefore, the Midrash reinterpreted the verse as extolling Yaakov’s merits. (Etz Ha’Chaim: Parashat Vayakhel)

R’ Chaim Yosef David Azulai z”l (1724-1806; lived in Eretz Yisrael and Italy, but traveled throughout Europe and North Africa; known as “Chida”) adds: Nevertheless, Yaakov did not want to appear to have served Hashem for the sake of receiving reward. Therefore, he used an ambiguous expression that both alluded to the diminishment of his merits because of G-d’s kindness and alluded to his performing the Mitzvah of Tzedakah. (Pnei David, quoted in Otzrot Ha’Chida)

R’ Naftali Hertz Weisel z”l (1725-1805; German banker, and prolific author of works of Torah commentary, Hebrew grammar, and Mussar) writes: Surely the angel knew Yaakov’s name! Rather, this verse should be understood like the verse (Shmot 4:2), “Hashem said to him, ‘What is that in your hand?’ and he said, ‘A staff’.” Obviously, Hashem knew that Moshe was holding a staff. Hashem meant, “How do you perceive that thing in your hand?” to which Moshe answered, “I perceive it to be a staff.” “No!” replied Hashem, “it is a snake!” Here, likewise, the angel was asking, “What spiritual powers do you perceive in yourself?” to which our patriarch answered, “The spiritual powers of Yaakov,” a name that represents humility. “No!” replied the angel, “You have the much greater spiritual powers represented by the name ‘Yisrael,’ meaning, ‘You have wrestled with the Divine and with man and have overcome!’” (Imrei Shefer)

Rabbeinu Bachya ibn Pekudah z”l (Spain; early 11th century) writes: “Know, my brother, that our goal when praying is for our soul to pine for Elokim and to humble itself before Him, at the same time that we elevate Him through our praises and thanksgiving, and place all of our burdens upon Him.” (Chovot Ha’levavot: Sha’ar Cheshbon Ha’Nefesh 3:9)

Rabbeinu Bachya writes further: A certain Tzaddik used to say after his prayers, “. . . You [G-d] know what I need and how to save me from harm. I did not tell You my needs in order to bring them to Your attention; rather, I did so in order to recognize what I am lacking so that I may place my trust in You. If, in my foolishness, I ask for something that is not in my best interests, or I ask for something that is not what I need — Your choice is better than my choice! I leave everything to Your decree, as King David said (Tehilim 131:1-2), ‘My Master! My heart is not proud nor my look haughty; I do not aspire to great things or to what is beyond me. I have taught myself to be contented like a child nursing from its mother; like a nursing child am I in my mind’.” (Ibid 3:18)

R’ Yehuda Meir Dvir shlita (Yerushalayim) explains: Rabbeinu Bachya is teaching that the purpose of spelling out our needs in our prayers is not in order to have those needs fulfilled. [In any event, G-d knows what we need better than we know it.] True, we phrase our prayers as requests, and a consequence of our prayers may be that our needs are fulfilled. However, the ultimate goal of prayer is not to get what we need; it is to internalize how much we need Hashem in order to obtain our needs.

To be clear, R’ Dvir continues, it is essential to accomplishing this goal that we make requests from Hashem and place our burdens on Him–the more, the better. The more needy we feel, the more meaningful our Bitachon / trust in Hashem will be. (Bet Lechem Yehuda: Haskel Ve’ya’doa p.69)