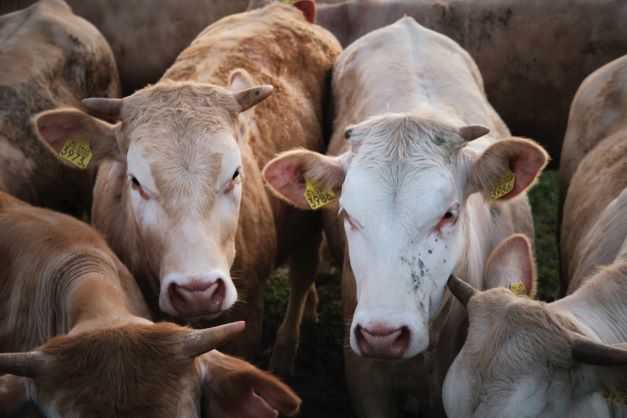 In the Right Time 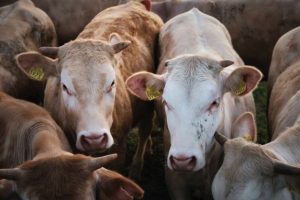 In this week’s Parashah, the Torah teaches which animals may be eaten and which may not. Commentaries note that we seem to find conflicting attitudes within the Torah itself, and also in the words of our Sages, towards eating meat. Before the Flood, mankind was forbidden to eat animals. After the Flood, mankind was permitted to eat animals. After the Torah was given, we are permitted to eat some animals, but not others. Even regarding animals that may be eaten, the Gemara (Bava Metzia 85a) relates that the Sage Rabbi Yehuda Ha’nasi, the editor of the Mishnah, was punished with intestinal disease for saying to a calf, “You were created to be slaughtered as food!”

R’ Yaakov Filber shlita (Yeshivat Merkaz Ha’rav in Yerushalayim) writes: R’ Yosef Albo z”l (Spain; 1380-1444) explains that killing animals has a negative influence on man’s character; therefore, it was prohibited originally. However, mankind misunderstood and thought that eating meat was prohibited because mankind is no better, no more significant in the big picture, than animals. This mistaken attitude led mankind to abandon its lofty calling, which, in turn, led to the Flood. To correct this, Hashem permitted mankind to eat meat after the Flood. After the Torah was given, the Torah elevates us so we will not think that we are no better than animals, so some animals were again prohibited to us.

Why, then, are all animals not prohibited? R’ Filber quotes R’ Avraham Yitzchak Hakohen Kook z”l (1865-1935; first Ashkenazic Chief Rabbi of Eretz Yisrael) who explains: Until mankind has perfected itself, until individuals no longer engage in petty fights with their relatives, until nations no longer seek to destroy each other, we have enough work to do without worrying about “animals’ rights.” One who thinks he has time to focus on the morality of eating animals is overlooking the need to tackle more serious and urgent character failings. (Chemdat Ha’yamim)

R’ Chaim Kanievsky z”l (1928-2022; Bnei Brak, Israel) explains: Midrash Rabbah states that the four non-kosher animals mentioned in the Torah–these three, plus the pig–represent the four primary nations that oppressed the Jewish People: Babylon (camel), Persia (hyrax), Greece (hare), and Rome (pig). A careful study of the verses of the Prophets and related teachings of our Sages reveals that the kingdom of Bavel (Babylon) existed as a world power only for the short time that it oppressed the Jewish People; thus, the verse alludes to it in the present tense. (It existed only for a brief “present.”) Greece was a significant nation long before it expressed the Jewish People, but not for very long afterward; thus, it is alluded to in the past tense. (Its past was longer than its “present” or its “future.”) Persia had almost no past before it oppressed the Jewish People, but it will continue to play a role in the world until Mashiach comes; thus, it is alluded to in the future tense. (Ta’ama D’kra)

R’ Leib Mintzberg z”l (1943-2018; rabbi and Rosh Yeshiva in Yerushalayim and Bet Shemesh, Israel) writes: We find Pesach described in two different ways in the Torah. Some passages focus on the day of the Exodus–for example (Shmot 12:14-18):

Other verses seem to focus on the season and do not even mention the day of the Exodus–for example (Devarim 16:1, 8):

R’ Mintzberg explains: There are two different aspects to Pesach. On the one hand, Pesach commemorates the miracle of the Exodus. That miracle occurred on a specific day, and it therefore is commemorated on a specific day. Thus, the above passage from Shmot focuses on the first day of Pesach. (The verses also mention the seventh day to teach that the miracle was so great that it should be commemorated for seven days.) On the other hand, Pesach commemorates our state of being free. A state of being is not connected with a specific day; it is in ongoing. Therefore, the passage from Devarim focuses on the season and does not even mention the first day of Pesach. Instead, the Torah mentions the seventh day of Pesach, which is the climax of our celebration of our freedom.

R’ Mintzberg notes that this explains a difference between how our Sages discuss Chanukah and Purim. Regarding Chanukah, which commemorates a very open miracle, our Sages use the phrase, “They were established as days of praise and thanksgiving.” Since a specific miracle can be identified, the celebration can be limited to specific days. In contrast, Purim commemorates a hidden miracle, a series of events that one could attribute to political machinations and intrigue. Thus, we find that the Purim celebration encompasses not just a day, but a “season,” as in the statement: “When Adar arrives, we increase our joy,” and as Megillat Esther says, “The month that turned from sorrow to joy.” (Ben Melech: Yemei Ha’Purim No.1)

Having Bitachon saves a person from feeling a need to travel to distant places, which exhausts the body and hastens a person’s end.

R’ Bachya continues: It is told that a certain pious man traveled to a distant land in his youth in search of his sustenance. There, he met an idolator, and he remarked to the idolator, “How misguided and ignorant are your ways!”

The idolator asked him, “Whom do you serve?”

The pious man answered, “I serve the Creator, Who is all-capable, and Who sustains all, like no other.”

The idolator retorted, “Your actions contradict your words.”

“How so?” asked the pious man.

The idolator answered, “If what you say is true, your G-d would sustain you at home just as He does here, and you would not trouble yourself to travel to this distant land in search of sustenance.”

The pious man acknowledged the correctness of this argument and went home, and he never left his town again. (Chovot Ha’levavot: Sha’ar Ha’bitachon, Introduction)

R’ Yaakov Niman z”l (Rosh Yeshiva of Yeshivat Ohr Yisrael in Lida, Poland and Petach Tikvah, Israel; died 1983) asks: Perhaps it was decreed that a person wander far from his home as an atonement for his sins, and he does not deserve to receive his sustenance at home?!

He answers: When a person who has Bitachon sees that he is having trouble earning a living at home, he considers the possibility that it is because of his sins. Then, he undertakes a full repentance and obviates the need to wander in exile as an atonement.

R’ Niman continues in the name of his teacher, R’ Nosson Zvi Finkel z”l (1849-1927; the Alter of Slabodka): When a person goes outdoors and is uncomfortable in the sun and heat, he gets upset. He is right to be upset. Hashem wants man to be comfortable and happy, and it is only because of the sin of Adam Ha’rishon [and our continuing sins] that we experience discomfort. [Until here from the Alter of Slobodka.]

R’ Niman concludes: If we would purify our hearts and come closer to Hashem, we would not suffer from everyday nuisances, as the Mishnah (Avot 3:5) teaches, “If one takes upon himself the yoke of the Torah, the yoke of government and the yoke of worldly concerns are removed from him.” On the other hand, if a person does not correct his ways, yet he tells himself that Hashem will give him whatever he wants because he has Bitachon, he is misguided. In fact, Hashem will be doing him a favor by not fulfilling his desires, so that he will receive an atonement. (Darchei Mussar p.351)