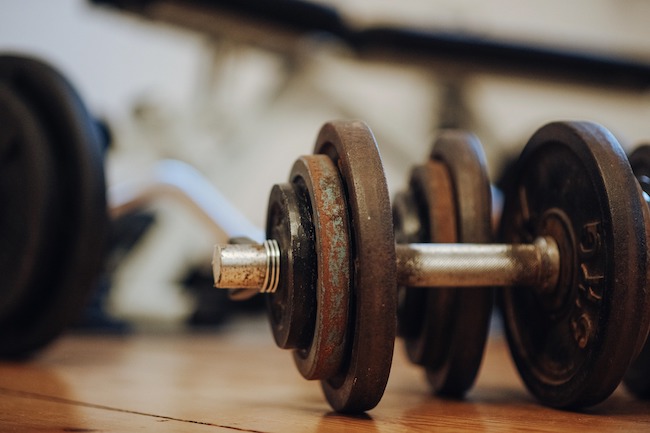 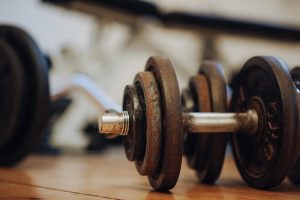 At the beginning of our Parashah, Yaakov travels to Charan. Upon arriving there, he finds the well covered by a stone so heavy that even three shepherds cannot move it. Nevertheless, Yaakov, who had just traveled a long way, and must have been tired, walks over and moves the stone. R’ Moshe ben Nachman z”l (Ramban; 1194-1270; Spain and Eretz Yisrael) writes: “This is meant to inform us that one who hopes for Hashem’s help renews his power, and awe of Him gives a person strength.”

R’ Yehuda Meir Dvir shlita (Yerushalayim) writes: Yaakov himself clearly knew this teaching, or he would not have tried to move the stone. R’ Dvir adds, in the name of his teacher R’ Simcha Zissel Broide z”l (1912-2000; Rosh Yeshiva of the Chevron Yeshiva in Yerushalayim), that there is more to this lesson than meets the eye.

At the end of the Parashah, Yaakov leaves Charan, and Lavan pursues him. We read (31:36), “Then Yaakov became angered and he argued with Lavan.” Midrash Rabbah asks: Do you think Yaakov hit Lavan? No, Yaakov appeased Lavan, as the verse continues, “He said to Lavan, ‘What is my transgression? What is my sin that you have hotly pursued me?’” This, says the Midrash, is what it looked like when the Patriarchs were angry.

Midrash Rabbah relates our verse to the psalm (Tehilim 121:1-2), “Shir la’ma’alot / A song to the ascents, I raise my eyes to the Harim / mountains; from where will my Ezer / help come? My help is from Hashem, Maker of heaven and earth.” Says the Midrash: Yaakov said, “I look at my Horim / parents. When Eliezer went to find a wife for my father Yitzchak, he took ten camels laden with gifts, while I am going empty-handed to look for a wife. From where, then, will my help come? How will I find a wife?” Then Yaakov said, continues the Midrash, “Am I giving up hope in my Creator, G-d forbid? I will not! My help is from Hashem, Maker of heaven and earth.” [Until here from the Midrash]

R’ Sholem Flam z”l (1929-2003; the Strettiner-Ocean Parkway Rebbe in Brooklyn, N.Y.) explains: The word “Ezer” refers to a wife (see Bereishit 2:18). Yaakov thought, at first, that Hashem wanted him to find a wife through normal methods, and that requires having the means to enter into a match. Then Yaakov said to himself: Hashem created heaven and earth. Surely, He can change nature if He wishes so that I will be able to find a wife. One way or another, He will help me!

R’ Flam continues: This does not mean that Yaakov was in doubt even for a moment. Yaakov always knew that Hashem would provide the means for him to marry; he just wondered how that would come about. Then Yaakov raised himself to a very high level of Bitachon–a level on which he understood that Hashem can provide for a person even in the absence of any natural means. “My help is from Hashem, Maker of heaven and earth,” who does not need to resort to normal methods. (Dibrat Shalom)

R’ Yerachmiel Shulman z”l Hy”d (Menahel Ruchani of the Bet Yosef-Novardok Yeshiva in Pinsk, Poland; killed in the Holocaust) elaborates: When one’s god is his own creation, one can subjugate that god to his will. When one’s G-d is the Creator, he subjugates himself to G-d’s will. (Peninei Ha’chochmah 1:29)

Rashi z”l comments: Yaakov worked with the same dedication the second seven years as he had the first seven years, even though he had been tricked into working.

Rashi explains: Rachel was envious of Leah because of Leah’s good deeds. Rachel thought, “Unless she were more righteous than I am she would not have been privileged to bear children.”

R’ Avraham Zvi Kluger shlita (Bet Shemesh, Israel) writes: Rashi is teaching that Rachel was not envious of Leah, but only of her good deeds. In this vein, our Sages teach, “Jealousy among scholars causes increased wisdom.” When we see others who perform more good deeds than we do or study more Torah than we do, we can be inspired to improve ourselves by being “envious” of their good deeds or their wisdom.

However, R’ Kluger cautions, finding inspiration in this way is not for everyone. It is only for a person who has a healthy self-image. Otherwise, a person will become depressed and accomplish nothing. As noted, Rachel did not wish she was someone other than she was (i.e., Leah). Rather, in her humility, she wished that she had performed as many good deeds as she assumed Leah had. (Yichud Ha’hitbodedut p.50)

R’ Shlomo Kluger z”l (1785-1869; rabbi of Brody, Galicia) writes: Yaakov married one of his wives (Rachel) willingly and the other (Leah) unwillingly. Many Midrashim compare receiving the Torah to marriage. Thus, fittingly, Midrash Tanchuma (Parashat Noach) teaches that, likewise, Bnei Yisrael accepted the Written Torah willingly–saying, “Na’aseh Ve’nishma” / “We will do and we will hear”–and the Oral Torah unwillingly–Hashem held the mountain over them and threatened to drop it on them (see Shabbat 88a).

This dichotomy existed already in Egypt, R’ Kluger continues, where Bnei Yisrael had two prophets: Moshe, who is most closely associated with the Written Torah, and who “brought up Yisrael from Egypt” (in the words of our verse), and Aharon, who was a teacher of the Oral Torah (see Malachi 2:6), and who “tended” to Bnei Yisrael’s needs in Egypt.

Thus, concludes R’ Kluger, Leah, the wife who was taken unwillingly and who, therefore, is associated with the Oral Torah, which was received unwillingly, called her son “Reuven,” meaning (see Rashi to Bereishit 29:32): “Look at the difference between my son and my father-in-law’s son [Esav].” It is the Oral Law that distinguishes us from Esav’s descendants, since his descendants claim our Written Law (Bible) as theirs also. (Chochmat Ha’Torah: Shema Shlomo)

True Bitachon is placing one’s faith and reliance regarding all matters in Hashem alone, not in any of the means that people use to achieve their ends. If a person was sick and was healed, he should know in his heart that it was not the medicine that cured him; rather, the medicine worked because Hashem so decreed, as it is written (Devarim 32:39), “I struck down and I will heal.” Bitachon means knowing that one cannot be hurt by another unless that is Hashem’s will, as we read regarding a murder victim (Shmot 21:13), “Elokim had caused him to come to his hand.”

If one engaged in business and was able to buy merchandise and sell it at a profit, he should know that it was not his activities that brought him a profit. Rather, it was Hashem’s decree, as the Torah states (Devarim 8:18), “It is He Who gives you strength to make wealth.” Onkelos translates: “It is He who gave you the idea to purchase [these] assets.” If there was a catastrophe, know that that, too, resulted from Hashem’s thoughts, as He warns (Devarim 28:38), “You will take abundant seed out to the field, but you will harvest little, for the locust will devour it.”

Rabbeinu Avraham emphasizes: This does not mean that one may rely on miracles or sit with his hands folded waiting for his sustenance to come to him. That is a very high level of Bitachon that is permitted only in rare situations. [More about this inside and next week.] Generally, the world operates according to the laws of nature, which means, for example, that a person who eats healthy foods generally will be healthy, and one who eats unhealthy foods generally will become ill. One who plants a given volume of seeds generally can expect a certain return, and not more. For the average person, Bitachon means understanding that nature functions because that is Hashem’s will, and that Hashem can bend or reverse the laws of nature when He chooses to; for example, to punish a person for his sins. Therefore, say our Sages, before one goes in for a medical procedure, he should pray, “May it be Hashem’s will that this procedure succeed”; before performing his job, one should say, “May it be Hashem’s will that the handiwork of my hands be blessed”; and so on. Bitachon also means not working excessively to the point that one neglects his obligation to make Torah study his primary focus. (Ha’maspik L’ovdei Hashem, ch. 8)