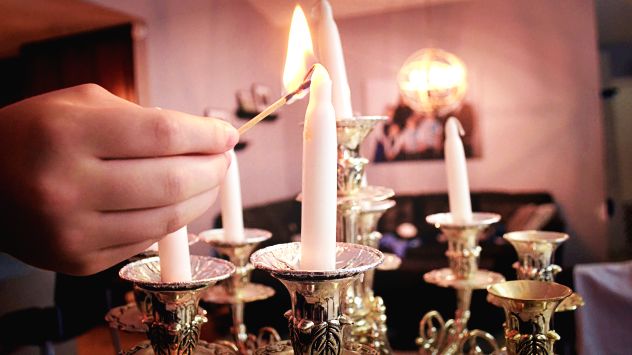 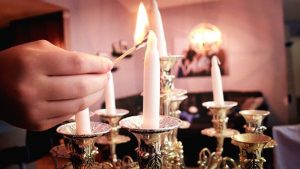 The Zohar Chadash asks: The verse (2:1) beginning, “Vy’chulu” / “They were finished,” seems superfluous! The Sage Rabbi Berachyah answers: In addition to “finishing,” the root of the verb “Vy’chulu” can express “longing” (see Tehilim 84:3). The verse is teaching that, when Creation was completed, all who saw it “longed” for it. The Sage Rav Huna answers: On the day when Creation was completed–Shabbat–Hashem looked back at His handiwork and “longed” for it. [Until here from the Zohar]

R’ David Zvi Shlomo Deutsch shlita (Yerushalayim) explains (based on earlier works): Rabbi Berachyah is teaching that the arrival of Shabbat causes a fundamental change in Creation. At that moment, all of Creation–from sticks and stones to all living things–are suffused with the light of the Shechinah. A perceptive person can see that Creation is different on Shabbat, and this causes him to long for a connection to its Creator.

R’ Deutsch continues: Rav Huna is teaching that when Shabbat arrived, Hashem, so-to-speak, “appreciated” what He had created. Until then, say our Sages, the universe was unstable, lacking a soul. Shabbat is the soul of Creation and gives it its staying power. Therefore, Hashem “longed for”–i.e., appreciated–His Creation more once Shabbat arrived. (Zohar Ha’Shabbat p.1)

R’ Shalom Shachna Zohn z”l (1910-2012; Rosh Yeshiva in Mesivta Torah Vodaath in Brooklyn, N.Y.; later head of a network of Kollelim in Yerushalayim) writes: The Zohar comments on our verse that there is a sheltered place in Gehinnom for one–even the most wicked individual–who has a momentary thought of repentance before he dies, even if he is unable to complete the formal steps of Teshuvah / repentance before leaving this world. That thought of repentance that he had burrows its way into Gehinnom and helps him to rise out of that place, says the Zohar.

R’ Zohn continues: Perhaps, in light of this, we can understand a comment by R’ Moshe ben Nachman z”l (Ramban; 1194-1270; Spain and Eretz Yisrael) about the beginning of Creation. Ramban writes that the beginning of Creation–the creation of Yesh Mei’ayin / “something from nothing”–was like a tiny point, nearly lacking in substance. From that tiny point, Hashem formed all other creations. [Until here from Ramban]

What, asks R’ Zohn, was the purpose of creating the world in that manner? It is obvious, R’ Zohn answers, that the Torah wishes to teach us the importance of the small point from which bigger things begin. Teshuvah, for example, begins with just a “tiny” thought that does not yet have any substance.

The Gemara (Kiddushin 49b) teaches: If a man gives a woman an item of value [e.g., a ring], and says, “You are betrothed to me on the condition that I am completely righteous,” she is married to him, even if he is known to be wicked, for perhaps he had a thought of Teshuvah. [Until here from the Gemara.] We see, writes R’ Zohn, that a “thought of Teshuvah” has the potential to change a wicked person into a completely righteous person.

R’ Zohn concludes: Our Sages say, regarding Teshuvah, “You open an opening like the eye of a needle, and Heaven will open an opening like the door of the Bet Hamikdash,” which was approximately 40 feet wide by 80 feet tall. All of this is teaching us not to denigrate even the smallest thought of Teshuvah, whether our own or someone else’s. Rather, we must cherish it, guard it, and attempt to convert it into action–true repentance. (Pirkei Teshuvah ch.1)

R’ Yosef Albo z”l (Spain; 1380-1444) writes: One of the behaviors that prevents a person from doing Teshuvah / repenting is making excuses or blaming others. One who does this will never regret his actions and will never confess. Such a person is called, “One who covers-up his sins,” as in the King Shlomo’s warning (Mishlei 28:13), “One who covers-up his sins will not succeed.” This is what Adam did in our verse, and it did not save him from punishment.

R’ Albo continues: Man was given the intelligence to “supervise” his own behavior. This is why even an unintentional sinner is called a sinner, and it is why a person bears some responsibility even for his mistakes, and even when someone else leads him astray. Hashem said to Adam (verse 17), “Because you listened to your wife’s voice and ate of the tree about which I commanded you saying, ‘You shall not eat of it,’. . .” Adam was not commanded not to listen to his wife, but he was expected to independently evaluate everything his wife or anyone else told him, and to decide on a correct course of action. This is why Adam’s excuse–“My wife gave me the fruit”–did not help him. (Sefer Ha’ikkarim IV ch.26)

R’ Uri Weisblum shlita (Mashgiach Ruchani of Yeshivat Nachalat Ha’levi’im in Haifa, Israel) elaborates: In the Yom Kippur prayers, we recite the description of Hashem’s judgment found in the Mishnah (Rosh Hashanah 16a): “All people pass before Him like ‘Bnei Maron’.” The Gemara and Rashi explain that “Bnei Maron” means: Like sheep that walk single file to be counted for tithing.

What is the significance of walking single file on the Day of Judgment?

As Adam did at the very beginning of history, man has a tendency to dismiss his faults by blaming them on his environment, his friends, his parents, his teachers, or any number of other causes–anyone or anything but himself. But, on the Day of Judgment, each of us stands before Hashem all alone; there is no one but ourselves to blame for our sins.

R’ Weisblum continues: There is no denying that a person can be influenced negatively by other people or by his surroundings. However, those negative influences are tests we are meant to struggle with and, ultimately, withstand. If we do not, we are held accountable.

Without this recognition, R’ Weisblum adds, there can be no repentance. A person cannot repent if he does not believe he sinned–if he does not acknowledge that a particular action was improper and if he does not accept responsibility. That is the meaning of the first word of Viddui / confession: “Ashamnu”/ “We have been guilty.” (He’arat Ha’derech: Mo’adim p.68)

“To welcome (literally, ‘Toward’) Shabbat–come, let us go,

For it is the source of blessing.

From the beginning, from antiquity, she was crowned,

Last in deed, first in thought.”

R’ Gedaliah Eisman z”l (1910-2011; Mashgiach Ruchani of Yeshiva Kol Torah in Yerushalayim) asks: How do I know that I will “meet” Shabbat when I go toward it? Maybe I will “meet” nothing!

He answers: The way to ensure that one “meets” Shabbat is to reflect on Shabbat’s incredible worth, to come to an appreciation that “it is the source of blessing.” Shabbat is “Last in deed, first in thought.” Literally, it was the last step in Creation. We can also learn, however, that when one thinks about Shabbat in advance (“First in thought”), he is guaranteed to “meet” Shabbat in the end. (Gidulei Mussar: Elul V’yemei Ha’din p.24)

The Gemara (Shabbat 10b) relates that Hashem told Moshe, “I have an excellent gift in My treasury, and its name is ‘Shabbat.’ I wish to give it to Yisrael. Go inform them.” [Until here from the Gemara]

R’ Aharon Rubinfeld shlita (Belz Yeshiva, Yerushalayim) explains: If you give a person the latest wristwatch but do not explain all of its features, he will think it is a simple timepiece, and most of its capabilities will be wasted. Likewise, Hashem wanted Moshe to inform us of the immense spiritual benefits to be gained from Shabbat, so that that gift will not be wasted. (Yesodot B’avodat Hashem: Shabbat Kodesh p.2)

R’ Avraham Mordechai Alter z”l (1866-1948; Gerrer Rebbe in Poland and Israel) explains: Our Sages teach that Shabbat is “a little bit of Olam Ha’ba / the World to Come.” Our world is lacking the perfection of the World to Come; therefore, special preparation is required if we are to experience a bit of Olam Ha’ba in this world. That is what Hashem told Moshe to inform Bnei Yisrael: Prepare yourselves in advance in order to fully experience Shabbat. (Imrei Emet: Likkutim p.104)