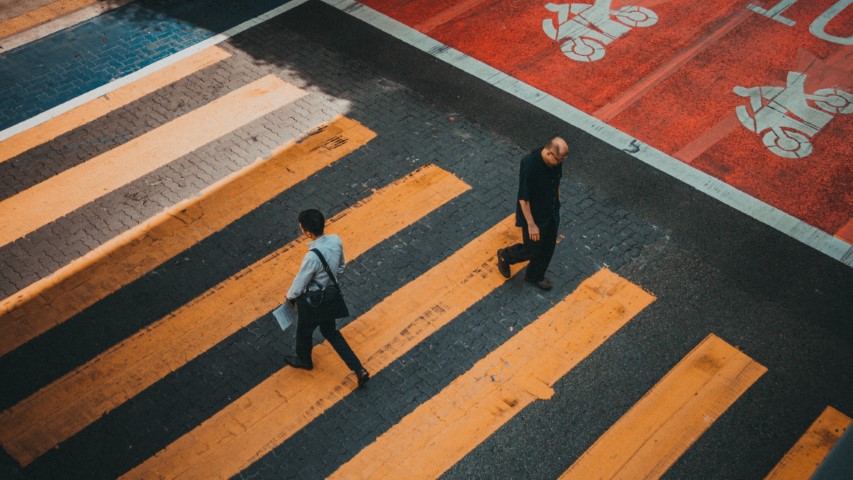 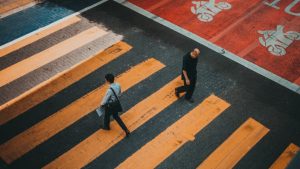 Many commentaries ask why, as our Parashah begins, Hashem says to Moshe, “Come to Pharaoh . . . ,” rather than “Go to Pharaoh.” R’ Shaul Alter shlita (rabbi of Kehilas Pnei Menachem in Yerushalayim; formerly the “Gerrer Rosh Yeshiva”) explains:

The Gemara (Mo’ed Kattan 16a) asks: How do we know that a defendant who ignores the first summons of the Bet Din should be sent a second summons? The Gemara answers that this is learned from the verse (Yirmiyah 46:17–in this week’s Haftarah), “They called out there, ‘Pharaoh, the blustery king of Egypt, has let the appointed time go by’.” R’ Alter explains: Pharaoh ignored repeated warnings, and Hashem could have brought the full brunt of the Plagues down on Pharaoh immediately, but He showed patience. Similarly, a Bet Din should show patience.

R’ Alter continues: A Chassid once told R’ Yisrael Friedman z”l (1797-1850; the Rizhiner Rebbe) that he (the Chassid) had committed the same grievous sin so many times that he worried that his repentance would not be accepted. The Rizhiner responded: In the Yom Kippur prayers, we refer to Hashem as a “Salchan” and “Machlan”–one who forgives and cleanses repeatedly. We do not use the form “Solei’ach” and “Mochel,” which would indicate one who forgives occasionally or by chance (see Bava Metzia 33a). Though we commit the same sins year after year, Hashem forgives repeatedly.

In this light, concludes R’ Alter, we can suggest the following reason why the verse says, “Come to Pharaoh.” It means: Come and adopt as your own this trait of patience that I, Hashem, demonstrate toward Pharaoh. (Ivra D’dasha)

“Hashem said to Moshe, ‘Come to Pharaoh, for I have made his heart and the heart of his servants stubborn [literally, “heavy”] so that I can put these signs of Mine in his midst’.” (10:1)

R’ Eliyahu Lopian z”l (1876-1970; Rosh Yeshiva in London and Mashgiach Ruchani at the Yeshivat Knesset Chizkiyahu in Israel; a leading elder of the Mussar movement) writes: The Yetzer Ha’ra has a trick that most people stumble over at some point–i.e., if you ask a person, “Why don’t you correct this behavior or that trait?” the Yetzer Ha’ra encourages him to answer, “You are right! I know this is a terrible behavior or trait. But, that’s my nature and I cannot change it.”

You should know, declares R’ Lopian, that any claim that one “cannot” change borders on heresy! This is evident from Midrash Rabbah, which says that, at first glance, our verse lends support to “heretics” who say that Pharaoh could not change because his heart was hardened.

Why are they wrong? Doesn’t the Torah say that Hashem hardened Pharaoh’s heart and took away his free will? “No!” explains the Sage Reish Lakish in the Midrash. Hashem did not take away Pharaoh’s ability to repent; He made Pharaoh’s heart “heavy,” meaning that he made repentance more challenging. Reish Lakish says: Hashem “locked the door” of Teshuvah in Pharaoh’s face. But, explains R’ Lopian, a locked door does not need to be an obstacle! Granted, a locked door is harder to open than an unlocked door, but it can be opened if one makes the effort to find the key. Or, one can break down the door. Likewise, even when change is difficult, even when one’s heart is “heavy,” there still are ways to change. It may require greater effort, or it may take doing a special Mitzvah in whose merit one will receive Divine assistance, but it is possible. (Lev Eliyahu)

R’ Mordechai Leifer z”l (1824-1894; Nadvorna Rebbe) asks: How is, “for I have made his heart stubborn,” a reason for Moshe to go to Pharaoh? To the contrary, that would seem to be a reason not to go to Pharaoh!

He explains: Pharaoh considered himself to be a god (see Rashi to 7:15), and Hashem wished to tell him that, not only is he not a god, he is but a pawn in Hashem’s hands. Therefore, He said to Moshe, “Come to Pharaoh,” and tell him that “I, G-d, have made his heart stubborn.” Tell him that he has no say in the matter and is merely My pawn. (Divrei Mordechai)

“So Moshe and Aharon were returned to Pharaoh, and he said to them, ‘Go and serve Hashem, your Elokim; which ones [literally, “who and who”] are going?’ Moshe said, ‘With our youngsters and with our elders we shall go; with our sons and with our daughters, with our flocks and with our cattle we shall go, because it is a festival of Hashem for us’.” (10:8-9)

In this light, continues R’ Charlap, we can understand the redundancy in our verses. Pharaoh asked, “Who and who will go?” Will be it only the adults, who are mature enough to have their own desire to go, or will the adults forcibly take their children, who have no understanding, along with them? Moshe responded: Your premise is incorrect! ‘With our youngsters and with our elders we shall go; with our sons and with our daughters, with our flocks and with our cattle we shall go.” Not only our elders and youngsters have a desire to go, our sons, our daughters, and even our flocks and cattle wish to be a part of this festival to Hashem. (Mei Marom: Nimukei Mikra’ot)

R’ Moshe Shapiro z”l (1935-2017; Rosh Yeshiva in several Israeli yeshivot; best known for his lectures on Jewish Thought) observes: The similarity between the Hebrew words “Chodesh” / “month” and “Chadash” / “new” is a reflection of the Torah’s view of time. Time is not primarily something that passes, but rather an opportunity to build a future, to progress toward a goal. Not coincidentally, the letters of the word “Zman” / “time” form the root of the word “Hazmanah,” whose meanings include “to invite,” “to prepare,” and “to set aside for a specific purpose.” The Torah teaches this lesson in connection with the Exodus because the Exodus was not meant to be an end in itself, but rather a preparation for a higher purpose, as Hashem told Moshe at the beginning of his mission (Shmot 3:12), “When you take the people out of Egypt, you (plural) will serve Elokim on this mountain,” i.e., receive the Torah. (Shiurei Rabbeinu: Parashat Ha’chodesh p.412)

R’ Moshe ben Maimon z”l (Rambam; 1135-1204; Spain and Egypt) writes: Four things were taught regarding Shabbat–two by the Torah and two by Oral Tradition, as clarified by the Prophets. The Torah commands, “Zachor” / “Remember” and “Shamor” / “Observe,” and the Prophet speaks of “Kavod” / “Honor” and “Oneg”/ “Delight.”

Rambam continues: How is Kavod demonstrated? Regarding this our Sages said: It is a Mitzvah to wash up before Shabbat, get dressed, and wait with anticipation for the arrival of Shabbat as one would do if he were going to greet a king. (Hil. Shabbat 30:1-2)

R’ Avraham Danzig z”l (1748-1820; author of Chayei Adam and other influential Halachic works) elaborates: One’s Shabbat clothes should be different from his weekday clothes to the greatest extent possible. The holy Shabbat must be honored by wearing Shabbat clothes even in the innermost rooms of one’s house, even when one is alone, for the Torah says (Shmot 31:17), “Between Me and Bnei Yisrael it is a sign forever,” and Hashem is, of course, everywhere. (Zichru Torat Moshe 1:3)

R’ Eliyahu E. Dessler shlita (Mashgiach Ruchani of the Ponovezh Yeshiva in Bnei Brak; not to be confused with his cousin and namesake, the Michtav M’Eliyahu) writes: The concept of Kavod is found in other contexts–for example, showing honor to a Sefer Torah, to a Shul, and to the Bet Hamikdash. In all of those cases, however, that honor is merely ancillary to the holiness of the thing being honored. Only regarding Shabbat do we find an independent Mitzvah of “Kavod” that is manifested by a number of different actions and behaviors, some of which are described by Rambam and R’ Danzig in the above excerpts.

The Shulchan Aruch continues: From these sages, one should learn not to say, “It is beneath my dignity,” for that is how one honors Shabbat. R’ Dessler notes that the Shulchan Aruch is a legal work and it is not the author’s style to tell stories. Thus, the fact that he does so here clearly demonstrates the importance he places on actively honoring Shabbat. Moreover, all the steps described here are not merely preparations for a Mitzvah, they are a Mitzvah in their own right. (Sha’arei Ha’zemanim: Shabbat Kodesh ch.2)