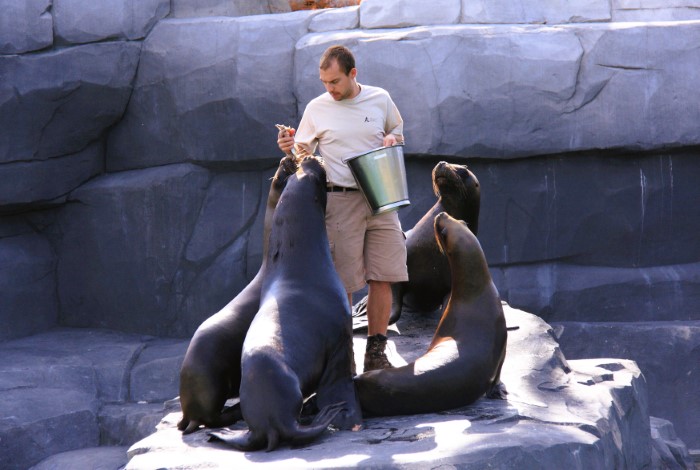 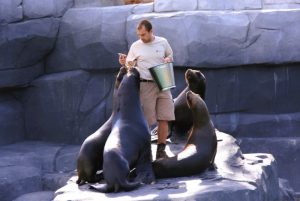 In this week’s Parashah, we read about the Akeidah, in which Avraham was commanded to offer his son Yitzchak as a sacrifice. R’ Moshe ben Nachman z”l (Ramban; 1194-1270; Spain and Eretz Yisrael) writes that it was Avraham’s passing this test that assures the eternity of the Jewish People.

But what was the test? asks R’ Gedaliah Eisman z”l (1910-2011; Mashgiach Ruchani of Yeshiva Kol Torah in Yerushalayim). Avraham was a prophet, and he heard Hashem command him to sacrifice his son. Could there be any question whether Avraham would obey Hashem’s direct command? Surely, Avraham could not think he might gain something by disobeying Hashem!

The real test, R’ Eisman explains, was: What would Avraham think? Would he question and rationalize, or would he subjugate his mind to Hashem’s infinitely greater intelligence? Would he say: I am only human, and I and my thoughts belong to Hashem?

We read in Tehilim (36:7), “Man and animal You will save.” The Gemara (Chullin 5b) comments: “This refers to people of intelligence who behave like animals.” R’ Eisman explains: Intelligence is the defining characteristic of a human, and without it, one cannot attain any spiritual level. Nevertheless, the Gemara is teaching, there are times when we must put our own thoughts aside and blindly accept the will of Hashem. That was the test of the Akeidah. (Gidulei Mussar: Elul V’yemei Hadin p.26)

Rashi z”l writes: He asked G-d to wait for him while he ran to invite the travelers.

R’ Yerachmiel Fried shlita (Rosh Kollel in Dallas, Texas) quotes R’ Shlomo Zalman Auerbach z”l (Yerushalayim; 1910-1995) as observing that Halachah does not permit a person to interrupt Shemoneh Esrei in order to welcome a guest, in contrast to Avraham’s interrupting his encounter with the Shechinah in order to welcome guests. We are able to learn a lofty principle from Avraham’s action–that welcoming guests is greater than greeting the Shechinah–only because Avraham Avinu lived before the Torah was given and therefore was not obligated to observe Halachah. He could make judgments about which action seemed more important. We, in contrast, do not have that latitude, and our value system must be based on Halachah.

R’ Auerbach adds: We say in the Pesach Haggadah, “If He had (only) brought us close to Har Sinai and not given us the Torah, Dayeinu / for that too we would have been obligated to thank Him.” What would have been the value of coming to Har Sinai and not receiving the Torah? The answer is that there was a great revelation at Har Sinai. We learn from Dayeinu, however, that having a significant “spiritual experience” is not synonymous with receiving the Torah. (Ma’adanei Shlomo: Mo’adim p.126)

“Then Avraham ran to the cattle, took a calf, tender and good, and gave it to the youth who hurried to prepare it.” (18:7)

Rashi z”l comments: The youth was Yishmael, whom Avraham instructed to do this in order to train him in the performance of Mitzvot [in this case the Mitzvah of hospitality].

R’ Yechiel Michel Zilber shlita (Rosh Yeshiva of the Zhvil Yeshiva in Yerushalayim) observes: We read at the end of last week’s parashah (17:25), “His son Yishmael was thirteen years old when he was circumcised.” This incident took place a few days later. From here we can learn that a father’s obligation of Chinuch / instructing his son in the way of the Torah does not end when the child turns thirteen. (Tipah Min Ha’yam)

“For I have loved him, because he will instruct his children and his household after him to keep the way of Hashem . . .” (18:19)

After all that Avraham did–allowing himself to be thrown into a furnace, leaving his homeland, etc.–the attribute that Hashem loves most about Avraham is that he will instruct his children to keep the way of Hashem! This demonstrates, says R’ Aryeh Levin z”l (1885-1969; known as the “Tzaddik of Yerushalayim” and as the “Father of the Prisoners” for his role as chaplain of the Yerushalayim prison), that all of Avraham’s and our own tests and challenges are meaningful only if we successfully transmit our beliefs to the ensuing generations. (Quoted in Brito Le’hodi’am p.96)

“So he said, ‘Let not my Master be annoyed and I will speak but this once: What if ten [Tzaddikim] would be found there [in S’dom]?’ And He said, ‘I will not destroy on account of the ten.’

“Hashem departed when He had finished speaking to Avraham, and Avraham returned to his place.” (18:32-33)

Midrash Rabbah asks: Why did Avraham not pray that S’dom be saved even if there were fewer than ten Tzaddikim there? The Midrash answers: Because there were eight survivors of the Generation of the Flood (i.e., Noach, his wife, their three sons, and their three daughters-in-law), and the world was not saved in their merit. [Until here from the Midrash]

The answer offered by the Midrash requires explanation: Perhaps eight Tzaddikim could not save the entire world, but who is to say that eight Tzaddikim is not enough to save one city, such as S’dom?

R’ Shmuel Yafeh Ashkenazi z”l (16th century; rabbi of the Ashkenazi community of Constantinople) answers: Surely, the Midrash does not mean that Avraham did not ask about eight Tzaddikim because Noach’s eight family members could not save the entire world. The proof is that Avraham did ask about ten, which (according to the interpretation assumed by our question) would imply that the merit of Noach’s family would have saved the whole world if they had numbered ten! But, if that were so, why couldn’t Avraham’s household, which surely numbered ten Tzaddikim, save the entire world (including S’dom)?

R’ Yechiel Michel ben Uziel z”l (Glogow in Central Europe; died 1730) answers differently: The merit of Avraham’s household could not save S’dom because Avraham’s household was not covered by the decree against S’dom in the first place. In contrast, the Flood was decreed on the entire world; Noach and his family were covered by the decree and then were extricated from it. Having their own connection to the decree, perhaps Noach’s family actually could have saved the entire world if they had numbered ten instead of eight.

A separate question: Why is Noach’s son Cham counted by the Midrash as a tzaddik, when he was not? R’ Yechiel Michel answers: Perhaps he was righteous when the flood began and later became wicked. Alternatively, he is called righteous because he was innocent of the specific sin that led to the Flood, i.e., theft. (Nezer Ha’kodesh)

R’ Moshe ben Maimon z”l (Rambam; 1135-1204; Spain and Egypt) writes: No ideas retain their vitality unless they are given a solid foundation, publicized, and constantly reinforced through actions. Therefore, the Torah instructs us to honor the Shabbat day–in order to affirm thereby the fact of Creation. This idea will spread in the world when all people “rest” on the same day. Then, when someone will ask, “Why is Shabbat worthy of honor?” the answer will be (Shmot 20:11): “For in six days Hashem made. . .”

The Torah seems to give two different reasons for this commandment. In Shmot, the reason given is: “For in six days. . .” But, in Devarim (5:15), the reason given is: “You shall remember that you were a slave in the land of Egypt . . . therefore, Hashem, your Elokim, has commanded you to make the Shabbat day.” This difference can be explained easily, Rambam writes. In the earlier verse, the Torah is explaining why Shabbat is a day deserving of honor and distinction, as the cited verse concludes: “Therefore, Hashem blessed the Shabbat day and sanctified it.” In the later verse, the Torah is explaining why G-d gave us the Mitzvah of Shabbat and commanded us to keep it, i.e., because we were slaves. As slaves, our work did not depend on our will, nor could we choose the time for it. We also could not rest.

Thus, Hashem commanded us to abstain from work on Shabbat, and to rest, for two purposes: (1) To affirm the fact of the Creation, which leads directly to affirming the existence of G-d; and (2) To remember Hashem’s kindness in freeing us from the yoke of the Egyptians. Shabbat is, therefore, a double blessing: it implants in us correct beliefs and it promotes the health of our bodies by forcing us to rest. (Moreh Nevuchim II 31)