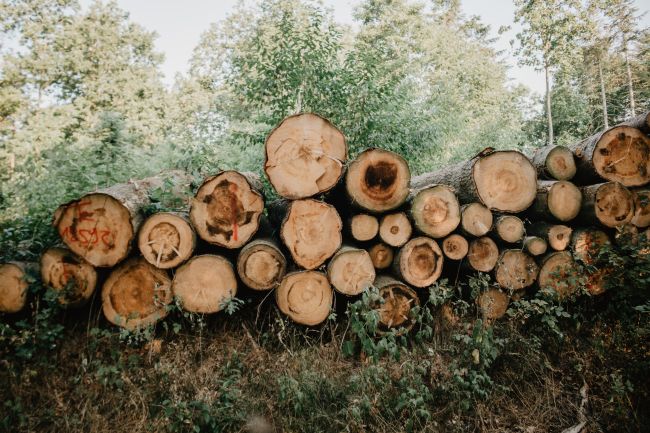 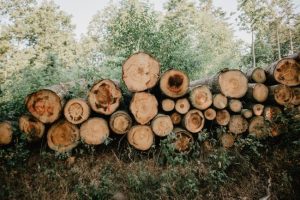 The Jewish people, traveling through the barren desert, were comforted by the knowledge that their forefather Jacob had worried about their situation. Hundreds of years earlier, he had known through prophecy that his descendants would be liberated from bondage in Egypt and journey through a trackless wasteland devoid of vegetation and water. Therefore, with the devoted love of a grandfather, he made provisions for them during his own lifetime. The Midrash tells us that he planted young acacia saplings in Egypt that would grow into mature trees by the time they were liberated. Before the exodus, they would cut these trees down and hew them into huge planks. They would transport these planks with them into the desert and use them in the construction of the Mishkan, Hashem’s earthly Abode.

The questions immediately come to mind. If Jacob was so worried about what his grandchildren would do in the barren desert, why didn’t he prepare material necessities, such as food and drink, for them? Obviously, he was certain Hashem would provide all their material needs in the desert. He would send them food even where no vegetation grew, and he would send them drink even where no rivers flowed. But if so, it only stood to reason that He would also provide them with lumber where no trees grew. Why then did Jacob have to plant acacia trees in Egypt to take care of their future construction needs?

The commentators explain that the Mishkan was far more than a physical abode for the Divine Presence in this world. It was also meant to symbolize the spiritual abode each Jew constructed in his own heart and soul wherein Hashem would dwell. In the pagan world, the gods supposedly lived in the temples, and the people lived in their homes. The people would visit the temples to pay their respects to the gods and then return home to their own private lives. But this was not the Jewish concept at all. The Jewish people did not expect Hashem’s presence to be restricted to the Tabernacle, a temple to be visited and left behind. The construction of the physical Tabernacle was a symbolic expression of the desire of the people to be forever bonded with the Creator, to build an indestructible temple for Him in their own hearts.

In this light, we can understand why they had to bring their own lumber. In order for the act of the construction of the Tabernacle to retain its full transcendent value, it needed to come entirely from the Jewish people, an unreserved invitation to Hashem to come among us. Therefore, it would have been inappropriate to ask Hashem to provide the lumber for the construction. He could send manna from heaven to feed the Jewish people and cause water to flow from a rock to slake their thirsts, but for Him to provide the lumber for the Tabernacle would have diminished its symbolic significance. The preparation of the lumber was in and of itself a declaration of the love of the people for Hashem.

A man was betrothed to a woman who owned a flower shop.

The evening of the engagement party arrived, and the excited bride awaited her groom with great anticipation. At last, he appeared, dressed in a new suit and striding purposefully toward her. His face was wreathed in abroad smile. His hands were empty.

“I don’t understand,” she stammered in bewilderment. “Where are the roses you brought me?”

“But I didn’t bring you any roses,” he replied.

“You didn’t?” she cried as tears sprang to her eyes. “Why not? Don’t I deserve flowers like any other bride.”

“But you are not like any other bride,” said the groom. “You own your own flower shop. Giving you flowers would be like bringing coals to Newcastle.”

“I see you have a lot to learn about women,” she replied. “Do you think grooms bring flowers to their brides because they need them? Flowers help grooms express their love for their brides. I too want that expression of love, even though I’ve got plenty of flowers of my own.”

In our own lives, we sometimes find ourselves slipping into a mechanical and perfunctory observance of the Torah’s commandments; we find ourselves acting more out of habit than out of inspiration. At such times, we would do well to look into our inner selves and inspect the temples in our hearts. Perhaps they have been neglected. The roof may have sprung a leak, and the walls may be in need of repair. But if we reaffirm our commitment to Hashem and our desire to have Him dwell within us, we can build our spiritual temples within our own hearts and recapture the joy and inspiration that are the natural characteristics of living with Hashem. Text Copyright © 2008 by Rabbi Naftali Reich and Torah.org.