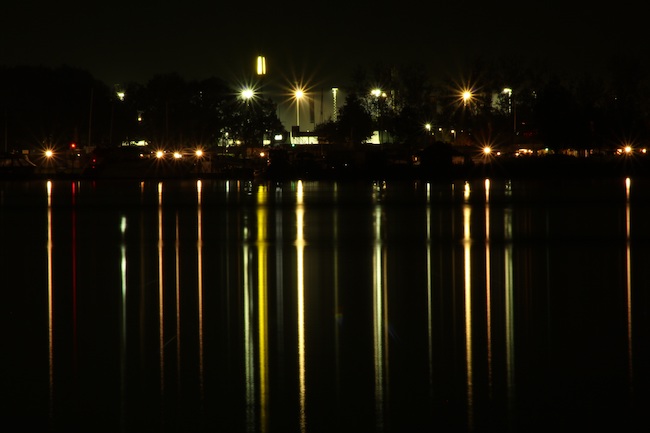 Festival of The Reflecting Lights 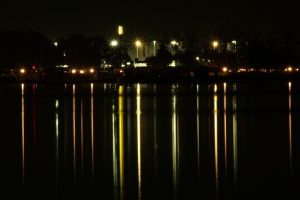 We gaze at the delightful dancing lights as we sit before the menorah and sing the traditional songs associated with the festival. Many observe a special ritual of lingering in the delicate radiance of the menorah lights while reflecting on their sublime message. But what precisely is that message? What insights are the tiny flames meant to trigger?

Perhaps the very word “reflect” serves as a signpost on our journey toward internalizing Chanukah’s spiritual treasure. To reflect does not simply mean to contemplate or ponder. It also means to mirror, or to reverberate. When we gaze deep into the menorah lights, what we should see is a genuine reflection of our true selves.

The concept of facing the deeper truth about one’ true self comes to the fore in this week’s Torah portion, as well. This concept is embedded in two words that are seemingly out of place with the flow of the narrative. Yaakov’s sons face Yosef, the Eygptian viceroy, who treats them with unreasonable hostility. He accuses them of being spies and throws them into prison, allowing only one of the brothers to return home and prove their collective innocence by bringing back Binyomin.

Yosef unexpectedly relents a few days later and announces that the brothers can all return home, except for Shimon who will be detained until their return.

The Torah records the brothers’ response to Yosef’s surprising change of heart and generous gesture, as “Vayaasu kein,” and they did so. The verse gives no further explanation about what the brothers actually did. Instead the Torah continues to tell us that the brothers immediately examined their past behavior and severely reproached themselves for not being sensitive to Yosef’s distress when they sold him into slavery. They now assumed that their present misfortune was a direct result of their past callous behavior.

The commentaries explain that Vayaasu kein – ‘they did so’ indicates that Yosef’s brothers followed Yosef’s lead in reevaluating the truth of their own personal conduct.

As viceroy, Yosef ruled Egypt with complete, undisputed authority. He was a powerful unchallenged leader who could do whatever he pleased. From the pedestal of absolute power he decreed that all the brothers would be imprisoned until proven innocent. Yet, without explanation he backed down. What was behind this sudden reversal?

Great people recognize that everything that transpires in life is a message from Heaven that needs to be carefully appraised. The brothers saw Yosef’s about-face as a clear message from Hashem. If the all-powerful viceroy could have a change of heart and mind, they too should reexamine their convictions, especially their firm belief in their innocence.

Even if it involved an ego-bruising realization, it was an exercise they needed to engage in. “Vayaasu kein” …. Like Yosef, the brothers pondered their conduct and motives and found them wanting.

The word ‘kein’ means authentic and genuine – a state of existence in which the external is a perfect reflection of the internal.

When gazing at the light of the menorah we are looking at a reflection of our inner self and beyond, to our very soul and the G-dliness within us. Removing the obfuscating presence of our ego and negative character traits enables the inner glow of the neshama to radiate through the body and light up its surroundings.

When we gaze at the menorah lights, we are internalizing the message of Chanukah-to bring the awareness of G-d’s loving hand directing all aspects of our existence. Hopefully that will lead to take a more inspired role in our daily lives. All too often, we are too invested in our professed opinions and public persona to acknowledge our shortcomings. By letting go of self-justification as did Yosef’s brothers, and being emotionally honest with ourselves, we will be connecting to the message of the Chanukah lights, ensuring that they genuinely reflect our deepest self.

When that self is aligned with the awareness of G-d’s loving presence in all of life’s dimensions, the Chanukah message will burst forth and illuminate all the inner and outer shadows of our existence.

Wishing you a delightful and Freilichen Shabbos Chanukah.