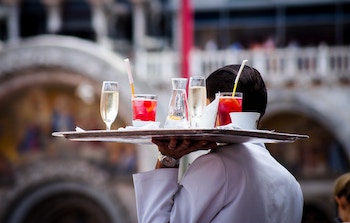 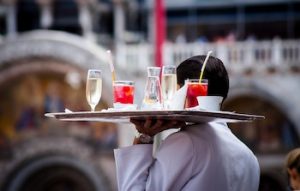 These are the laws that you shall place before them.

Don’t even think of skimping on the teaching, HKBH tells Moshe. That’s what this pasuk tells Moshe, according to Chazal.[2] In case you think that teaching them each section a handful of times should be sufficient, think again. You’ve got to make them understand, says Hashem, the full meaning of each section, and all its details. You must teach it so well, that your presentation will be like an elegantly prepared meal, set before them and ready for consumption.

It is a beautiful thought, but why would Moshe, the teacher par excellence of Klal Yisrael, need to be told this? Why would he hold back? Why would he think of taking a minimalist position towards his teaching obligation?

We will understand Moshe’s reasoning only after first exploring some of the deeper significance of studying Torah. “It is time to act for Hashem; they have abrogated Your Torah.”[3] The gemara[4] sees this verse as granting a license for the chachamim to overturn part of the Torah in order to save the rest of it. Specifically, this was the basis for permitting committing the Oral Law to a written, published form. Because Roman persecution diminished the ability of people to gather together and study, much Torah would have been lost to us had Chazal not found a way to preserve it in writing.

This fixing of the Torah into written form is called acting for Hashem. Indeed, it most certainly is a significant action, not just permission to violate the halachah against disseminating the Oral Law in text. There are two reasons for this. First, many have pointed out that osiyos machkimos,[5] that we gain extra wisdom when we fix our sight on the letters that express an idea. Besides acting as an aid to memory, a more metaphysical explanation is at work. The Divine oros, lights, that are sourced in Torah contract themselves and attach themselves to the letters. Therefore, when we engage those letters, we interact with the oros that are resident within them.

There is, however, a second reason that goes much further. Letters make thought possible. They are the building blocks of thought; we can’t really imagine thought that is completely removed from the ability to build letters into words and phrases. There are ideas, however, that completely transcend the ordinary world of thought. Those higher-level oros also contract themselves and become available to us in Torah.

We can think of the difference this way. In the first, lower level, the letters become the vehicles for the oros to express thought. In the second level, the oros are the cause of the letters themselves!

We note a parallel distinction in two ways of relating to Hashem. On one level, He expresses Himself through His world. The variegated phenomena of the observed cosmos are like the letters. His wisdom speaks through them. But there is another, higher, manner of perceiving Hashem that has nothing to do with this world. The Torah preceded Creation; it speaks to us from a higher place, not sourced in the “letters” of Nature. The Oral Law was not intended to be fixed into recorded letters, because that diminishes it from its place of transcendence that is above the world of letters.

Alas, it became necessary to commit the Oral Law to written form – to bind it to the world of letters. Moshe, who represents the Written Law, believed that by teaching Klal Yisrael each parshah several times, the main aspects of Torah content would become clear to them. They would know halacha, or how to live their lives. The higher forms of knowledge would be theirs to access through their own study, their own immersion in Torah she-b’al peh.

Moshe was essentially correct. The effort, the chiddush of Klal Yisrael would release the higher-level understanding to them. Moshe did not realize, however, that in every generation this understanding would require the involvement of the tzadikim of that time. They would serve as the conduit for those Divine oros to descend; their presence would be necessary and would shape the process.

Moshe’s involvement, therefore, had to accompany their partaking of the heavenly meal of Torah. He had to place Torah before them like a set table.