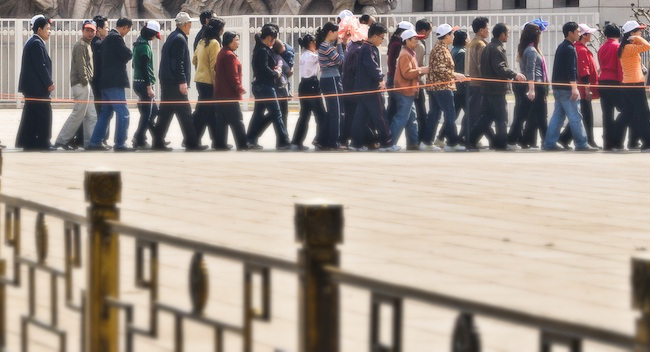 In Defense of Long Lines 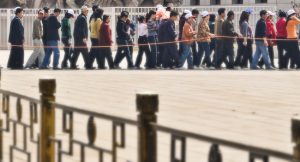 Hashem’s Will and His deed are, for all intents and purposes, synonymous. Nothing separates the former from the latter. What He wills – becomes. There are no barriers, no limitations, no preconditions to carrying out what He wishes. Human experience is quite different. We do nothing that mimics the Divine experience.

Almost nothing. The exception is naasheh v’nishmah. Essentially, those words expressed a determination that the willingness of Klal Yisrael to observe the demands of the Torah would translate into deed and action. Here as well, there would be no white-space between intent and accomplishment; will and deed would become one. The possibility of this connection is what stands behind the gemara’s[2] contention that if they wished, tzadikim could create worlds, and in the future will in fact do so.[3] They can tap into that unification of will and deed, and act upon it.

The identity between will and deed would have remained the rule, had not Amalek opened a space between them. Even after Amalek, however, bits of it remain. For example, once Klal Yisrael evidenced their deep-seated desire for and commitment to a particular mitzvah, no subsequent event or enemy would come between them and their faithful performance of it.

The collective will of Klal Yisrael creates more than worlds. It can, in a manner of speaking, add to Hashem’s Holiness. (The Zohar[4] differentiates between two similar descriptors that we attach to Him: kodesh and kadosh. The former speaks of His actual essence. The latter tells of our ability to change the way His holiness is appreciated and perceived. “You are kadosh, sitting in the praises of Yisrael.”[5] When we desire it, we can add on, kivayachol, to the holiness of G-d Himself.

This may be the most surprising “add-on,” but there are several more. We add on to the kedushah of Shabbos by accepting it earlier that its legal starting time. The geirim who join us increase the total kedushah of Klal Yisrael through the addition of their souls.

When Yisro reached the Jewish camp, he joyfully exclaimed, “Baruch Hashem Who saved you….”[6] Chazal[7] see this blessing as a black mark on the record of Klal Yisrael – none of the Jews had risen up to bless Hashem until Yisro came along! Now, it is clear that this cannot be taken at face value. The nation that sang shirah certainly had no shortage of people who effusively thanked Hashem for all He had done. Chazal, however, mean the particular kind of blessing that we’ve been discussing. The very word brachah reflects adding on, enhancing. Klal Yisrael at the time had not elevated themselves to a place where they could add, so to speak, to Hashem’s manifest kedushah. To get there, they needed to be added on to themselves – through gerirm. Yisro arrived as the father of future gerim. He was able to offer an element of addition – a brachah to the most High.

Just as the DivineWill became evident and actualized in the process of Creation, so too it continues to manifest itself in Torah she b’al peh. This, however, requires the participation of Klal Yisrael. With this we come to the long lines standing before Moshe. Moshe welcomed them. They afforded him an opportunity to interact with the people about halacha – to teach, inspire, and create within them the will to observe. (Although Amalek had done his damage of driving a wedge between will and deed – essentially by planting some of his evil inclinations within them – Moshe hoped that he could at least pave the way for the future reunification of will and deed.)

Yisro objected. “It is not good, the thing that you do.”[8] We have to see the emphasis upon the word “you.” Yisro argued that as the ish ha-Elokim,[9] the godly man, the one through whose voice Hashem Himself spoke, Moshe could not bring the Jewish people as a whole to fulfill their role as partners with G-d in reunifying will and deed. The progress would have to come from the people themselves. While it is true, he said, that Moshe was the equal of all of Israel, it is also true that the people of Israel are the equal of Moshe! Therefore, they needed a collective effort. The smaller items should be processed and adjudicated by the people through the lower courts. The weightier issues would still come to Moshe.

Together they would engage Torah in a powerful manner, creating a force of will that would, at least in the future, become inseparable from deed.