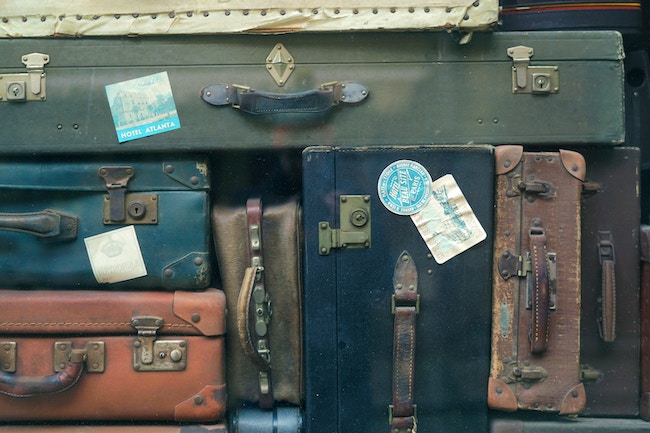 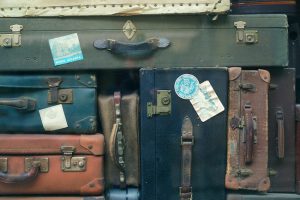 The largest impression that the parsha leaves us with is Yaakov’s tzidkus and integrity, especially in dealing with treachery and deceit. A runner-up, however, is his ability to strategize and prevail in difficult situations. This makes it harder for us to understand what appear at first to be lapses or exceptions. We will see, though, that these unusual responses also show Yaakov’s uncanny ability to take care of himself.

One difficult episode to understand is his vision of the angels ascending and descending the heavenly ladder, or more specifically, his reaction towards it. He pledges that if G-d is good to him, he will give a tenth back to Him. Now, this may have been a novel idea at the time, but it is hardly overly generous, especially since Yaakov makes this pledge conditional on a number of other factors, like protecting him, and returning him to his father’s home. If Yaakov meant to practice the mitzvah of maaser behemah, he should not have made his pledge conditional! Nor should he have delayed his fulfillment of it for many years. He should have taken the animals he tithed and sent them to Shem and Ever – or to Yitzchok – so that they could be properly offered on an altar.

I believe, rather, that Yaakov was not simply pledging to dedicate ten percent of his income as a charitable contribution. We should underscore the “I” in his words. Yaakov was pledging – conditionally! – to offer up the tithed animals himself, and not through anyone else. He did so because he was unsure about what he had experienced while he had slept. Was it a conventional dream, in which case it had no real standing? Or was it a genuine prophetic episode, in which case he would know that he, Yaakov, was extremely precious to Hashem?

Yaakov was especially concerned, because he did not know whether Esav’s “sale” of the bechorah had any validity. Yaakov feared that it might be beyond anyone’s ability to transfer it to another, just as a kohen cannot decide to sell his position and privilege to someone else! Yaakov therefore decided to test, as it were, Hashem’s attitude towards him. If He displayed all the love and devotion involved in those conditions that Yaakov emplaced, he would take it as a demonstration that he had indeed stepped into the role of bechor, and entitled to perform the avodah himself.

Whatever the outcome, however, it was his intention to present one in ten of his animals to Hashem. The issue was only whether he was entitled to perform the avodah personally.

Towards the end of the parsha, Yaakov’s dialogue with Lavan strikes us as inappropriate. While everything that Yaakov said to defend himself was true, it seems like his response was legally correct – but an interpersonal failure. Lavan tore into him for stealing away like a thief in the night, and kidnapping his daughters. Yaakov should have realized that Lavan may not have had a legal leg to stand on, but his claim was not a legal one. Lavan was really chiding him for not displaying fine character. Essentially, Lavan said, “How could you do this to me? We lived together peaceably for 20 years. I’m your father-in-law, not your sworn enemy.”

Now, Yaakov could have chipped away at all these contentions. But would that have been effective? When accused of some wrongdoing by a person whose feelings have been hurt, is it not far better to listen in silence while the person vents?

Instead, Yaakov made things even worse! In so many words, he told Lavan, “You are a scoundrel and a thief. I did what I had to do to safeguard my family from your treachery. I thought you would steal my family from me.”

Come to think of it, if Yaakov really feared for his family’s safety, what took so long for him to show his concern? After 14 years of working for Leah and Rachel, Yaakov knew all about Lavan’s warped character – the hard way. Yet, at that time he did not gather up his children and flee. He actually asked Lavan at the time for permission to leave. What changed in the next six years?

The crux of the matter is defining the nature of Yaakov’s employment contract. The Torah describes two arrangements: servitude (עבדות) and wage-earning (שכירות). In the former, payment is made in advance for the worker to become completely controlled by his master for a stipulated length of time. The master may turn him into a breeder, to produce offspring that will also be controlled or owned by the master. When this worker reaches the end of the agreement, the master is obligated to provide him with gifts that reflect the blessing brought to the house by the exiting worker. In the wage-earning configuration, the worker cannot be asked to be a breeder, and is due no gifts when his term of employment ends. He is not paid from the outset, but only upon completion of his work.

Lavan – never one to abide by his word – offered conflicting cues as to his understanding of his various arrangements with his son-in-law. When Yaakov first began working for him, Lavan asked Yaakov to tell him what wages he would expect.[2] Similarly after the 14 years of working for his two wives, Lavan asked Yaakov to make an offer regarding his wages from that point on.[3] Lavan thus indicated that he saw Yaakov as an employed wage-earner.

However, at times Lavan used the language of servitude. Having cheated Yaakov out of marrying Rachel by substituting Leah, Lavan negotiated a new deal for his younger daughter’s hand. “Complete the week of this one, and we will give you the other one too, for the work that you will perform.”[4] Rachel was given to him up front; he then worked off the obligation for the next seven years. That is the way avdus works.

When Lavan gave him Bilhah, Yaakov feared that Lavan might claim that it was his right as Yaakov’s master to have him assist in producing offspring through Bilhah, Lavan’s slave. Any children born to her should belong to Lavan. Therefore, at the end of the first fourteen years, unsure of what Lavan might claim, Yaakov asked him, “Give me my wives and my children… and I will go.”[5] In other words, even if Lavan should claim that some of them belonged to him as his chattel, Yaakov was entitled to mandatory end-of-term gifts. He asked that those children by among those gifts, since the gifts are supposed to reflect whatever blessing the servant brought to the house.

Lavan conceded[6] that his household had grown as a result of Yaakov’s presence. The children, therefore, would be part of the gift due at departure. Lavan said nothing about Bilhah and Zilpah – Yaakov’s wives. He had reason to worry that, bizarre as it sounded, Laven might have convinced himself that Yaakov had been his slave for a stipulated term, and that two of Yaakov’s wives remained Lavan’s property.

Yaakov ran off with his family in secrecy, without informing his father-in-law. When Lavan caught up to him, Yaakov did not accuse him of being a scoundrel and a thief – at least not in the typical sense. Their arrangement had contained mixed language. There was room for error and misunderstanding. Yaakov knew what the deal really had been; from his perspective, Lavan acting contrary to their arrangement would amount to theft. But because Lavan had legal language behind him, Yaakov’s claim lacked the bite and sting of an accusation of being a lowly, ordinary thief. (In fact, he was really much worse.) The difference between them could be blamed on an error, on a misunderstanding.[7]

Yaakov’s response to Lavan was therefore not as undiplomatic as it seemed to us at first.