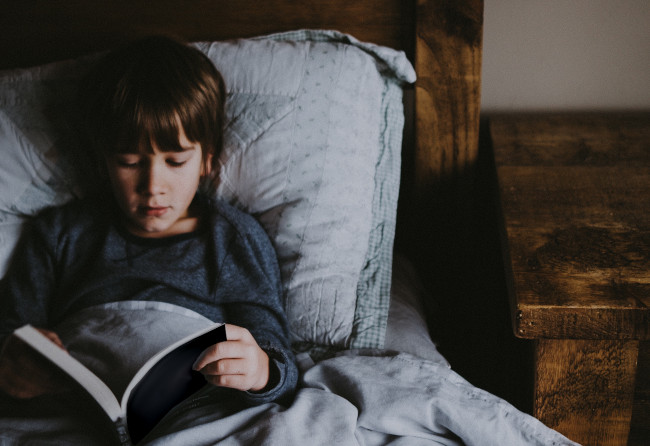 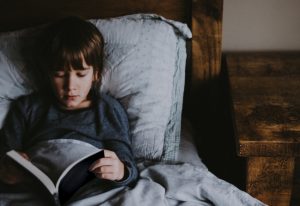 The silly boy in the following story makes at least six mistakes. Can you find them? Can you think of how the story is connected with the parsha?

In the city of Balagan, on a street named Gevalt, lived the Mevulbal family. This family was nice and funny and very very very mixed up.

“Reuven, it’s time for you to go to bed!” said Mr. Mevulbal to his son.

“Sorry son, we tried that last week and you were very tired the next morning.” his father replied.

Reuven proceeded up the stairs to his bedroom. He took off his pajamas, dressed in his tuxedo, and brushed his teeth.

He thought to himself “I’d better sleep well tonight. Tomorrow I’m having a bubble gum blowing contest with my friends and I need all my strength”.

He lay down in his bed on his back and began to recite the words of the keriyas shema al hamita. When he reached his favorite part, he began to sing “Hamelech ha-goel oti mikol rah…”.

After finishing the tefilah he opened up his night table drawer and pulled out a chocolate donut, which he quickly devoured.

“Reuven” his mother entered his room. “I’m making your lunch for tomorrow. Would you prefer fish or chicken?”

Reuven pointed to his closed lips and then his siddur.

As Reuven lay in his bed, he thought about his day and remembered how he had accidentally dovened the amidah of minchah l’shabbat instead of shacharit l’chol. “Oh well” he told himself “Nobody’s perfect. Now’s not the time to think about the mistakes I’ve made. It’s time to think of all the presents that I want for my birthday.”

1) Reuven’s reasons for going to sleep (to win the bubble-blowing contest) are wrong. A Jew should have in mind that the purpose of sleeping is to gain the energy needed to serve Hashem the next day (Piskei Teshuvot 239:3). The Aruch Hashulchan recommends that this statement be said aloud (Aruch HaShulchan 236:1).

2) It is not proper for Reuven to recite the keriyas shema al hamita lying down, particularly on his back. One should recite the tefila sitting or standing (Mishna Brurah 239:6).

3) The words are “Hamalach Ha-go’el oti” (The angel that redeemed me).

4) In general, after we recite a beracha we must immediately perform the action associated with the beracha. There should be no hefsek. The beracha of ha-mapil is about sleeping. This means that immediately after saying the beracha we should go to sleep. So it isn’t proper for a person to eat, drink, or talk unless it’s absolutely necessary (Mishna Brurah 239:4, Rema 239:1). A donut is certainly not necessary.

Note that if someone realizes that they need to use the bathroom after saying keriyas shema al hamita, they certainly may do so and many poskim instruct that the berachah of asher yatzar should be said, though it does create a hefsek for the beracha of ha-mapil (Shut Pri Ha-Sadeh Vol. 1, no. 93; Shut Hitorerus Teshuvah Vol. 1, no. 125; Halichos shlomo Chap. 13, note 14; Shut Tzitz Eliezer Vol. 3, no. 27; Shut Be’er Moshe Vol. 1, no. 62).

5) As stated above, there is a concern that someone who speaks after saying keriyas shema al hamita and before sleeping is performing a hefsek. However, the mitzvah of Kibbud Av VeEm is more important (Yalkut Yosef vol 3, 665). Reuven should have answered his mother, when she spoke to him.

6) Before a person goes to sleep they should think about the mistakes that they made during the day, and make a goal to not make those mistakes again (Mishna Berura 239:9).

Connections with the Parsha:

(Written by Josh and Tammy Kruger, in collaboration with Rabbi Yehoshua Pfeffer of the Instituted for Dayanim, and based in part on his article entitled “Interrupting After Hamapil” http://www.dinonline.org/2012/12/05/interrupting-after-hamapil/ and the following article from halachipedia.com: http://halachipedia.com/index.php?title=Bedtime_Shema)