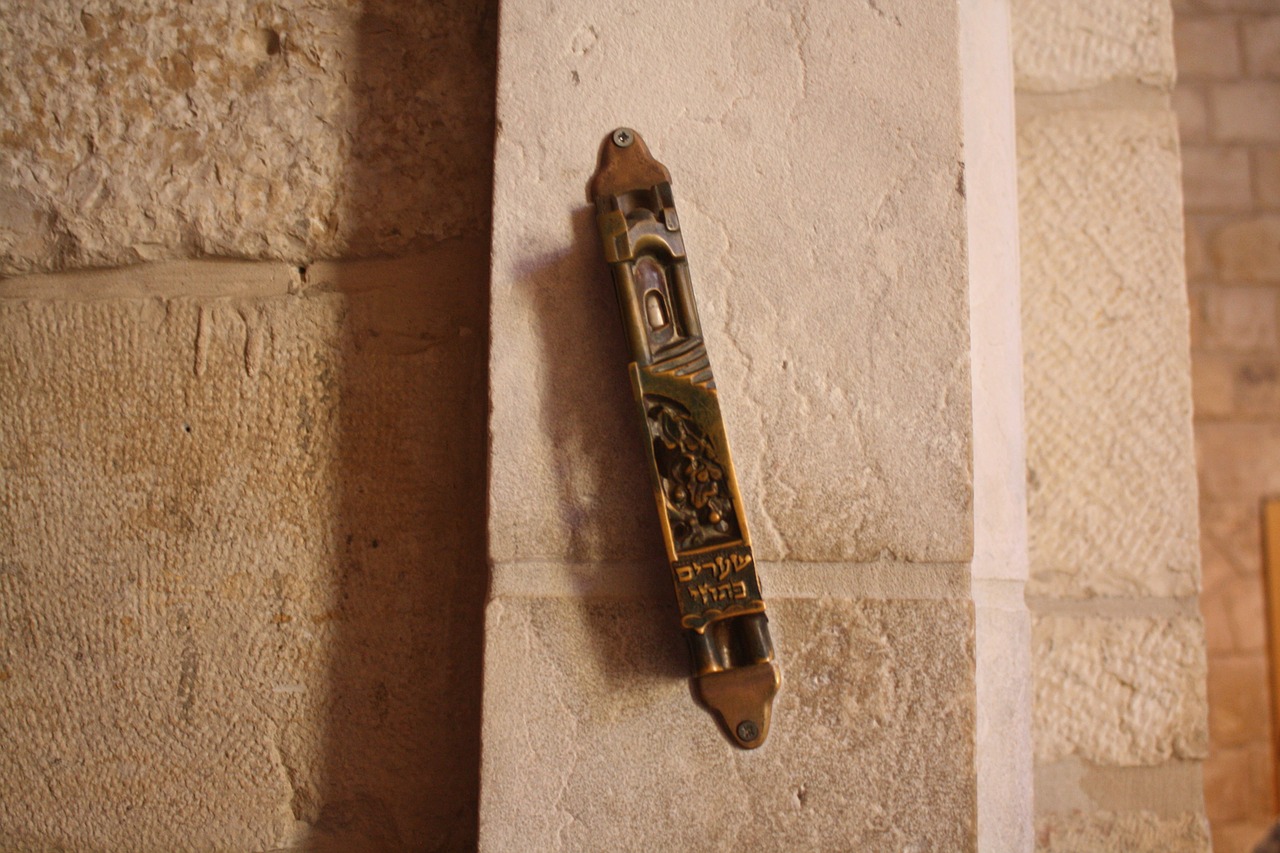 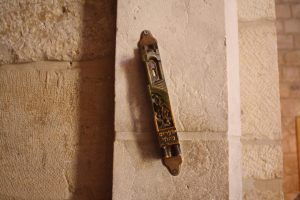 The silly family in the following story makes nine mistakes. Can you find them? Can you think of how the story is connected with the parsha?

In the city of Balagan, on a street named Gevalt, lived the Mevulbal family. This family was nice and funny and very very mixed up. It was a special day for them because they had moved into a new home just down the road on Gevalt street.

“Hello, everyone” said Mrs. Mevulbal as she entered the home. “I just picked bought some new mezuzas for the new home and I also asked the rabbi check our old mezuzas. We always make sure to have the mezuzas checked once every 13 years.”

“It’s amazing that the rabbi can fit a whole Sefer Torah in a box that small!” said Mr. Mevulbal.

Mr. and Mrs. Mebulbal went to the main entrance of their home. “Which side should we put it on? The right or the left?” said Mrs. Mevulbal.

Mr. Mevulbal placed the mezuza at the very highest point on the door post. “Maalim b’kodesh v’lo moreedim” he explained to Reuven.

“That’s right” nodded Mrs. Mevulbal. “Also notice,Reuven ,that Daddy is placing the mezuza on a slant so that the top part is leaning toward the exit.”

“Why do you make it diagonal?” asked Reuven.

“So that the mezuza is bowing before Hashem!” smiled Mr. Mevulbal.

“Amen” said the others.

“Oh look!” said Mrs. Mevulbal. “Rabbi Oyvey has come for a visit. Let’s show him how nicely we have placed our mezuzas.”

1) A mezuza should be checked twice every 7 years, not once every 13 years (Kitzur Shulchan Aruch 11:25). Some Poskim note that the time period can change depending on circumstances. Thus, a mezuza exposed to the elements should be checked more often (Aruch Ha-Shulchan 291:1).

2) A mezuza does not contain the entire text of the Torah. It contains the first two portions of the Kriyas Shema (Shema-Ve’ahavta and Vehaya Im Shamoah).

3) The mezuza is placed on the doorpost that is on your right when you enter the house or a room (Kitzur Shulchan Aruch 11: 3).

7) The brachah should be made before placing the mezuza, not after (Kitzur Shulchan Aruch 11:7).

9) If someone is going to place several mezuzots  -one immediately after the other,-then the brachah that is made before placing the first mezuza counts for them all (Kitzur Shulchan Aruch 11:7).

Connection to the Parsha

In parshas Bo the Jews are instructed to spread the blood from the korban pesach onto the mezuzos (doorposts) and mashkof (doorway crossbeam) of their homes. Doing so protected the people in the home from makas bechoros.