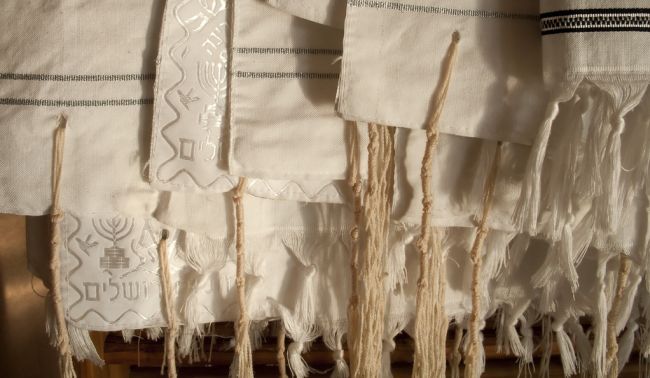 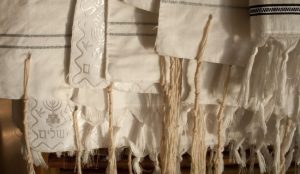 Shlomo and Immanuel were sharing a canoe on their camp overnight trip. Just as they passed a particularly swampy looking part of the lake, Shlomo suddenly put down his paddle.

“Give me a second, Immanuel,” Shlomo said, “I’m just gonna take off my tzitzis.”

He pulled his tzitzis from under his T-shirt and placed them in his knapsack behind him, then grabbed his paddle again.

Immanuel looked back at Shlomo, “Why did you take them off all of a sudden?”

“It’s really hot now and I’m starting to sweat. I don’t think it’s very michubad to keep them on if I’m going to get them dirty and smelly. Also, we just passed by a kinda stinky swampy area that I didn’t think was very pleasant either” answered Shlomo, smiling.

“Well, most people don’t take their tzitzis off when they’re in the bathroom, right? That’s worse than a swamp, I’d think. Also, lotsa campers play sports in their tzitzis, even if they get sweaty and a bit dirty….”

“I don’t know for sure.” admitted Shlomo, “but I figure it’s the same idea as not putting a mezuza on a bathroom door or the door of a garbage room. It’s just somehow not right…but I’m not sure what the rule is.”

A: Parshas Shelach finishes with the last perek of the Shema, which discusses the mitzvah of tzitzis.

Q: Should a man take off his tzitzis when he feels that the environment isn’t “fitting,” such as a dirty bathroom?

A: It is permitted to enter the bathroom with a tallis katan (tzitzis). Although the Taz (21:3) is stringent when the strings are revealed, it is not customary to be stringent concerning this matter (Peri Megadim).

Q: What about if somebody will become sweaty? Should he take off his tzitzis then?

A: If a person will be getting sweaty, for instance when playing sports, it is proper to take of one’s tzitzis. It is not respectful to the tzitzis to leave them on when becoming sweaty (see Even Yisrael Vol. 9, Orach Chaim 1).

Q: If one does decide to take off their tzitzis when in the bathroom, do they say a new bracha when putting them back on?

A:  The Shulchan Aruch rules that a new bracha is made even if the tzitzis are off for a short time, and this is the Sefaradic custom (Orach Chaim 8:14). The Rema however disagrees, and the Ashkenazic custom has become to not make a new blessing if the tzitzis were only removed for a short break, such as for using the bathroom or taking a shower. Only after a lengthy break, such as for the purpose of a 2 hour game of tennis (or similar event), would a new bracha be recited upon wearing the tzitzis again.

The following night, Shlomo was back at his home telling his family about his adventure. His parents were delighted to see that even though he came back brown and filthy, his tzizis were still bright white, demonstrating his respect of the mitzvah.