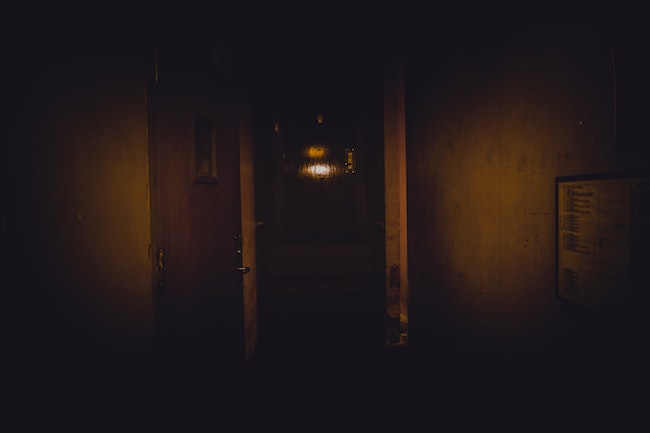 Purging the Evil Within 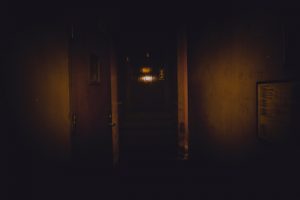 This week’s parsha of Metzora, the last regular reading before Pesach {Passover}, continues with the laws of tzara’as {loosely defined as leprosy}. This tzara’as is not a simple physical illness but rather the physical manifestation of a spiritual malady.

The Kli Yakar [13:2] writes that this is inherently contained in the word metzorah itself. He explains that metzora is a combination of two words: motzee-to take out, and ra-evil. In other words, it reveals in an external manner the evil which had been furtively lurking inside the person.

Which evils are revealed through this tzara’as? Although lashon harah {speaking about others in a derogatory way} is clearly the most well known, there are an additional two: haughtiness and ‘tzaros a’yin,’ a begrudging eye. These three attributes, often unbeknownst to the community at large, break through the physical cloak of the body and publicize the true nature of their bearer.

The Mishna [Avos 5:22] states this very succinctly: Those who have a good eye, a humble spirit and an undemanding soul are the disciples of our forefather Avrohom. Those with the opposite traits are disciples of Bilaam.

Three that are actually one… Why do we get such a fiendish pleasure from speaking lashon harah about others? Why do we feel better after having put down someone else? Why does it grate against us when we see others having things that we don’t have? It’s reminiscent of the famous Russian folktale of two neighbors, Ivan and Boris. Ivan owned a cow which provided him with sufficient milk to both feed his family and to barter for other goods. Callous, cow-less Boris could only look on with raw envy. This was the situation until that one fateful day when Boris was granted the fulfillment of anything he would wish. Ecstatic at the sudden turn of events he immediately wished the death of Ivan’s cow. If either way we’re not going to have it, why does it bother us if someone else does? Why do we feel this haughty need to be on top, to be over other people?

The Talmud [Tamid 32B] teaches that Alexander Mokdon approached the gates of the Garden of Eden. Although he was turned away he was given a souvenir-a skull. Amazingly, when this skull was placed on a scale it outweighed all of the silver and gold that was placed on the other side. It seemed that nothing could outweigh it. He approached the Sages who explained that it was the eye-socket of man which is never satiated. He then covered the socket with earth, symbolizing death, and it was immediately outweighed.

We see and we want. Perhaps that infinite want emanates from the fact that we were created in order to ‘earn’ infinite reward. When we get sidetracked in life, we twist, distort and misdirect that infinite want onto the finite. Anything anyone else owns detracts from my infinite wants. Upon death, when a person is confronted with the true infinite pleasure-an intimate connection to Hashem-all of the illusory gold- colored stones come crashing down to the ground.

The last of the Aseres Hadibros {the Ten Commandments) is Lo Sachmode-Thou shalt not (a.k.a. Don’t} covet. We are commanded not to desire that which belongs to others. How can that be commanded? If I want it, I want it! I can be commanded not to take it but how can I be told not to want it?

The Even HaEzra explains that a person must internalize the concept that Hashem provides exactly what one needs to go through life with. As the morning blessings state: “He has provided me with all of my needs.” My friend’s wife, house, etc. are clearly not meant for me. The commandment is actually a command to build up our emunah {faith} to the point that we have no desire for that which belongs to others.

Simple… Thank you very much… But one slight problem. How does one go about doing that?

If the entire Torah was to be taught while standing on one leg it could be encapsulated into the commandment to love your neighbor as yourself. Rav Dessler offers a number of explanations. He writes that love comes about as a result of giving. When you give to others, you give a part of yourself. You see yourself in that other person. As the Jerusalem Talmud teaches, just like someone who accidentally cuts himself wouldn’t consider taking revenge against his hand, so too all of Israel is one and the idea of taking revenge against oneself must be viewed as outrageous. One who is dedicated to helping others becomes one with them. There is no jealous slander, haughtiness or begrudging with oneself.

But there is an even higher level. If one loves his neighbor who was created in the tzelem Elokim {the ‘form’ of Hashem}, he is loving and honoring Hashem Himself. The more one humbles oneself before Hashem, the more he’ll humble himself before his neighbor-the walking representation of Hashem in this world. Thus, through loving and honoring others, one can access that true infinity while still being here in this finite world. By becoming a disciple of Avrohom one represents the antithesis of the attributes which erupt onto the body of the metzora.

Each of the holidays corresponds to one of the forefathers. Pesach is the holiday of Avrohom. Avrohom was the pillar of chessed-acts of loving-kindness to others. Pesach was the epitome of Hashem’s kindness to us as we were transformed from a state of bondage under an oppressive king to gratifying, uplifting service to the benevolent King of kings.

We will read the parsha of Metzora immediately before Pesach. Metzora-the evil coming out-the misguided desire for infinity binding the body with its malaise. Yetzias Mitzrayim-coming out from the evil of Egypt-casting off the shackles which bound our bodies and spirits, allowing us to soar toward the true infinity.

“Kol dichfin…yaysay v’yifsach-May all those who are ‘hungry’ come join us for Pesach. [The Passover Haggadah]”

Wishing you a good Shabbos and a kosher and joyous Pesach,
Yisroel Ciner