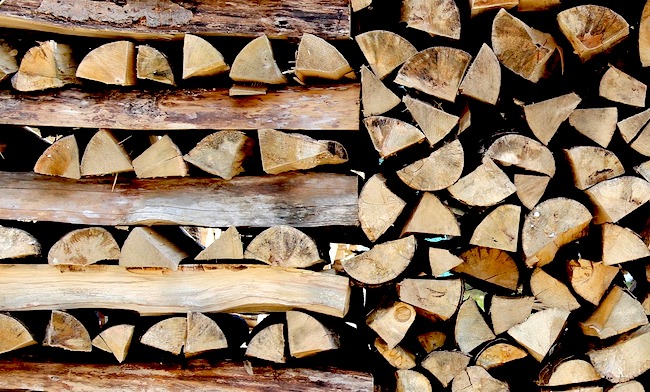 The Layers of Redemption 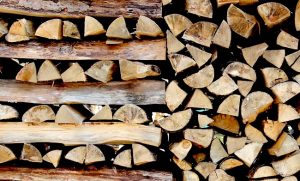 This week’s parsha, Ki Tavo, contains the Tochacha–the terrible curses that will befall Bnei Yisroel {the Children of Israel) if the will of Hashem is not followed. This past century has seen the fulfillment of many of these passukim {verses}. A colleague of mine pointed out a passuk {verse} that chillingly applies to the events of the past months.

The N’tziv in his classic Haamek Davar explains in the following way: You will be astonished, how can it be that a few gangsters have done so much (to you) and your hand that has been strong has been unable to save you. This is what will drive you mad.

A clearer depiction of the maddening frustration felt during the present situation would be hard to find.

But how are we supposed to view the terror and tragedy that has become the daily fare?

Verber and Wechsler were certainly of the most famous escapees from the Nazi concentration camps. They even managed to take out of Auschwitz papers that documented the horrific killing apparatus that the Nazis had organized.

At the end of the day’s work, the inmates would be marched into the inner camp and roll call would be taken. If all were accounted for, the gate of the inner fence would be locked and the guards manning the outer towers would move in to man the towers along the inner fence.

If anyone would be missing, a siren would sound and the search would begin. For the next three days, the outer fence would be manned continuously and hundreds of men–all SS men and their blood-hounds, the Ukrainian workers and the German common criminals who were also incarcerated in Auschwitz–would comb through every possible hiding place in both the inner and outer areas of the camp. If the escapees were not found after three days, a siren would signal the end of the search and the guards would resume their usual schedule, only manning the outer fence during the day.

At that time, Auschwitz was in the process of adding on additional bunkers. Neat and orderly piles of lumber were lined up in the outer area. The underground arranged that their people would be in charge of unloading and arranging the lumber that was delivered and they piled it up in a way that there was a small crawl space under the top three layers. Verber and Wechsler crawled into that area, had the top layers placed above them and covered themselves with Russian tobacco and kerosene in order to mask their scent from the dogs.

That night at roll call the siren sounded and the search began. The pile of lumber where Verber and Wechsler were hiding was passed tens of times but since the dogs ignored it, so did the searchers. Two and a half days went by and the hungry, frightened, exhausted escapees began to think that they would actually get away.

On the last day with just a few hours left, they heard two Germans approach the lumber pile. “Maybe they are in there?” they heard one say. “Impossible,” the other retorted, “the dogs would have sniffed them out.” They decided to check anyway. One layer was lifted off and then a second. They were about to begin lifting off the third layer when they heard shouts coming for the camp. Thinking that the escapees had been found, they ran to join the ‘festivities,’ never to continue their search of the woodpile.

A few hours later, the siren signaled the end of the search. When night fell, Verber and Wechsler began the arduous task of getting out of their hiding place. The three days of hunger, stiffness and terror had taken their toll. The lumber had become so heavy. It took hours to push a few pieces over enough to allow them to crawl out. They then made their way under the unmanned, non-electrified fence to freedom.

Imagine the terror they felt as the first two layers were removed. Imagine the despair of those moments when the freedom that was so close seemed to be suddenly moving out of reach. Imagine how they must have been cursing the moment.

However, that which caused that terror, that torment and that despair was actually their salvation. They never would have had the strength to remove three layers of wood. Their hiding place would have become their burial place were it not for that close call.

Perhaps, that is how the events we’re experiencing need to be viewed. Each act of terror, each close call is peeling away layer after layer, bringing the redemption that much closer.

We live in a time of opposites and extremes. I wanted to somewhat balance the difficult time we are going through with a letter I received that shows a very different aspect. As per her wishes, I have left out her name and the country she’s from in order to protect her.

Dear Rabbi Ciner,
I found this particular parsha very insightful and made me do some real soul searching. I have written recently to you; I am a believing gentile and Noahide with my two sons aged 25 and 23.

I have been studying in this website and other sites like the Chabad for about 9 years since the Internet came to my country. My sons and I left Christianity about 13 years ago. My husband is a strong Hindu, but does not interfere with our beliefs.

I have to learn very low profile as ******** has Islam as its national faith and though there are 35% Chinese and 2% Indians of various faiths which is allowed, the hatred for Hashem’s Chosen is beyond ones wildest imaginations. All man made faiths are allowed except the True One. HaShem has blessed me with an Artscroll Tanakh Stone Edition which I bought by airmail from Australia. Now, today that’s impossible as Taleban activities have started here for the first time through our univ students and life is slowly becoming fearful. So my sons and I are praying for peace for you all as HaShem’s Chosen, the eternal physical and spiritual caretakers of the Holy Land which would be a House of Prayer for the whole world. We know salvation would come to us through you all. We have a Noahide site run by a moderator and your articles appear there often. We see the prophecies of Isaiah coming to life as gentiles turn to orthodox rabbis to teach them about HaShem.

G-D protect and bless your Homeland, home and you always, *****

Amazing times we are living through…