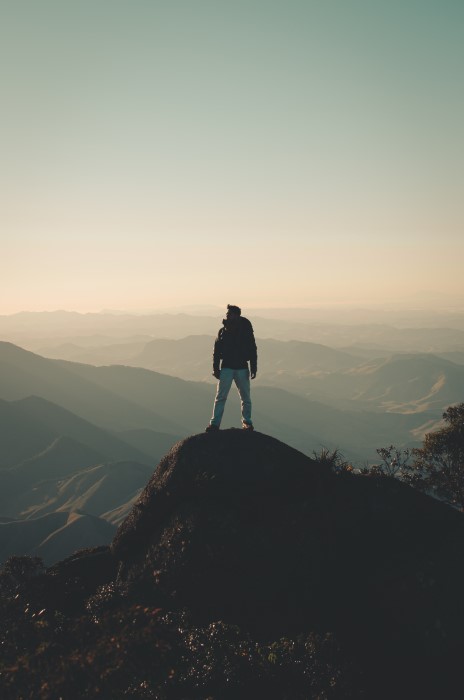 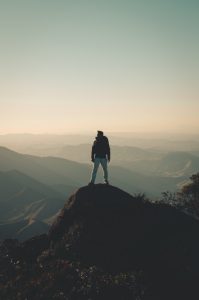 This week we read the parsha of Va’yishlach. As Yaakov was on his way, traveling from Lavan’s house back to his parents home, Va’yishlach Yaakov mal’a’chim {Yaakov sent messengers} to Esav, his brother. [32:4]”

Rashi, based on the Medrash, explains that these messengers were actual angels. Yaakov sent such messengers in order to frighten Esav a bit and make him realize just whom he’d have to contend with if he’d decide to fight with Yaakov.

The passuk {verse} teaches that these angels were sent “to Esav, his brother, to the Land of Sa’ir, the Field of Edom.”

The Ohr HaChaim explains that these three descriptive terms represent the three different relationships we, Israel, will have with Esav until the time of the Moshiach {Messiah}. Until the destruction of the Temple the relationship was one of “his brother”good, brotherly dealings existed between Yaakov (Israel) and Esav (the nations). From the time of the destruction until the time of the Moshiach, it has been “the Land of Sa’ir.” Esav’s land and Esav’s control. Ultimately, with the coming of the Moshiach, that “Land of Sa’ir’ will be no more significant than “the Field of Edom;” ready to be plowed and replanted in a way that will be in accordance with those Messianic times.

The stories of the Patriarchs serve as guiding lights for their descendants. Let’s look at the message that Yaakov sent and see how it can apply to us.

“This is what your servant, Yaakov has said: ‘Imm Lavan garti {With Lavan I have sojourned} and stayed until now. [32:5]”

Rashi offers two explanations. GartiI have sojourned. I haven’t become a prince or an important person–I’ve remained a traveling man. You, Esav, have no reason to hate me over the blessings that you felt I took from you. Your concern was that I stole olam ha’zeh {this present, physical world}. The fact that the blessings haven’t been fulfilled shows that they actually applied to Olam Habah {the World to Come}. I haven’t taken anything of interest to you.

Rashi’s second explanation is that the word ‘garti’ has the same numerical value as taryag, the acronym of the 613 commandments. With Lavan I have lived and the 613 commandments I have upheld. Although I’ve spent the last twenty years in the company of an evil person like Lavan, my faith and dedication to fulfilling the will of Hashem hasn’t even wavered.

Yaakov wasn’t fooled by the temptation that perhaps, watering-down his dedication would serve to draw Esav closer to him. On the contrary, he understood that his strength was in his standing firm.

This concept was shown to me a few weeks ago in a very beautiful way at a wedding that I had attended. The crowd at the wedding was going to be an eclectic group including Jews ranging from ultra-observant all the way to completely uninitiated and many non-Jews. The groom and bride were intent on having a fully observant wedding, including a mechitzah {divider, in this case, elegant plants} to separate the men’s and women’s dancing.

Appreciating the challenge they faced with this diverse group, the groom and bride, weeks before the wedding, sent out a beautiful letter explaining the different aspects of the ceremony and subsequent reception. They explained what would be happening and the meaning behind each custom. As such, people came with open minds prepared to experience something new.

The afternoon of the wedding, as the groom and I were walking through the different areas that would be used for the wedding, I was introduced to Charleston. Charleston, an African American (non Jewish) who stood about six feet, nine inches tall, was an unusually sweet person. His responsibilities were going to include guiding the guests from one area to another as the wedding would progress through the different stages and ensuring that the wishes of the groom and bride would be adhered to. As such, I spent quite a bit of time with him before the wedding, explaining what would be happening at different points.

In the end, the camaraderie, warmth and harmony at that wedding were something that was very unique. The groom’s father told me how a non-Jew had approached him after the wedding, telling him that this was going to be the talk of the town for weeks. “No one at work will believe that I didn’t dance with my wife–didn’t dance with anybody’s wife for that matter! just danced with the guys and had the time of my life!”

An older couple, I don’t know if they were Jewish or not, approached my wife and I, telling us how this was the most incredible thing that they had ever experienced.

For me personally, the clincher was when Charleston approached me after the wedding. “Rabbi, tonight was an incredible education,” he told me with his voice cracking and tears in his eyes. “Thank you for sharing this with me,” he said as he bent down (way down) and gave me a big hug.

It was truly incredible. What touched the heart of everyone there was seeing a Jewish wedding in its full unadulterated, not from concentrate, beauty and dignity.

“With Lavan I have lived and the 613 commandments I have upheld.” When it comes to Hashem’s commandments, it’s not for us to tinker around.

The Chofetz Chaim used to tell a story of a king whose officer told him that he was going to attend a gathering. The king asked him to promise that he wouldn’t make any bets, which he agreed to.

The next day, the king asked him how he had enjoyed the gathering. He responded that it was wonderful.

“Did you make any bets?” the king asked.

The Chofetz Chaim would conclude by saying, “Let no person think that he is smarter than the Torah. You never know what’s behind it.”

When the King of kings tells us what to do, we only gain by adhering.