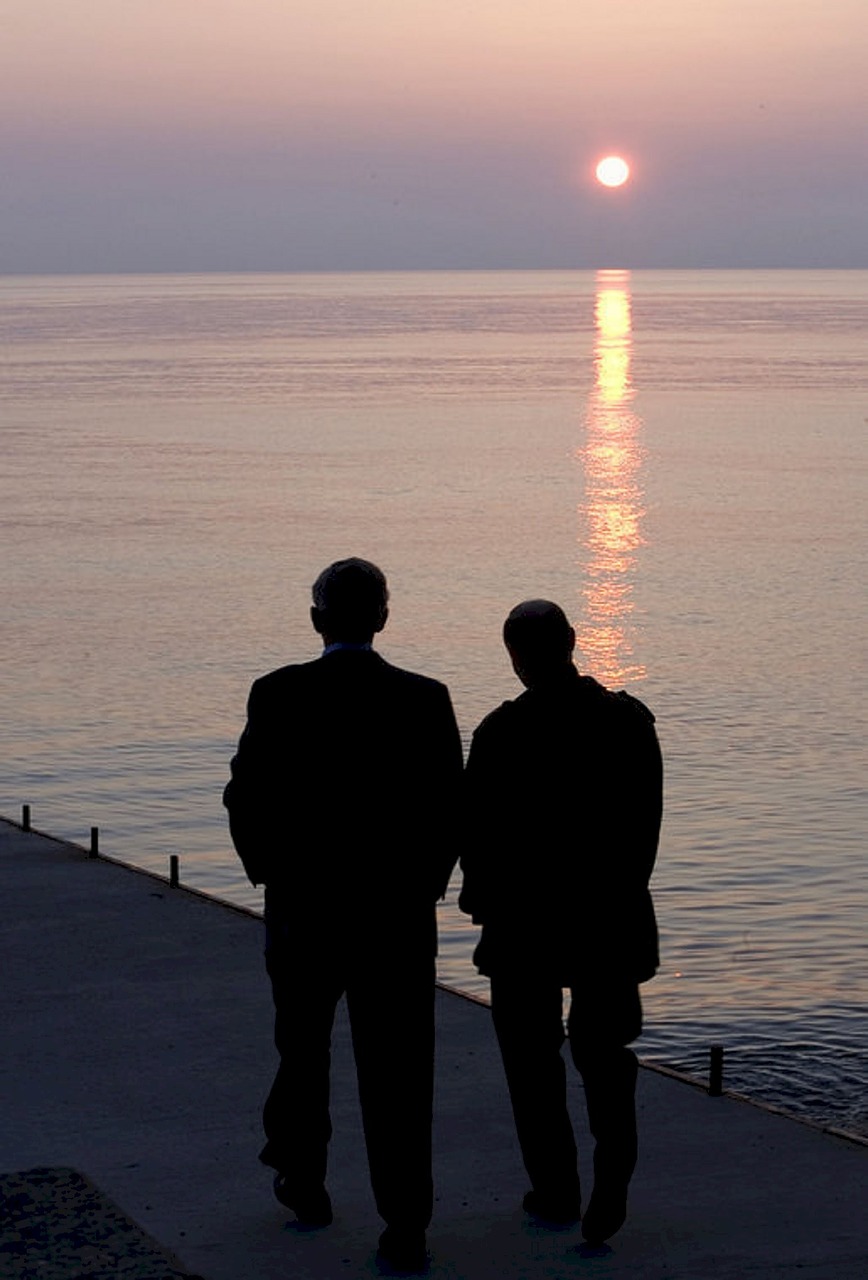 My Conversation with an Atheist 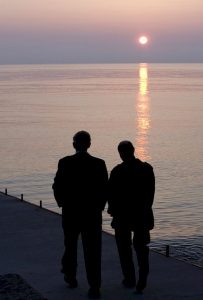 “What is your proof,” I recently asked a self-proclaimed atheist, “that God does not exist?”

He answered, “I don’t need proof.”

“You do,” I told him, “if you don’t want to be downgraded to only an agnostic.”

“What’s the difference?” he asked.

“Well,” I explained to him, “an atheist BELIEVES God doesn’t exist. That requires proof. An agnostic only DOUBTS God’s existence, and that requires investigation to either prove God exists or to prove He doesn’t exist.”

He thought for a moment. He wasn’t giving in so easy.

“How can there be a God,” he asked, “if children can be born with debilitating defects, or into families that will never give them a chance to get ahead in life?”

“That is tragic,” I agreed, “but how is that a proof against God’s existence?”

“It’s so UNJUST!” he said emotionally.

“It sure seems that way,” I agreed. “But, what if there was a reason for it that WE can’t see?”

“What if in his previous life the child abused his OWN children?”

“Because you have proof that it doesn’t exist?”

“No, but I don’t have proof that it DOES exist.”

“Did you ever learn Sha’ar HaGilgulim, the Arizal’s work on reincarnation?”

“No. But, just because some rabbi wrote about it doesn’t mean that it exists.”

“True,” I admitted. “But, after seeing what he DID write about the topic, I have to say that it is hard NOT to believe in reincarnation. Let’s learn it together and you can draw your own conclusion.”

“Perhaps,” was all he said.

“Perhaps,” I questioned. “Are you kidding?! If you’re wrong about this, you’ll be making the BIGGEST mistake of your life! That doesn’t concern you?”

I didn’t expect him to change his mind. I knew the truth that he didn’t want to admit. He wasn’t an atheist because there IS no proof whatsoever that God does not exist. Any so-called proof is easily moved from the “Conclusive” category to the “I have a question” category with a couple of simple counter questions.

“Let me ask you,” I began. “What if you had approached your own father the same way?”

“What do you mean? I could SEE my own father. He was real.”

“I know. But what if you acted as if he didn’t exist, ignoring everything he said?”

“I wouldn’t have made it to my next birthday!”

“So you would never have tried such a thing,” I asked him, “because you were afraid of the consequences?”

“How did you know there were any?” I further asked.

He smiled a knowing smile. “I had already experienced them, and saw my father in action with my siblings as well.”

“God? First off all,” he explained, “I don’t see Him. Secondly, I don’t know if I have ever been punished by Him, and thirdly, I certainly can’t tell if the suffering of other people is the work of God either! If God really existed,” he said, “then a lot of people are getting away with murder—literally—and He’s not doing ANYTHING about it!”

“At least that it is the way it looks to you.”

“What do you mean THE WAY IT LOOKS? That is the way it is!”

“Appearances can be deceiving,” I told him.

“Yeah, well, sometimes,” he said, “but not on such a massive scale!”

“Hmm,” I said. “From where I stand, I don’t see the problem. I don’t think you would either if you would just take the time to understand how God works. You’re oversimplifying Him.”

I was about to offer him the opportunity to learn what I mean, but knew it would be futile. As I said, it wasn’t the truth he was after, no matter how much he claimed it was. God is serious business. Life is serious business. The Torah makes fantastic claims that are not easily refuted. A truth seeker by definition has to at least investigate what they are and why that cannot be easily dismissed.

On the contrary, a REAL truth seeker would not be hesitant to check out Torah. He would jump at the opportunity because there would be a chance to know truth, or at least more of it. His own fears and inhibitions would take backseat to his drive be honest about life. This is was not the case with the person with whom I was presently engaged in a philosophical dialogue.

Instead, I asked him to switch roles.

“You want me to play you and you’ll play me?”

“Perhaps. But, I think it will also be fun. Worse comes to worst we’ll get a good laugh and drop the whole thing.”

He considered the offer. “Five minutes only, right?”

Not only did I ask his questions, but I was pushy. I played an arrogant atheist, and he actually got angry at me. I had to get him so emotionally involved in the dialogue that he would stop thinking about what say to defend himself so that his inner being would answer, and not the one set up to defend his mistaken way of life.

The best part was when I refuted his logical conclusions with random statements. Playing me, it frustrated him. I quoted famous atheists and he asked me about how much they had ever really checked into the topic of God and Torah. I used science as a “proof” and he actually saw how to turn it around as evidence of God’s existence! I learned a lot from the interchange, insights I had not considered before.

Around five minutes I stopped on a dime. I simply smiled. The abrupt end acted like the snapping of fingers at the end of a hypnosis session. He “woke up.”

“Well, that sure was fun,” I said innocently. “I actually learned a lot from you.”

He said nothing. His face was serious. He was confused.

“I guess . . .” he said from a distance. He clearly did not know what to say next, as if the next thing to come from his mouth would either make him a hero or a complete liar. He took the “Fifth.”

Every part of my being wanted to move in for the “kill,” but it seemed unfair and unwise. The rest was really up to him. The struggle would have to be inner from that point onward, and I purposely changed the direction of the conversation, though clearly he remained affected by the experience.

As we parted ways, I felt so grateful that I had long ago hurdled those inhibitions. I was so excited that I had come to the right conclusions when I had, and that I had had the courage to admit to a truth that, at first, did not appeal to me in the least. I felt so blessed to be able to spend my time and energy delving deeper into Torah and the mitzvos. An incredible amount of people, even geniuses, delude themselves about God and Torah, rejecting both. What a brochah that I wasn’t one of them . . .

And this is the blessing with which Moshe, the man of God, blessed the Children of Israel before his death. (Devarim 33:1)