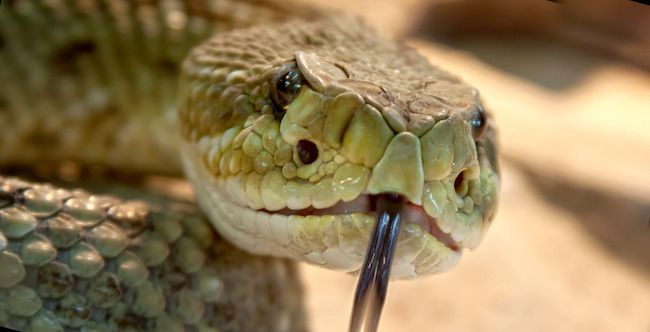 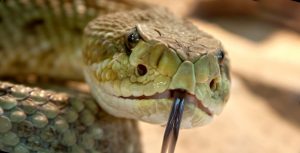 And Yosef said to them, “What is this deed that you have committed? Don’t you know that a person like me practices divination?” (Bereishis 44:15)

There is no need to go into the statistical odds of that “code” occurring, but I WILL just tell you that it is rare. If you want to know HOW rare, find someone who can work it out with you. But, before you do, make sure to explain the following  as well. It is part of what makes this “find” so interesting.

The Hebrew words for “divination” are, “nachaish yenachaish.” Not coincidentally, the root letters of these words are the same letters as for the word “snake,” which is “nachash,” spelled, Nun-Ches-Shin. Also not coincidentally is that the gematria of “nachash” and “Moshiach” are the same, 358. As the rabbis teach, it was the original nachash who caused us to go into exile when it convinced Adam and Chava to eat from the Aitz HaDa’as Tov v’Ra—the Tree of Knowledge of Good and Evil. It will be its antithesis, Moshiach, who will make it possible for us to return there.

That was Point One. Point Two is that this reversal of the encoded word “Moshiach” perfectly describes Yosef’s situation. Yosef’s brothers had looked at him as if he was as bad as the snake that had steered the first man and woman in the wrong direction back in Paradise. They sold him into slavery to protect the future Jewish people from any damage he might possibly do. Yosef ended up being their “Moshiach.”

It was THE classic case of:

The stone despised by the builders became the cornerstone. (Tehillim 118:22)

The big question is, of course, how does that happen? The answer to THAT question, conveniently, is in the NEXT verse:

There are many ways to describe the battle for life. Probably the BEST way is as a fight to remain appreciative of even the smaller miracles in life. These are the ones to which we refer every day, three times a day, in the Shemonah Esrai, in “Modim”:

We thankfully acknowledge that You are God our God and God of our fathers forever. You are the strength of our life, the shield of our salvation in every generation. We will give thanks to You and recount Your praise, evening, morning and noon, for our lives which are committed into Your hand, for our souls which are entrusted to You, for YOUR MIRACLES WHICH ARE WITH US DAILY, and for Your continual wonders and beneficences. You are the Beneficent One, for Your mercies never cease; the Merciful One, for Your kindnesses never end; for we always place our hope in You.

Just ask yourself how many times you really feel much appreciation when you say this brochah. I mean REAL appreciation. It’s so easy to “fly” right through it because we simply do not realize how fortunate we are to have all the things we do in life until, of course, something goes wrong.

The Ksav Sofer explains that this is why the Talmud says that one who says Hallel EVERY DAY, which we started saying now for Chanukah, blasphemes God. BLASPHEMES GOD? PRAISES GOD the Talmud should say!

It is no coincidence that people who do not appreciate every last gift in life tend to be arrogant as well, or vice versa. They don’t have to be obnoxiously arrogant, but just a little too self-believing, which does not sit well with the trait of humility. And, it is HUMILITY that allows us to see life as God does, and THAT is when we start seeing Divine “cornerstones” as Divine cornerstones.

So, what does this have to do with Chanukah, which celebrates the BIG miracle? Well, does it? Yes and no. It DOES celebrate a HUGE miracle, but part of that celebration is because of what it means about the smaller miracle: the finding of the jar of oil.

Had the Chashmonaim “only” won the war, Chanukah would not have become a national holiday. Had they “only” found the undefiled jar of oil, they would also not have declared a national holiday. But, when the oil burned for seven extra days, OVERTLY miraculously, it revealed, retroactively, that even the smaller covert miracles are HUGE AND OVERT, if you allow yourself to remain sensitive to them.

In the end, this is what the oil-miracle was about. It was God’s way of saying, in a prophetless time, “Just as I performed a miracle for you with the oil, I perform miracles for you ALL the time, whether you can see them or not. TRUST Me, even when you feel like I’m not there. I AM, and ALWAYS care about you.”

Just a P.S. before closing. We are about to begin Sefer Shemos, b”H, and in advance of this, I have completed and uploaded the next volume of “In Discussion” to the Amazon store, as well the PDF version to my own store at Thirtysix.org. Like Volume 1 on Sefer Bereishis, Volume 2 on Shemos discusses well-sourced ideas on the weekly parsha, vis-a-vis fictitious characters, making the book like somewhat “novel.” However, this time each parsha is about the same character, and his return from a secular life to a Torah one, as a result of ideas and experiences connected to the weekly parsha.