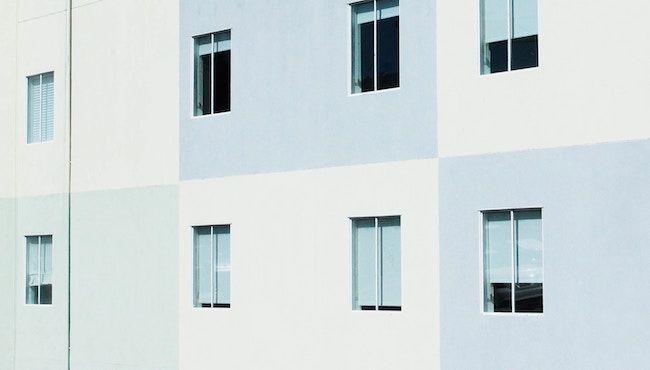 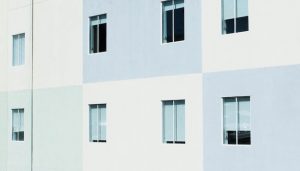 THERE IS ONLY one type of criticism, but two kinds of people to “receive” it. There is the person who “hears” it, and the one who doesn’t, or more accurately, CAN’T.

Of course there are many ways you can level criticism at someone, from “soft sell” to “all guns firing.” But at the end of the day, or rather, at the end of the criticism, the point is the same: something is wrong and needs to be changed.

When it comes to the receivers of criticism, there are “Windows” and “Walls.” Like real windows, these “Windows” let criticism in, and quite possibly, back out again. (“You’re criticizing me? Before you criticize me, look at your own life…”). Like real walls, these “Walls” just let any criticism directed at them ricochet right off.

With “Windows,” there is hope. These people may not change right away, but they will probably change over time, at least a little bit. There can BE improvement, and it is worth caring about what they do and how.

Not with “Walls,” though. These people are hopeless, so you might as well save your breath. Unless it is simply therapeutic to speak your mind no matter WHO listens, perhaps save your energy for something that DOES make a difference.

True, the Talmud says that a person has to protest when something is wrong even if they do not believe it will change anything (Shabbos 55a). In fact, it goes so far as to say that if you don’t at least say something, then you can end up being held responsible for their “sin.” Keep THIS is mind next time you find yourself shouting at a “WALL.”

Not all “Walls” are the same. Some might know better, but just refuse to face the less-than-nice facts about themselves. They’re insecure, and have a difficult time accepting that they are flawed, even though they so obviously are…even to THEM.

Then there are the Walls that are simply missing something. They lack some component that would allow them to see themselves in a true light. Whatever it is that allows a person to compare their behavior with a DECENT social norm in order to appropriately judge their actions, they lack. They just can’t tell that they’re doing something wrong.

About 30 years ago, a book came out that questioned the new standard of modesty winning over society. It bemoaned how things that used to embarrass people in public had become more acceptable, which is never good for mankind, not from God’s perspective. Shame had gone missing from many sectors of society, and some of that had even spilled over into the Torah world as well.

That was then. Today, something ELSE seems to have disappeared. It seems we’ve reached that point in the historical cycle (because the pattern has repeated itself many times already) when people lose touch with the world around them. Social context, for many, is vanishing.

A simple example. A person needs to park, but all spots close to their destination are taken. So, they park on the sidewalk instead, possible inconveniencing, or worse, endangering pedestrians. Or there is a small spot remaining that is only big enough for part of their car, so they park part of their car in it, and let the rest of their car remain sticking well into the street, blocking traffic, endangering people, and putting their own car at risk.

The other day, while at the local grocery store, a woman pulled into a convenient parking spot right in front of the store. What she failed to realize, as she got out of her car talking on her cell phone, was that the spot was left open because other drivers had noticed that parking there blocked the entrance to the parking lot itself!

So I stopped her in her self-absorbed tracks and pointed out her error. She turned around to verify what I was saying, returned to her car, and moved it. Had she already known this, and chose to ignore it, or had she been too involved in her reality to care how what she did affected others? I didn’t ask her that, and I doubt giving her mussar would have changed much anyhow.

But something I have noticed about many such people is that they are not malicious. They do not have ill-intent. In fact, a lot of times they think they are doing the right thing and helping out society with their convoluted way of thinking. They are, basically, very nice people.

That’s important, for a number of reasons. For one, it makes it easier to not get angry at them for their somewhat reckless behavior. It is always a lot more annoying when people know better but do worse. It’s also a little easier to put up with when the problem is generational, and not specific to a few individuals.

Furthermore, as we learn from the story of Yonah, read at Mincha on Yom Kippur, God also deals differently with sin that is committed from sloppiness versus sin committed from a lack of mental capability:

Now should I not take pity on Nineveh, the great city, in which there are many more than one hundred twenty thousand people who do not know their right hand from their left…? (Yonah 4:11)

That’s certainly today. So many people do not know their right from their left, especially POLITICALLY, or – right from – wrong, SPIRITUALLY. And this saved Nineveh in Yonah’s time, and who knows how much it is saving OUR generation in OUR time!

The question is, but for how long? One of the straws that broke the camel’s back in Noach’s time was a general disregard for the wellbeing of others. The world can handle only so much selfishness before God decides to lower the boom on mankind. Innocence can spare a person time in Gehinom, but not necessarily in everyday life.

It is the way the world is made. For example, it doesn’t matter that the two drivers were trying to drive safely. When they hit each other, serious damage resulted, because that’s the laws of Physics. Likewise, Creation is built to handle only so much “Me-ness.” After that, it falls apart.

This is, perhaps, why such an integral part of Yom Kippur is asking forgiveness from others. We didn’t do it on Rosh Hashanah, but we certainly do it on Yom Kippur. We even have a special prayer, “Tefillah Zakah,” that we say before Kol Nidre with which we declare our forgiveness of others.

Why would a day of working hard on personal forgiveness start off with forgiveness of others? Why does God say that He won’t forgive us for wronging others if they haven’t first forgiven us, if not because how treat others is so integral to the purpose of Creation?

We’re not here to create “Me” generations.

We’re here to create “Others” generations.

So, maybe there is something missing from this generation that used to exist, either in education or in actual brain capacity. But we should work on reversing that and fast. God has patience with us. This is the time to fix that, especially as we become a bit closer to one another, leaving the privacy of our brick homes for the lack of privacy of our schach-covered “tents.”

Anecdotally, one of the highlights of Succos for me has been sitting in my succah while being able to hear other families singing Yom Tov songs. It created a sense of achdus—unity we don’t get the rest of the year. Now it is clearer that even this is more intended than incidental.