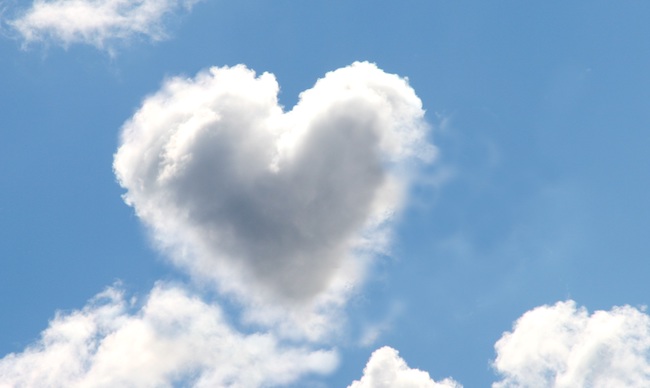 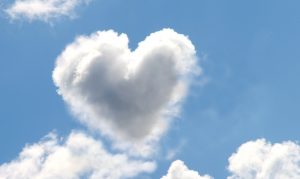 RECENTLY A RELATIVE told me about a story I had heard before, though I could not recall where. It was about a man in the camps who had been taken out by Nazis to be hanged. He was asked if there was anything he wanted before he was killed, and he asked for his tefillin, which he was given.

As he wore his tefillin he noticed the Jews who had been gathered to watch the killing were crying. He told them, “Don’t be sad. I am happy to be doing this,” as he sanctified the Name of God one last time.

When the German soldier saw that the Jew was enjoying himself, he brought him down off the platform and instead gave him a bunch of rocks to hold. He told him, “If you drop any of these rocks, I will shoot you,” and then proceeded to beat the Jew 29 times. Somehow, miraculously, the Jew did not drop a single rock and, even more miraculously, survived the war.

As I listened to the story, a little voice inside me said, “Hashem! This man was risking his last moments of life to sanctify Your Name, and he even derived enjoyment from the sacrifice. He CLEARLY loved YOU, and this is how YOU responded? By having the enemy take his tefillin away and mercilessly beat him instead?”

True, it saved his life, but was there no other more “peaceful” way to do that? Couldn’t there have been a fire, or an air raid…or something else to interrupt the Nazi brutality? There are many stories of that type. Why did this prisoner have to go through what he did? HIS love we saw; where was GOD’S?

The truth is, it did not start or end there. We can look back to Rebi Akiva, who suffered humiliation as he became a ba’al teshuvah at the age of 40, and gave the rest of his life to Torah. As the angels themselves questioned, Rebi Akiva should have passed from this world peacefully, not being tortured by the vicious Romans to his dying moment!

Where was God’s love THEN?

I, on the other, have worked differently. I think I have always loved God, but more so as I get older. And I love to do things to show that I love Him. But I have to admit, when they backfire, or they don’t bring the kind of “positive” results I expected, I am disappointed, confused, even frustrated. To use the language of the Talmud, I sort of kick the succah on the way out. Love’s a two-way street, right?

Wrong, at least not when it comes to God. True, the Mishnah does advocate unconditional love between people, but not to the point that you withstand abuse. When humans don’t reciprocate love, it can be an indication of something wrong. You may not love someone else for ulterior reasons, but you certainly shouldn’t turn a blind eye to an abusive partner, who certainly means you harm even if they can’t help themselves.

When it comes to God, however, we say, “All that God does He does for the good.”

But what if it was for the bad?

That’s what it says: All that GOD does He does for the GOOD. It means that whatever seems like the worst thing possible to us, ultimately, and by definition, is for the good. That is why He is called “God,” like the word “good,” to remind us that God by His very nature, only does good.

This would not have been so hard to see had the first man not messed things up by eating from the Aitz HaDa’as Tov v’Ra, the Tree of Knowledge of Good and Evil. Man was straightforward, and therefore God could be straightforward with him. Good was good and bad was bad, and never the twain met.

When Adam sinned, however, and ate from the forbidden fruit, he changed EVERYTHING. He especially changed the way God worked with us because, kabbalistically, Adam caused good and evil to mix, causing good to be in evil, and vice versa. It made history and Hashgochah Pratis—Divine Providence—murky.

Accepting Torah at Mt. Sinai, 2,448 years later, was the opportunity to reverse the sin of Adam HaRishon and set things right once again. But that too was short-lived, when the Erev Rav, the “Mixed Multitude” whose very name implies such a mixture of good and evil, built the golden calf. It undid just about all of the rectification of Kabbalas HaTorah, making history, and Divine Providence, murky once again.

Accepting on faith that God only does good is the way we survive the deceptions of history. It means a ONE-WAY love with God, from us to Him. He does not need to perform acts that WE can perceive as GOOD, and therefore, as acts of love. He loves us. He always has. He always will. He may hate evil, but He loves us, and that is the greatest “given” of life there is.

The variable in our relationship with God is not HIS love, but OUR love. How far are we prepared to go to love Him? How unconditional can we make our love of God? How strong is our love, that it won’t bend under the pressure of what seems to man, to be Divine abandonment?

His idea of entitlement was born out of the belief that love of God was a two-way street. He assumed that he had risen to (or at least inherited) a level of greatness that God “appreciated,” so he expected to get some of the appreciation back in terms of a higher position in life. Without that confirmation, Korach and, thanks to him, his assembly, felt “robbed,” and they took their grievance to Moshe.

Moshe responded that it had nothing to do with entitlement as much as it had to do what was right for the situation, as God saw it. If he was overlooked, it was God Who overlooked him, because there was a better way to go for the sake of the Jewish people and Jewish history. What he was given already, Moshe told him, was from God. Demanding more was at the cost of things greater than himself, and even the 250 of the Sanhedrin.

Loving God does not entitle us to anything, at least in this world. It will entitle us to EVERYTHING in the NEXT WORLD. In this world, it is a tremendous merit to be able to love God, and to find ways to express that love. Fortunate and blessed is the one who truly feels love of God in their heart. Happy will be the one who can do that without looking for signs of God’s love in return.

Make no mistake about it. If you truly love God then God will truly love you. The truth is this, God loves you regardless. And make no mistake about it, He loves to show you His love in this world too, when the situation allows. But one mistake you should NEVER make is to think that if YOUR love of God does not result in what you think should be an act of HIS love, that it means HIS love isn’t there.

It IS there, more than we can ever know, for now at least. Later, when history comes to a close and the yetzer hara is no more, and all evil is gone from the world, we’ll see the truth. And we’ll be overwhelmed by just how much God has ALWAYS loved us.