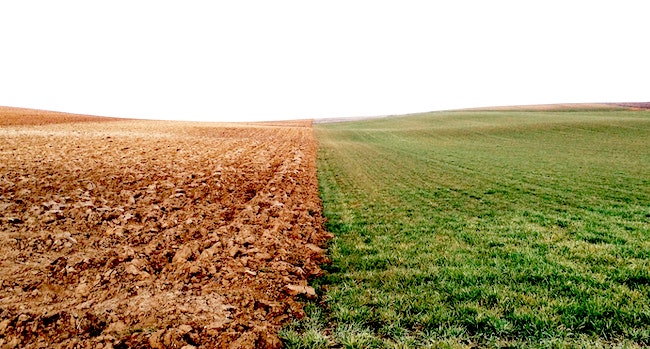 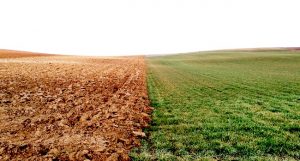 Moshe called the whole community of the Children of Israel to assemble… (Shemos 35:1)

I HAD A tangerine for breakfast this morning, and it was quite the KABBALISTIC experience. To begin with, it looked perfect, the color, the shape, everything about it. It was largish, so it also looked easy to peel. And I wasn’t disappointed once I actually ate it, because it tasted every bit as good as it looked, b’H.

Of course, I did not eat the whole thing. As apPEALing as the peel looked, I did not eat it. It smelled great, but my stomach would not have appreciated digesting that part of the fruit. So, I easily removed it and dispensed with it into the garbage container. I was ready to eat.

Oops, apparently I wasn’t through yet. This orange was very pitty. I had to spit those out first before chewing the meaty part and swallowing it. Five minutes later, the entire orange, at least the part I actually ate, was gone and I moved on to the next course of my breakfast.

But even as I did my body was not through with the orange yet. Even what I consumed of the orange was not all food, and my digestive system took over the process of separating out the food from the waste, a longer process. Only once that was done, would the rest of my body get to benefit from what was left from that perfect orange, while rejecting the part it cannot use.

It’s a little different with an apple. Orange peels are for the most part inedible, or at least hard to eat. Some orange peels are so thick that by the time you finish removing them, only half the volume of the original orange remains.

Apple peels are quite edible. They just have to be washed thoroughly because of the teensy bugs that might live on the peel. But after that, the apple and peel can be eaten. The peels of some fruits and vegetables are even quite healthy.

Nevertheless, the apple will go through a similar process, once it enters the digestive system. The body will know which parts are good for nutrients, and which parts are to be rejected, and it will take care of both. And that is the way it works for pretty much anything that gets past our teeth and into our stomach, a separation of the good from the bad.

And such is life. All that ever goes on in history is the separation of the good from the bad, or at least the less good. Most of the time we probably don’t see it happening, or know that we’re doing it. But 24/7, “digestion” is happening everywhere, on all levels, and at all times. And the process won’t stop until the last bit of good has been separated from the bad, at which time Moshiach comes and history, as we know it, will come to an end.

The Kabbalistic term is “Birrur,” which means “separation.” Kabbalah teaches that everything in Creation is a combination of good and bad. The good is something completely spiritual called a holy spark, which is what gives life to all that exists, even the seemingly non-living things. The bad or the waste, is the part that contains the spark.

The threshold between simply bad and actual evil depends upon how easy it is to access the spark and use it for some holy purpose. For example, it is not that difficult to grow an orange, harvest it, and then consume it, and turn its spark into mitzvah-performing energy. This makes the “waste” of the orange “waste,” but not evil.

Some things not only make it difficult to use holy sparks for holy purposes, they literally block it. THAT’S evil. There is very little “war” between a person and a fruit, though it may take some effort to get to it. But there are places in Creation where accessing and utilizing holy sparks requires all-out battle.

Money is a good example. Some have called money “the root of all evil,” because of all the greed and selfishness money can “inspire.” It is not, of course, the root of all evil. Money is not evil at all. Only the choices we make regarding things determines good or evil. If a person’s choice somehow furthers the Divine cause of Creation, then good has been done. If it interferes with it, then it is evil.

In this week’s two parshios, Moshe goes over the materials used to build the Mishkan, and what was produced. Each item came from raw materials, which were purchased with gold and silver the Jewish people had accumulated since leaving Egypt. Because some of it had been used to build the golden calf, an act of evil, they freely gave from the rest of their wealth to build the Mishkan instead, which was holy and, therefore, VERY good.

The calf harnessed the holy sparks within the materials for idol worship and promiscuous behavior. That went totally against the purpose of Creation, greatly blemishing the sparks that were utilized. It wasn’t just that God had been disobeyed. It was that people had come along and abused God’s Creation for what they  imagined was personal gain.

The Mishkan on the other hand, harnessed sparks for the sake of serving God. That greatly elevated the holy sparks and brought completion to Creation. God of course was very pleased with that, and the Jewish people were praised for it. Not only had they used the sparks within the materials in the service of God, but they used the sparks within themselves to do the same thing.

This is life, separating the good from the bad. It can happen consciously, for which we are rewarded, or unconsciously for which we will receive little or no reward. But happen it will, and happen it does, non-stop, everywhere in the world at all times.

The most important and meaningful part of the birrur process is, that humans contribute every time they make a decision. It can be a dramatic decision or a very mundane one. But any  decision will, by necessity, be one of good or evil. It has been so even since man’s first choice to disobey God and eat from the Tree of Knowledge of Good and Evil. It’s the only reason why God made Creation and gave man free will.

Unfortunately, most people do not know this, and even fewer care about it. Most decisions are made to make life more comfortable. In fact, when some people choose a moral thing, it is because they know in advance how uncomfortable they will feel later if they do the “wrong” thing. It’s one level, but not the ultimate one.

Furthermore, most people only make choices when they really have to, especially if they are difficult ones. But choosing not to choose is a choice as well between good and evil, and one for which we will also be evaluated, perhaps even more harshly. There is one thing God hates more than a bad choice, and that is the choice to not choose at all. (At least that is what Eliyahu told the Jewish people at Mt. Carmel.)

This is why God sends crises, small and especially large. These force the issue. They compel us to make relevant choices. They reveal what we care about and how much. They show us and others what our priorities are, both good and bad, and how committed we are to them.

The current virus COVOID-19 is no different. Whatever is actually going on, whatever is true and whatever is hype, all of it is to make us make choices…to speed up the process of birrur and to prepare for the upcoming redemption. Redemption is not a door you just walk through. It is one you have be READY to walk through.

Therefore, God increased the slavery of the Jews before the exodus. The time for redemption had come, they had not been ready, and the increased slavery made up for the difference. Therefore, God sent Haman in Mordechai’s and Esther’s time. The time for redemption had come, the Jewish people had not been ready, so God sent Haman to speed things up.

The end is near. Exactly which one, nobody is really quite sure. Personally, based upon what I have seen and worked out, I think the final one. Yes, I know, that sounds too good (or bad) to be true. But that’s what I believe, especially since today’s “Haman” is a global one. It is affecting so many Jews and their ability to get to Eretz Yisroel.

If ever our choices have mattered, it has been over the last few decades. But if this is truly the end, and it should be a glorious one and one we can enjoy, then the choices we make today count the most. Four-fifths of the Jewish people died in the plague of darkness, because they made a very wrong last-minute decision. The Talmud expects a similar scenario at the end of days as well.

Look past the headlines. Look at the Torah’s version of history. Make the right choices. It is those that will separate you out to the side of good, or, God forbid, to the side of bad.