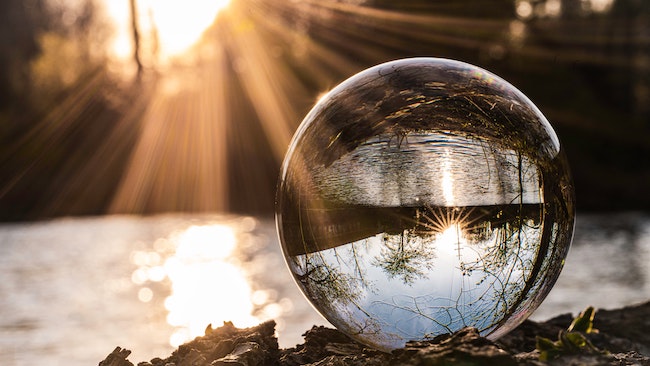 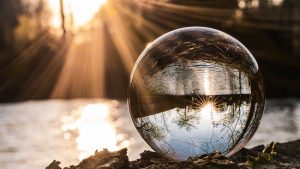 The main problem is that people assume, and understandably so, that what they see is the only way to see it. Even though countless times throughout life we learn otherwise, sometimes laughing, sometimes crying over something we mis-saw, we don’t assume otherwise until we have reason to. Tragedy is when the reason shows up too late to right the wrong of a misperception.

Hmm. And how many times have people been fooled into thinking it was a mountain when it was something else altogether that only became clear from a closer distance? How many times has it looked like it was raining, and it actually wasn’t? How many times has the “real” ended up being imaginary, and vice-versa? Enough times to make a person more cautious about what they think they are perceiving.

What makes perception so tricky is personal bias. We’ve always known that bias can influence the way we feel about something. It is only more recently that we found out that bias actually influences what we see, and how we see it. Even the universe takes our biases into account when choosing its form.

Some games have the right idea. There are games that people play during which they have to navigate their surroundings looking for clues to achieve some objective. Knowing that everything has been set up to disguise the hints through the appearance of normality, contestants approach everything without a certain amount of suspicion. They constantly assess if what they see is what it actually appears to be, or is really some hidden piece of the puzzle.

If only people approached life the same way. If only people had more of a Sherlock Holmes approach to life, not taking anything for granted. There wouldn’t be so much delusion in life, and more people would find truth faster.

As a “ba’al teshuvah,” I can appreciate this. For the first 10 years after I could think for myself, I thought Judaism was just another religion, and cheder did little to convince me otherwise. I thought it and all religions were antiquated, even the “opium of the masses.” I even believed that religion was the source of most global conflicts.

A series of unexpected events ended up changing my point of view. When I finally had the opportunity to learn Torah as it had been learned over the ages, I discovered that my perceptions about Judaism had been half-baked, if that. As I learned more, I was able to see which of my assumptions had been true, and which had been false. Building on the former and dispensing with the latter altered my perception, and eventually, my lifestyle.

IT DID NOT end there. Even after years of learning, and having learned the entire Talmud, Babylonian and Jerusalem, it turned out that my perception about life still needed honing. I could have stagnated on that level and fit in within most around me. Once again, an unexpected series of events pushed me further down the “rabbit hole.”

“Torah” is a very general word that encompasses four areas of learning, Pshat, Remez, Drush, and Sod. Though just about every aspect of Torah can be learned on all four levels, the four levels themselves can be said to correspond to four distinct areas of Torah learning: Chumash, Mishnah, Talmud, and Kabbalah. The view of Torah is different on each level. So different in fact, that it can even seem as if levels contradict one another.

They don’t. But when the seem to, you realize that your previous understanding of something was wrong on some level, and needs revision. Or, you can do what some people prefer to do: pretend that such other levels do not exist. Many people choose the status quo over truth.

But I was fortunate enough along my way to be in the company of others who loved to learn. I was shown areas of the Talmud that many do not see today. I was exposed to many midrashim I otherwise would never have found. I even had a friend who introduced me to the writings of the “Leshem,” my gateway to Kabbalah. Each layer of learning nudged me out of my comfortable and reconizable status quo.

Sometimes the change in thinking was just an adjustment, a tweak. But on some rare occasions the ideas were so novel that I had to overhaul some of the more conventional ways of thinking that had become my norm. Paradigm shifts are rarely anticipated or welcomed, and even great minds like Albert Einstein had difficult with some until his dying day.

It gets easier once you change your orientation. Like just about everyone else, I had assumed we knew enough to be certain about life, and that new ideas only refined our knowledge. I have come to learn over time and from experience, that just the opposite is true: we know and understand so little about reality, and it is amazing what we are actually able to grasp.

It’s eye-opening to be sure. I mean it literally opens your eyes to the world and you become sensitive to how everything can teach you things you didn’t know before. You learn to take less for granted, and with such a heightened awareness, important insights about God, Torah, and life in general just start popping up all over the place. It just makes life so much more captivating and exciting.

THE RAMBAN ASKS why it is that the mitzvah to be holy comes so late in the sefer, at the beginning of Parashas Kedoshim. Since it is the underlying premise of all the mitzvos in the book, it should have preceded them all. Or it could have come at the end of Vayikra, as a summary of what the mitzvos were given to help us achieve.

He has his answer, as does Rashi. But based upon what has just been said, there is another.

Holiness is a perspective. It is a way of looking at the world. If a Sefer Torah is about to fall to the ground, people will literally dive to catch it. But Titus took one and defiled it in the Holy of Holies as an act of power and defiance (Gittin 56b). Other Romans wrapped scholars in them and burned them together.

Most secular Jews know enough to treat a Sefer Torah with some level of respect. But it takes some Torah learning for them to reach a point where there are in awe of a Sefer Torah. And as they get that learning and develop awe, they do teshuvah, and become a ba’al teshuvah. They learn about kedushah—holiness, and that allows them to look at the world in a holy way. Mitzvos that once didn’t talk to them begin to, from a perspective of kedushah.

In a sense, it is as if the Torah says in this week’s parsha, that the importance of the mitzvos, until the mitzvah to be holy, can be understood even before a person grapples with the concept of holiness. But the mitzvos after “kedoshim tehiyu—be holy,” require the person to attain a holy perspective to properly relate to them.

It’s like wearing glasses. If you need glasses to see clearly, then reading without them means having blurry vision. As I waited for my glasses to be fitted with new lenses, I struggled to read, and therefore connect, to my learning. Interestingly enough, my impaired physical vision affected my spiritual vision as well.

The moment I put on my glasses with the news lenses, everything became clearer than clear. Not only could I see the words precisely, but I even felt drawn into them, and it so enhanced my learning. And if this is true about one’s physical eyes, how much more so must it be about one’s mind’s eye.

Without holiness, a person can read the mitzvos that follow, and understand them word-for-word. They can figure out what they mean, and how to fulfill them on some level. But they will not fully see them as they are meant to be seen, or as the reflection of their Creator they were designed to be. Even a seemingly simple mitzvah like “love your neighbor as yourself” will not make sense to the extent that it should, which is how so many people can know it, and yet not fulfill it.

REBI AKIVA WAS famous for many things, one of which was his statement that, “Love your neighbor as yourself is a great principle of Torah.” This is why it begs the question how 24,000 of his students specifically, for whom we mourn at this time, could die during the Omer period for having not respected one another sufficiently. What about their great rebi’s teaching?

It is because there are two aspects to being a completed Jew. There is the learning of Torah to the greatest extent you personally can, and there is being as holy as you can in the process so you can relate to God. One makes you a talmid chacham while the other makes you a holy one.

It’s a tragic error in thinking. First of all, they deny themselves aspects of Torah, and therefore important aspects of their relationship with God. Not only does this limit their reward in the World-to-Come, it limits their ability to have the pleasure of feeling the Shechinah in their lives.

This is because a talmid chacham without sufficient holiness cannot relate to Torah to the full extent they would want to. On the other hand, a holy “simpleton” does not have the background to appreciate how to properly fulfill Torah’s directives. Each side loses out.

Lag B’omer is this coming week, b”H, and it marks the end of the mourning period for Rebi Akiva’s students. According to history, they stopped dying on that day. It is also the day on which Rebi Shimon bar Yochai revealed the Zohar to his students. For both reasons, it is considered to be a holy day worthy of celebration.

But it is what precedes the day and what follows it that teaches us what it is all about. There are 32 days of sefirah counting prior to Lag B’omer, the gematria of “leiv—heart.” There are 17 days of sefirah counting after Lag B’omer, the gematria of “tov—good.” It is kedushah that straightens a person’s heart and prepares them to learn Torah, the basis of “tov.” Thus, when God says “Be holy!” He doesn’t end off with that. Instead He adds, “because I am holy.”

In other words, if you want to be close to God, whom the Zohar says is one with Torah, you have to first live a life of holiness. You can read Torah without being holy, but you can’t really learn it, not the way it was meant to be learned. Anyone can read the words of Torah, but only the holy talmid chacham can learn it as God meant it to be learned.