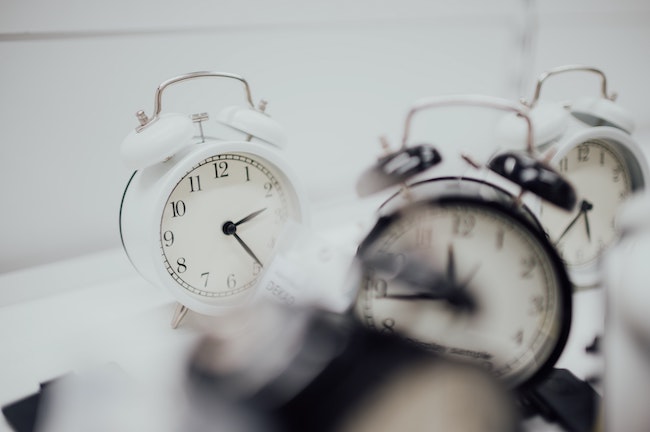 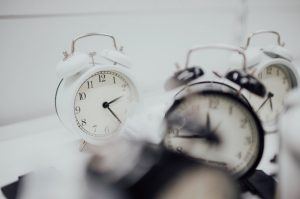 ABOUT FORTY YEARS ago I had what was to be my first of four hernia operations. In those days it was still treated like a normal operation, in a hospital, general anesthetic, three days recovery, etc. And before I went in, someone told me that I would wake up in a recovery room, and that they would not move me back to the quiet comfort of my own room until they saw I was up.

I’m not sure why that message stuck with me, because as cold and impersonal as the recovery room is, does it really matter if you’re still floating around la-la land? But at some point, I became aware of where I was, and that message played back in my head, and I found myself trying to wake up.

Nevertheless, that voice had me throwing my head from side-to-side fighting my way back to consciousness. I didn’t say anything, just moaned each time I threw my head from one side to the other. But it was enough, because the nurse noticed me and soon enough I was being wheeled back to my room, quite the ride in itself.

Once they shifted me from the gurney to the bed in my room, I finally relaxed and stopped fighting. The rest of the day I just kept going in and out of sleep. It wasn’t until later that afternoon that I finally felt free of the tractor beam that had kept pulling me to other levels of consciousness. And I have never forgotten the feeling or the experience, nor have I ever had to fight to wake up like that again.

Well, at least in that sense of the idea. In some areas of my life, I am still sleeping. What’s worse is that, unlike after my operation, I don’t really know that I am asleep, so I don’t fight to wake up. I live in a dream like it is reality, and waste countless waking moments that I will later wish I had used more productively.

But what happens when you think you have woken up, but you are still sleeping? Not physically sleeping, but spiritually sleeping. You are disconnected from God and truth, and make up your own, making your “dreams” nightmares for others. Well, that’s when you get to the curses in this week’s parsha.

WHEN HAMAN AND Achashveros plotted their holocaust against the Jewish people, the latter worried aloud:

“I am afraid that their God will do to me what He did to my predecessors.” (Megillah 13b)

The evil people of yesteryear were classier. The average antisemite today either doesn’t believe in God, or believes in a false one. In the good old days of antisemitism, they not only believed in the God of the Jewish people, they feared Him, and this made Achashveros hesitate, and Haman reassure him:

“The Jews are sleeping. Since they no longer perform mitzvos as they once did, they do not merit Heavenly intercession.” (Megillah 13b)

Haman, like his original ancestors Amalek, believed in God. They also knew how He worked, like Bilaam for example, who knew how to curse people when God was angry. Amalek knew how to take advantage of spiritual stragglers and do his worst.

According to the Kli Yakar on last weeks parsha, that’s why Amalek cut off the bris milah of those he was able to attack. They were the ones whose spiritual laziness caused them to be spit out by the protective Cloud of Glory, leaving them open to attack from Amalek. They broke the very covenant that bris milah represents, making theirs meaningless.

Now, Haman didn’t mean that it was the middle of the night while Jews slept, because they weren’t obligated in mitzvos then. He was obviously talking in general about daily life, having observed the lack of sincerity in the way Jews performed mitzvos in his time. Somehow, he knew how important such sincerity was to God, because he was willing to bet the bank that it would work in his favor.

Was he wrong? Not about that, but about the following:

Rav says: All the “ends” have passed, and the matter depends only upon teshuvah and good deeds. Shmuel says: It is sufficient for the mourner to endure in his mourning. This is like another disagreement. Rebi Eliezer says: If the Jewish people repent they will be redeemed, and if not, they will not be redeemed. Rebi Yehoshua said to him: If they do not repent, will they not be redeemed? Rather, The Holy One, Blessed is He, will establish a king for them whose decrees are as harsh as Haman, and the Jewish people will repent, and be restored to right. (Sanhedrin 97b)

It has been said that a Jew once told a Roman general, “If you want to unite and strengthen us, then go to war against us. But if you want to destroy us, then just go home. We’ll take care of that on our own.” I don’t know if a Jew ever really said this to a Roman general, but the idea is definitely true. As it has also been said, there is nothing better for a Jew than antisemitism. Left alone, we spiritually disintegrate. Attacked, we tend to return to our spiritual roots. We WAKE UP.

Reading all of this into this week’s parsha, God is telling us, “If you remain spiritually awake, I will bless you in this world as well as in the World-to-Come. But if you are spiritually asleep, then I will waken you.” So often in the past, this has been with a nightmare.

THIS IS WHY it is more than ironic that the rising culture in the United States, where most Diaspora Jews still live, is called “Woke Culture.” Those who apply this term to themselves obviously mean that they have woken up to the world in which they have lived until now, and what they can do about it.

But what they call waking up, others would call going to sleep. They have these notions about what they can promote to make the world a “better” place, well, for them at least. High on their list of changes is the abolishment all religion. Once upon a time that was called religious persecution. They think it is being progressive.

Here’s the question, vis-a-vis this week’s parsha. Are they just another movement to rise up and eventually fall with little impact on the Jewish community? Or, will they be the instrument to wake up the Jewish people from their slumber? As it says in Shemos, and it is echoed in the Talmud, it takes but a single leader, just one, to rise up and turn the situation on its head by making decrees like Haman.

And now with a culture to spawn such a leader, and with a government that is sympathetic to its demands, the stage is being set for something. Don’t forget, the Jews in Egypt had a Moshe Rabbeinu to awaken them in his time, and the Jews had a Mordechai and Esther at Purim time. Do we have anyone yet capable of waking us up in our time to avoid destruction?

The prophecies do not speak promisingly about how it will all end. The Talmud isn’t optimistic either. Remember Yonah on the boat, the one that was thrashing around in a raging sea trying to stay afloat? All hands were on deck doing what they could to survive, except for one, the lone Jew on board who was sleeping soundly in the hold of the ship. He had to be awakened before he told them what to do to save themselves.

Incredible. It’s one thing to sleep soundly in your house during a bad storm. It is another thing altogether to do it on a boat that is lunging up and down.

Who can do that?

Maybe that is one of the reasons why we read Sefer Yonah on Yom Kippur. Hopefully Yom Kippur will wake us up. After that, it is up to us to remain “awake” the rest of the year.

DOOM AND GLOOM. That’s this week’s parsha. It was also going to be this final segment of Perceptions, which I wrote and later erased. The Torah finishes off on a positive note, sort of, so why shouldn’t we, sort of?

Yet until this day, God has not given you a heart to know, eyes to see and ears to hear. (Devarim 29:3)

Yet…God did not give you a heart to know: to recognize the kind acts of The Holy One, Blessed is He, and to cleave to Him. (Rashi)

Question. Shouldn’t it be, “eyes to see, ears to hear, and then a heart to know”? Isn’t a knowing heart dependent upon the seeing eyes and hearing ears to conclude things about life?

Yes, if seeing is believing for you. If you have one of those hearts that so many people have that cannot make up its mind about God and His providence until they see it clearly with their eyes, and hear it perfectly with their ears, then the verse is out of order. But since God wrote it that way, you have to assume it is correct and you are out of order.

How so? The Western world believes that seeing is believing, so if they can’t see something, they don’t believe it. The Torah comes from the opposite direction. It says that the eyes and ears are just information gatherers. It is a person’s predisposition to things that determines how the gathered information is interpreted, impacting how they see and hear the world.

This morning I heard about police officers in California who were caught painting swastikas on Jew’s cars and guilty of other antisemitic slurs. Turns out there are actually hundreds of cases, and that is just in California! What about the rest of the States?

Shocking. But is it really? Why do we think that the very police force that we rely upon to protect us is free of racism, and specifically antisemitism? What is the basis of that assumption? They’re human like the people they are paid to police, and sometimes even more “human.” How many Jews will write this off as a random event and stay with their baseless assumption?

It’s false loyalty. The only One we can love unconditionally is God. The only One we can trust unconditionally is God. If we appreciate this, and all the good He has done for us, and wants to do for us, then we will cleave to Him. When our heart goes to Him, and nowhere else, then we will see and hear the truth as it is, and know what to do to remain safe. That’s the choice we make. As someone cleverly told me this morning, “As long as you do what’s right, God will do what’s left.”