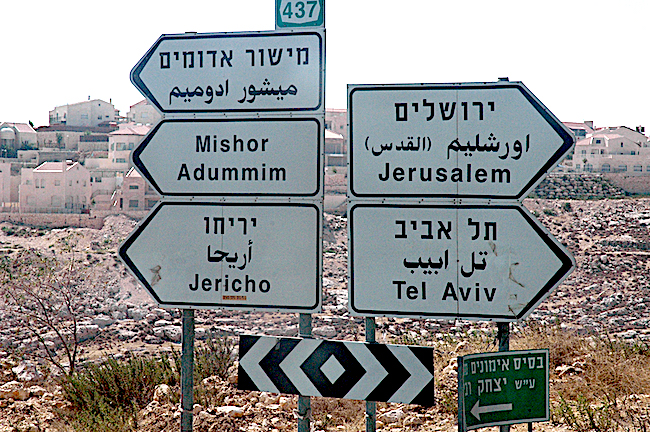 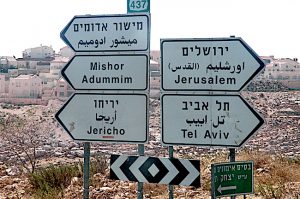 God said to Avram, “Go forth from your land and from your birthplace and from your father’s house, to the land that I will show you. (Bereishis 12:1)

SOMETIMES WHERE YOU say something is important to what you say. “Let’s go somewhere else and discuss this,” a person might say if their surroundings do not seem appropriate for what they need to discuss. It can be the secretive nature of a message, or it can just be that the location lacks the proper ambiance for what needs to be said, like when proposing to a potential future spouse. As they say, “Location, location, location…”

God clearly had something He wanted to tell Avraham, but not in Charan. Aside from the fact that prophecy usually only occurs in Eretz Yisroel and not in the Diaspora, there was also the message itself. Therefore, in order that the message could have its full impact, God first told Avraham to pick himself up and get to Eretz Canaan.

The promises God that made to Avraham about Eretz Yisroel in this week’s parsha may seem only like words to us, but they are far more than that. They are part of something called “Bris Avos—Covenant of the Fathers,” and Kabbalah explains that it is based in a level of light at the very beginning of everything. And when I say “everything,” I don’t just mean physical creation. I mean everything before it as well, which is extremely primordial.

That’s a VERY high level of Divine light, far higher than anything we can ever imagine. It is so sublime that even Kabbalah doesn’t know what it is like, except that it is the same light of God from which everything is made. But how do you talk about a light that is only known for what it isn’t, not what it is?

For this very reason, when God chose someone with whom to share some of that light, it had to at least be to the holiest person alive, and in the holiest place in the world. So after finding him, God sent that holy person to such a holy place, and that was Eretz Yisroel, and it remains Eretz Yisroel to this very day.

This is why, as it says, there is no Torah like the Torah of Eretz Yisroel. Torah itself is prophecy, every last word of it. It may just seem like words on a page that even a printing press can duplicate on A4 paper. But for those words to access the realms they were designed to reach, all of the circumstances must be spiritually correct, both the “transmitter” and the “receivers.” The more sublime the level of Torah, the more this is the case.

How many people have fooled themselves into believing they have understood Torah simply because they read the words in a way that made sense to them? As the Talmud points out on the fourth verse of the Creation story, the light of Torah, which is the Ohr HaGanuz—Hidden Light, was hidden for righteous people. The Leshem clarifies that this means that only a person with the appropriate character traits can access this light and make use of it.

The amazing thing is how people can be convinced that they “got it.” They can think that they have beaten the “system.” They know that they’re not righteous as the Torah expects, but they are still convinced that somehow they have been able to make use of light reserved for the righteous! But though their error in thinking may not be clear to them now, it will be clear later on when the yetzer hara is gone and the truth becomes known to all.

Like it or not, this means that even people who try to keep the mitzvos as intended while they still live in the Diaspora will be denied an aspect of what they intend to understand. If the Talmud can call righteous people idol worshippers who live in purity only because they live in the Diaspora, how much more so can it be assumed that “Pshat” OUTSIDE the Holy Land is on a lesser level—intellectually, psychologically, emotionally—than Pshat INSIDE the Holy Land.

We also see from this week’s parsha how location is not the only factor in determining eligibility to hear God speak, either directly, through prophets, or through the words of Torah. As Rashi explains, the entire time Lot was part of Avraham’s entourage, Avraham was denied prophecy. But the moment they separated ways after returning from Egypt, Avraham’s prophecy returned. Who we hang around with has great impact on our spiritual success, even if we remain unaffected by them, which is not usually the case.

Not only this, but even a person’s mazel can be directly impacted by the mazel of another, especially if they unite in marriage. This can work to a person’s advantage or disadvantage. Sometimes, until a person gets married, they have only minimum success in life. After marriage though, they all of a sudden thrive, and though people think that it is merely a personality thing, in truth it has more to do with mazel.

The opposite of course is true as well. Until marriage, a person may have had more success that seems to fall off once married. As people look for the shortcomings in the marriage that may have “jinxed” the person, it may have more to do with the other person’s mazel, more than anything else. In fact, the other spouse may be nice as pie and mean very well. They just happen to have bad mazel at the time, for some reason or another.

Though Judaism does believe in astrology, we don’t tend to allow ourselves to be guided by it. We certainly don’t use it to make decisions, especially life-altering ones. But that does not mean that mazel, which is really someone’s destiny, does not play a major role in the direction and success of a person.

But can’t a Jew rise above their mazel, as God told Avraham to do? First of all, the Leshem explains, not completely. A person can certainly mitigate their mazel—for good or for bad—but never really change it completely. But in many circumstances, that may be enough to truly alter the course of a person’s life.

Secondly, mitigating one’s mazel is not a simple thing to do. It usually requires an extraordinary act, a great one or a terrible one, to do it. That does not make it impossible. It just says that if you’re trying to improve your mazel you shouldn’t expect anything major unless you do something major. It also says that if you want to not damage your mazel, you should certainly make a point of keeping to the straight-and-narrow to the best of your ability. If that isn’t enough to encourage you to make aliyah, it should at least make you want to.

“You CAN’T?!” my Rosh Yeshiva, Rabbi Noach Weinberg, zt”l, used to bark at us when he used that phrase. “You mean you WON’T! I can’t is idol worship,” he told us.

The Rosh Yeshiva meant that saying we can’t do something implies that the things we think that the things we CAN do are because of us, when in fact they are because of God. Just getting out of bed in the morning is an act of God, more so for some than others, so how do you know if you can do something or not before you try? Then you find out if God will let you or not.

Two concepts come into play here. One says that a person who is prevented for reasons beyond their control from doing a mitzvah or avoiding a sin is not culpable. Another not only says this, but goes one step further by saying that it is as if the person has in fact done the mitzvah! What’s the difference?

In the first case, it doesn’t mean that the person wanted to do the mitzvah or avoid the sin. They would have because they know it’s against the halachah, but somehow they got railroaded into missing the mitzvah or doing the sin. Since it was not their intention to do either, they are free of guilt.

In the second case, the person wanted to do the mitzvah, and had really wanted to avoid the sin. Unfortunately, circumstances arose that got in their way, and they were denied their mitzvah. Their sincere desire and responsible behavior earns the mitzvah anyhow in God’s book, literally as if they did it.

I know people downplay the importance of living in Eretz Yisroel, although less so today than in past years. They have all kinds of reasons why they can’t, and even if some of them are truly valid, very often what they are really saying is that they won’t. They simple don’t want to regardless of whether there is a true halachah basis for their decision or not.

It’s too bad. If they only wanted to, but didn’t because they could not for reasons beyond their control, or simply because they were afraid, they’d end up with the mitzvah anyhow. But if they don’t want to, even though they also have a good halachic reason not to, then they might not be held responsible for avoiding aliyah, but they won’t get the mitzvah either.

“So what?” a person might think. “It’s only one mitzvah.”

Well, you only have ONE spouse, and look what comes with it: a whole life! It is amazing the difference the addition of one person can make to a person’s life and destiny. Likewise, it is amazing what moving to Eretz Yisroel can mean to one’s quality of life and future. It is one mitzvah that brings within its wake countless others. That’s one of the reasons why just living there makes one destined for the World-to-Come. The amazing thing is how such an incredible promise has been be downplayed by so many.