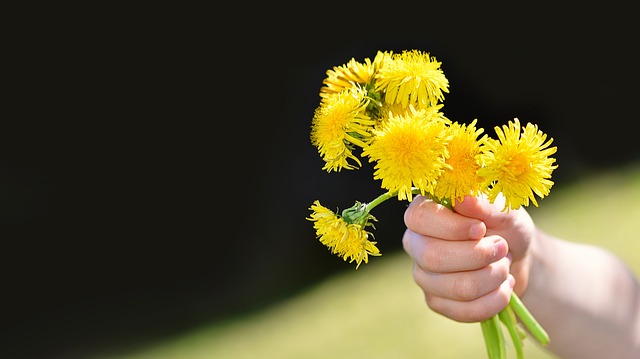 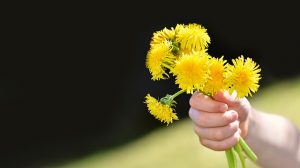 “So shall you say to my master to Eisav, ‘Thus said your servant Ya’akov, “I have sojourned with Lavan, and I have tarried until now. And I have acquired oxen and donkeys, flocks, manservants, and maidservants, and I have sent to tell [this] to my master, to find favor in your eyes.”’” (Bereishis 32:5-6)

THERE ARE MANY beautiful songs in the world, and some really beautiful ones in the Jewish world specifically. But, in my opinion, one of the most heart-warming songs I have ever heard, and sung, is also a short Shabbos zemirah that was composed by Rebbe Elimelech of Lizhensk (1717-1787), the author of the famous work, “Noam Elimelech.”

The music itself is beautiful, but the words are straight from the soul to the soul:

God, rather, instill in our hearts the ability to see the positive attributes of our friends and not their faults. Let every person address his neighbor in a manner that is proper and desired by You. Let us not, God forbid, bear any hatred toward another individual. Strengthen us in our love towards You, as is apparent and known to You. God, let everything be pleasing before You. Amen, let it be Your will.

I don’t know how many billions of songs have been composed since man first left the Garden of Eden, but I have never seen or heard one that has ever addressed the issue of “shalom bayis” from this perspective. Too many people are too insecure to look at others in the way described above, either raising them up too much in their own eyes or bringing them down. The Rebbe of Lizhensk clearly saw the problem and wanted help from God to fix it.

The rabbis have said that “sinnus chinum—baseless hatred” destroyed the Second Temple, and it will require “ahavas chinum—unqualified love” to rebuild it. The Talmud adds to this that a generation in which the Temple has not been rebuilt is considered to be one in which it was destroyed, i.e., guilty of continuing on the deadly legacy of baseless hatred.

This needs to be fixed. It seems that if we don’t work on the problem, then Divine Providence does. The Holocaust did not distinguish between religious and secular Jews, between one group of Orthodox Jews and another. On the contrary, all the external differences that made one sect seem and feel different from others, were forcibly removed until we all wore the same striped prison uniforms, and carried the same tattoos on our arms.

A big part of the problem is that Torah promotes spiritual excellence. It praises adherence to its ways and chastises those who leave them, or just do not take them seriously enough. There is even a Torah mitzvah to care about the mistakes that others make, and to point them out so the “sinner” can make amends and clean up his or her act. “To each his own” is not really a Torah way of looking at the rest of the community.

This is why Yosef’s brothers sold him. They were great people whose only concern was the direction of the future Jewish people. They saw how Yosef behaved and projected his approach onto the future nation. They did not like what they saw, and predicted it would eventually lead to golden calves, which it did far in the future in the days of Yeravam, a descendant of Yosef.

Apparently, though their solution to the perceived problem was wrong, they misread Yosef and what God thought about him. It cost them a lot of anguish in the end, having to live with an inconsolable father, and a mistaken vantage point for 22 years. In the end, shalom bayis was achieved, although not on their terms, but on Yosef’s.

When you mix insecurity into the picture, it gets even worse. At least the brothers were l’shem Shemayim—altruistic (though the Torah does speak about feelings of jealousy and even hatred). How many people can honestly say that their criticism of others, or even their disgust, is coming from a good place? Yes, they may find some Torah reason for what they think and say, but the question is, is it truly God and Torah they are defending, or are they merely hiding behind them to rationalize their anti-shalom bayis behavior?

The Talmud says that the yetzer hara gets up each day to kill a person, and that without God’s help, the person could not prevail. (Kiddushin 30b). But before a person raises their hand and calls out, “I seem to be surviving just fine, and I don’t get help from God,” they should know two things. Firstly, as my Rosh Yeshivah used to say, death has many forms. He called wasting time partial suicide, and who doesn’t do that?

Kabbalah explains that just dropping down spiritual levels is also called “death.” For example, when the Torah says that Moshe died, it means that he handed over the reins of leadership to Yehoshua, and no longer spoke to God as he once had. According to some, he doesn’t actually die until he personally finishes writing the last word of Torah.

Likewise, Rachel told Ya’akov that if she continued to go childless, she would be like a dead person. The Talmud cites that reason, among others, for a living person to be considered dead on some level. So, before a person thinks they have held off their yetzer hara from “killing” them, they should reconsider how many times they act like a dead person, thanks to their yetzer hara.

The second thing to know is that any success we may have against the “murderous” tendencies of the yetzer hara may be the result of Divine help that we failed to ask for, but received anyhow. The mistake, many have found, is to ascribe spiritual greatness to their own efforts. It takes but one time for God to hold back His help for a person to find out how easily and quickly they can fall prey to their yetzer hara’s machinations. A lot of great people have done so, and never realized it until right before death itself.

So, ask for God’s help. That’s what Rebbe Elimelech of Lizhensk did in his song. He recognized how strong the yetzer hara is, especially when it comes to disparaging other people. He did not rely upon his own spiritual greatness to win that battle. He turned to God for help, and the record shows, he got it. His kindness to others is legendary.

One thing is for certain, jealousy is a major obstacle to peace with others. It was Eisav’s jealousy that drove Ya’akov away from home for 36 years in total. As the Pri Tzaddik points out in several places, jealousy is one of the three main klipos, negative spiritual traits. The other two are ta’avah, desire for material comforts, and ga’avah, or arrogance.

While Ya’akov was returning home he confronted Eisav, and sent him the following message in advance of their meeting:

“So shall you say to my master to Eisav, ‘Thus said your servant Ya’akov, “I have sojourned with Lavan, and I have tarried until now. And I have acquired oxen and donkeys, flocks, manservants, and maidservants, and I have sent to tell [this] to my master, to find favor in your eyes.”’” (Bereishis 32:5-6)

The rabbis have already pointed out that the words, “im Lavan garti—I have sojourned with Lavan,” allude to the fact that he kept all 613 mitzvos even while living with such an evil individual, in such a spiritually non-conducive environment. Ya’akov wanted to hint to Eisav that God was still on his side, since he had remained loyal to Him even in such a difficult place.

What about the words, “and I have acquired oxen and donkeys”? Was he telling Eisav anything with that, or at least us? Yes. He was indicating that he had also mastered those two tendencies of the yetzer hara, ta’avah and kinah—desire and jealousy. The only question is, what good does it do to tell someone else who hasn’t mastered them? Eisav could have answered, “Big deal! I still have jealousy and desires…so pardon me while I take revenge against you though you be spiritually perfect!”

But that’s exactly the point. As the Talmud teaches, God works for measure-for-measure (Sanhedrin 90a), meaning that you get back what you give out. Even scientists are showing that the energy we generate has a lot do with the energy we experience from the outside. Positive people get back positivity, and negative people, negativity. It’s the way the universe seems to work.

At least that is how some people like to explain it. We call it, or rather Him, God. As Dovid HaMelech wrote in Tehillim, God “shadows” a person; just as a shadow responds in kind to the movements of the person, God likewise responds to us according to the way we act. It’s part of the divine educational method, to help a person make better use of their time in this world.

Therefore, just as people like to say, “Be careful what you wish for, you just might get it!” you can also say, “Be careful how you respond to reality because it will probably become yours!” If you’re going to allow yourself to become jealous of others, then you’ll find others will become jealous of you, and that is not always the compliment people make it out to be.

It has to do with the concept of ayin hara—evil eye, but not the way most people think of it. It is not like some jinx people put onto others, deserved or not deserved. It has more to do with divine judgment. Because every time we make someone jealous of us, we are the ones who are judged to determine our own worthiness for gain or loss. You can’t cause someone else pain without catching God’s attention, and being judged because of it.

On the other hand, the jealousy of another cannot harm you if you are not the source of it, meaning you did nothing out of the normal to cause that jealousy. Some people are, tragically, just jealous people, like Eisav. But, if like Ya’akov, jealousy is not in your character, then God will make sure that the jealousy of others cannot harm you.