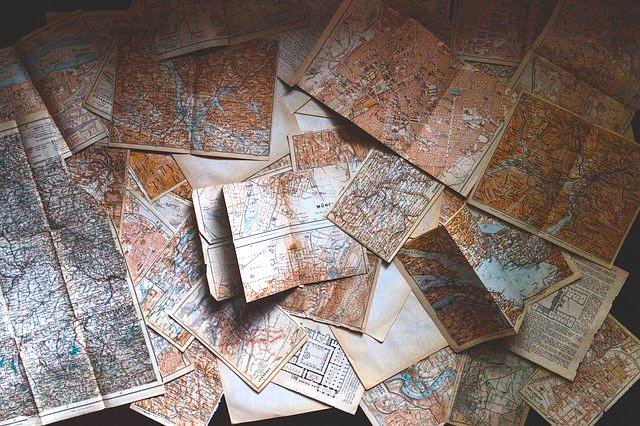 When the Maps of Countries Are Being Redrawn — Hold Your Breath! 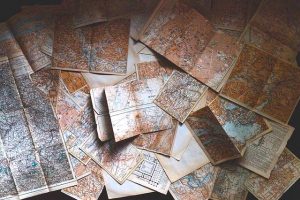 This dvar Torah was adapted from the hashkafa portion of Rabbi Yissocher Frand’s Commuter Chavrusah Tapes on the weekly portion: Tape # 296, Does Eating Mezonos Require a Succah? Good Shabbos and G’mar Chasima Tova!

The Torah states, “Remember the days of old, understand the years of generation and generation. Ask your father and he will relate it to you, your elders and they will tell you.” [Devorim 32:7]. Rashi does not explain this pasuk (verse) according to the simple reading. Rather, Rashi explains the pasuk as a warning: “Look at what happened to other people who came before you, when they angered Me.” “Understand the years of generation after generation” refers to the era of Enosh, upon whom HaShem (G-d) poured forth the waters of the Ocean, and to the era of the (people of the) Flood, whom HaShem washed away.

The traditional Jewish belief is that HaShem is not only the Creator of Heaven and Earth, but that He is the G-d of history. The historical events that we witness are the means by which HaShem is continuously directing His world. Simply stated, these pesukim are teaching us that when HaShem establishes the boundaries of the world, it is ultimately because of the Children of Israel. The different wars and conflicts that take place in the world and the different border changes that occur—according to the simple reading of our pesukim—all occur because of their ultimate impact on the Jewish nation.

There is a quote from the writings of Rav Elchanon Wasserman (who himself was killed by the Nazis at the beginning of World War II): The Torah gave us a great key to understand the hinge upon which all historical events revolve—Devorim 32:8 (the previously quoted pasuk). HaShem sets the borders of nations and causes nations to inherit for the sake of the Jews. History revolves around the Jews. “For Hashem’s share is His people; Yaakov is the portion of His possession” [32:9].

Rav Elchanon continued (regarding the Peace Treaty ending World War I), “when the map of Europe was drawn up in Versailles, the borders were already set in Heaven”. Sometimes it takes us years, decades, or centuries to put the pieces together. Sometimes, in the interval, the activities seem to have nothing to do with the Jewish people. But the great lesson of history that we are taught in the opening pesukim of this week’s parsha is that when HaShem sets up the borders of nations, it is for the sake of the Children of Israel.

I recently read (1993) that the people in MacMillan and Company—the mapmakers—are having a very hard time these days. We think that we have hard jobs! Imagine the job of mapmakers! It has been a very difficult couple of years for them. They had just finished their latest edition of the Atlas, in which they printed East Germany and West Germany. Bonn and Berlin were the respective capitals. All of a sudden, they had to reprint the map. OK, done. Now they think that they are set. Then, all of a sudden, Yugoslavia divides—Serbia, Croatia, we cannot even pronounce all these names! When we are talking maps or when we discuss borders—ultimately, we are talking Klal Yisroel.

One does not need to be a politically astute individual to realize the momentousness of the breakup of the Soviet Union. The mapmakers do not know from day to day whether they should draw 15 republics or 12 republics. We ask ourselves what difference does it make if Azerbaijan decides to become independent or not. What is the meaning of all these changes?

This is the lesson of history that we should never forget. These events—the placement of national boundaries—have an impact on Klal Yisroel.

At the beginning of World War I, the Ottoman Empire chose the wrong side and allied themselves with the Germans. At that time, a person would have had to be exceedingly insightful to have realized that this decision would have a major impact on Jewish history in the twentieth century. Our tendency would have been to think, “Who cares? What’s the difference?” But that single event—coupled with the fact that there was this little country called “Palestine” under the rule of the Ottoman Turks—had major ramifications.

When Germany (and the Ottoman Empire) eventually lost World War I, their empires were disassembled. Part of the price that the Ottoman Empire paid for “picking the wrong horse” was that they lost their empire. Their little protectorate called “Palestine” became the British Mandate of Palestine. Not long after that, there was a proclamation called the Balfour Declaration. Who would have thought that the Ottoman Turk’s poor decision would lead toward the Jews attaining an independent homeland in the Land of Israel?

When we see maps changing, we need to hold our breaths. This has to do with us. Somehow or another, we will be in the center of this. Sometimes it is for our benefit. Sometimes, G-d forbid, it may be to our detriment. But we are always on center stage, because “Yaakov chevel nachaloso” (Jacob is the portion of His possession). We are the protectorate of the Master of the Universe.

This write-up was adapted from the hashkafa portion of Rabbi Yissocher Frand’s Commuter Chavrusah Torah Tape series on the weekly Torah portion. For more information, go to: