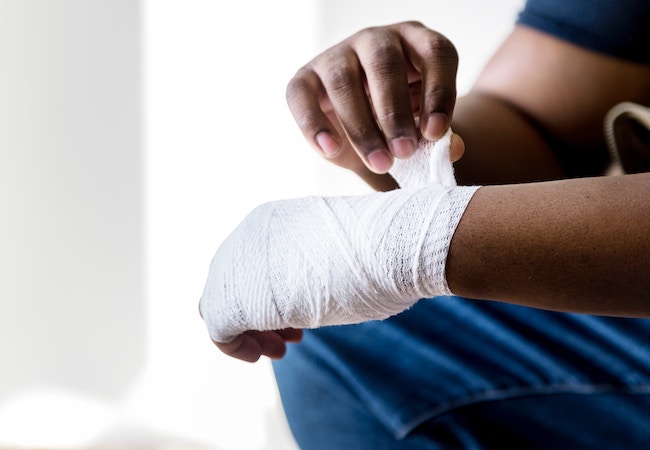 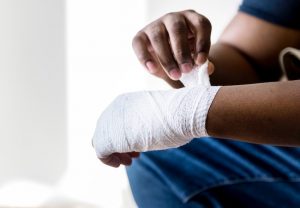 The Torah tells us that when Bnei Yisroel were leaving Egypt, Moshe involved himself in the retrieval of “atzmos Yosef” – “the bones of Yosef”. “Bones” would seem to be a pejorative manner in which to describe the body of a tzaddik. When the brothers stood before Yosef, unaware of the fact that he was their brother, Yehuda referred to Yaakov as Yosef’s servant.1 The Talmud teaches that since Yosef remained silent and allowed Yehuda to speak in such a manner regarding his father, Yosef is described as “bones”, even during his lifetime.2 In another statement on the same issue the Talmud relates that as a punishment for his silence, Yosef lost ten years of his life, corresponding to the ten times he heard his father being called “your slave”.3 The Torah Temima points out that both statements are made in the name of the same sage, Rav Yehuda in the name of Rav. Therefore, there appears to be a contradiction.4 Why would Yosef be punished twice for the same act? As to why Yosef was called “bones” the Torah Temima offers the following explanation: Since a corpse depicted as bones implies that decomposition has occurred, the Torah uses this term as a punishment to Yosef for his insensitivity to his father’s honor.5 However, the Torah Temima’s interpretation is difficult to understand, for in Parshas Vayechi, Yosef referred to himself as “bones”.6 Therefore, it is impossible that the term is being used as a punishment, especially since the reference that the Talmud makes to Yosef being called “bones” in his lifetime is the occasion when he used the term to refer to himself. Furthermore, how does Yosef’s being referred to as “bones” compensate for him slighting his father’s honor? According to the Talmud, a person’s bones, providing the physical structure of his body, are genetically transferred to him from his father.7 The Hebrew word for “bone” is “etzem”. The word “atzmiyus” which describes a person’s sense of self has the same root word. This connection indicates that a person acquires his sense of self, his psychological structure from his father as well. This sense of self comes to a person who can define himself by his parents. A person will approach life with confidence if he has a strong sense of his roots. It is imperative that we identify positive qualities within our parents to which we ourselves can aspire, for having a strong foundation allows for our growth to endure. Yosef’s error resulted not only in a dishon or to his father, but it also reflected a chink in the manner that he defined himself. Holding his father in lower esteem indicates a flaw in himself. Therefore, when Yosef realized that he had facilitated a slight against his father by his inaction, he began referring to himself as “bones”. Since his bones and, on a deeper level his very sense of self came from his father, he compensated for his inadvertent slight by defining himself completely by his father. Acting in this manner served to acknowledge that he had dishonored his father and to correct the way he defined himself. It emerges that being called “bones” was not a punishment, rather Yosef’s own manner of rectifying his insurrection. Consequently, there is no contradiction in the words of Rav Yehuda. One statement reflects Yosef’s own measures and the second statement identifies his punishment.

When Bnei Yisroel emerged from the Red Sea, they chanted “The Song of the Sea”. Contained within this song is the verse “zeh kayli ve’anvayhu” – “this is my G-d and I will exalt him”.1 From this verse the Talmud derives the requirement to endeavor to perform Hashem’s mitzvos with the most aesthetically pleasing objects, such as a beautiful esrog, tefillin, or succah. The root word of “ve’anvayhu” is “noi” – “beauty”; the verse should be interpreted as “This is my G-d and I will serve him in a beautiful manner.”2 The Rabeinu Bechaya explains that beautifying the objects of mitzvos is the manner in which we express our love for Hashem.3 This explanation appears to contradict the Mesilas Yesharim’s classification of “beautifying the mitzvos”. The Ramchal in the Mesilas Yesharim divides true Divine Service into two categories, love of Hashem and fear of Hashem. Under the penumbra of “love of Hashem” he includes joy – serving Hashem with happiness, communion – uniting with Hashem to the extent that we can no longer separate ourselves from Him, and “kinah” – “zealousness”, despising those who despise Hashem. Under the penumbra of “fear of Hashem” he includes humbling ourselves before Him, feeling shame when coming forth to perform Divine service, and honoring the mitzvos. In his explanation of how to honor the mitzvos, the Ramchal cites the Talmudic interpretation of the verse “zeh kayli ve’anvayhu”, the exhortation regarding beautifying the mitzvos.4 The Ramchal clearly sees beautifying the mitzvos as a function of “fear of Hashem”. Would logic not dictate that beautifying the mitzvos is a function of love, rather than fear of Hashem? Why is Bnei Yisroel’s first reaction to being saved their commitment to beautify the mitzvos? Would it not be more appropriate to first commit themselves to simply perform the mitzvos? The Talmud derives another interpretation for the word “anvayhu”. This word can be divided into the words “ani vehu” – “I and Him” which teaches us the concept that in order to become G-dlike we must imitate G-d’s ways.5 What is the connection between this concept and beautification of the mitzvos? At the beginning of any relationship there is a distance between the two parties. Each party respects the other and is therefore willing to relate to the other on his (the second party’s) terms. When the distance dissipates, the respect may dwindle, and each party begins to demand that the other adjust to their behavior. It is this clash of needs which breeds contempt. This problem can occur in our relationship with Hashem as well. The Talmud teaches that Bnei Yisroel’s relationship with Hashem at the Red Sea was so tangible that even babies were able to sense Hashem’s presence.6 Hashem’s presence transcended from an intellectual to a tangible perception; the distance had dissipated. It was at that point that the seeds of contempt could be sown. The solution to this problem was making a commitment to beautify the mitzvos. When we see something beautiful our instinct is to consider it unapproachable. Beauty elevates an object and creates a distance between us and it. The ultimate relationship with Hashem is one of love. By beautifying the mitzvos, we inculcate the respect in the relationship which preserves this love. The Mesilas Yesharim is explaining that since the purpose of beautifying the mitzvos is to instill respect, it is classified as an element of fear of Hashem. We instill into the mitzvos a dignity which creates awe in the eye of the beholder. The foundation of genuine love in any relationship is respect. Respect assures that there will not be contempt. Developing the G-dliness within ourselves by imitating Hashem’s ways enables us to elicit the respect which will preserve our relationships. Therefore, the same verse which teaches us how to preserve our relationship with Hashem is also the source of how to maintain our own personal relationships.