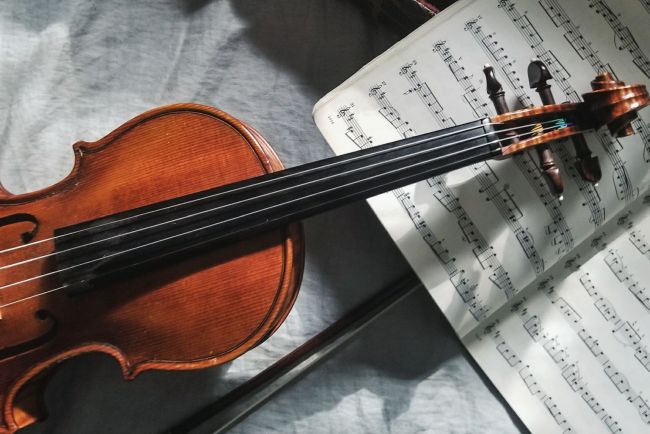 In Shirah, the Emotions Surpass the Words 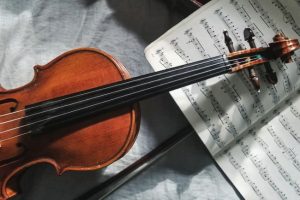 These divrei Torah were adapted from the hashkafa portion of Rabbi Yissocher Frand’s Commuter Chavrusah Tapes on the weekly portion: # 1018 – Bracha Achrona: How Soon Must You Say It? Good Shabbos!

The Shirah in Parshas B’Shalach begins with the words, “Then Moshe and the Children of Israel sang (Az Yashir Moshe u’Venei Yisrael) this song to Hashem, and they said as follows…” [Shemos 15:1].  The words “Az Yashir” are problematic because the word “Yashir” (will sing) is future tense, while the Torah is narrating for us an event that took place in the past.

This prompts the Gemara [Sanhedrin 91b] to cite this pasuk as one of the Biblical sources for the concept of the Resurrection of the Dead (Techiyas ha’Meisim). The Gemara says that, in fact, the words “Az Yashir” allude to a future event, after the time of Techiyas haMeisim, when Moshe and the Children of Israel will sing.  This, however, is a drasha.  It is not the simple interpretation of the pasuk.

Rashi, whose commentary is based primarily on peshuto shel mikra [the simple interpretation of the pasuk], interprets the words “Az Yashir” as follows:  “Az” [then] when they saw the miracle, the thought entered their hearts to sing a Shirah [song].

The Sifsei Chachomim clarifies Rashi’s remarks.  Really, this is a contradiction between two words:  Az means “then” (implying past tense); but Yashir means “will sing” (implying future tense).  So, are we talking past tense or future tense?  In order to resolve this problem, Rashi says “Az” – then (past) they were inspired, and they had this feeling in their hearts to sing (future) a song (right then).

The Maharal in Gur Aryeh adds a further comment to explain what Rashi means:  When a person is extremely elated, he gets the feeling that he wants to somehow express his joy.  Song that comes out of happiness does not emerge from the mouth or the brain.  It emerges from a joy that begins in the person’s heart.  It was the heart that first formulated the determination that he will sing.

This is what Rashi is trying to convey to us.  Az (then) they saw something miraculous.  They saw the Hand of G-d.  They were overwhelmed with emotion, joy, and simcha.  They had Shirah in their hearts.  That inspired them to sing.  In song, the words are merely a subsequent outward manifestation of that which has already occurred inside.

To give a simple example: When a person runs a fever, there are external manifestations.  The person’s temperature rises, he looks flushed, etc.  But that is only symptomatic of something that has already happened internally.  There must be some kind of internal infection that triggered the fever.

This is what Rashi means to say in explaining the terminology “Az Yashir“:  The internal emotion leads a person to articulate the joy outwardly, in the form of Shirah.

The sefer Bei Chiyah says that this is perhaps what the Gemara means [Eruchin 11a] by the statement “One only recites Shirah [song] over wine.”  On all Jewish occasions, whenever there is any type of Shirah (such as Birchas Eirusin; Birchas Milah; Kiddush on Shabbos; Kiddush on Yom Tov), we always say the Shirah over a cup of wine.  The Talmud further states that “When wine enters (a person’s mouth) secrets emerge.”  When a person drinks wine, he becomes a little intoxicated, he loses his inhibitions, and then those things that were stored within (i.e., the secrets) come out.  This is the nature of wine, and this is the nature of Shirah.  They are both manifestations of what is going on within a person’s inner emotions and inner self.

This explanation can help us understand another teaching of the Maharal.  The Maharal asks (as many people do), why is there no bracha [blessing] on sippur yetzias Mitzrayim (the mitzvah of retelling the story of the Exodus by the Pesach Seder)?  Why do we not begin the Hagadah by reciting a blessing:  Baruch Ata Hashem Elokeinu Melech haOlam asher kidshanu b’mitzvosav v’tzivanu al mitzvas sippur yetzias Mitzrayim?

The Maharal answers (in his Hagadah) that it is because the mitzvah of retelling the story of the Exodus is a mitzvah of the heart, and we only make brochos on mitzvos that involve some kind of activity (either action or speech), never on mitzvos that are primarily mitzvos of the heart.  In spite of the fact that we sit at the table for hours and talk about the Exodus, the primary fulfillment is that which a person feels in his heart.

Based on this idea, the sefer Bei Chiya makes a beautiful observation regarding the following question.  The Gemara says that the sections of the Torah involving Shirah need to be written “ariach al gabei leveinah” [the script of the line above is written over the empty space of the line below it, in a bricklaying pattern] [Megillah 16b].  Rashi says that there is actually more empty space than words in the Shirah – more blanks than writing.  This is because a Shira is composed of two things: (1) the human emotion where the joy is felt and (2) the actual articulation of those emotions.  Whenever a person feels overwhelmed with simcha and wants to express it, and even sing about it, the actual words only comprise a miniscule percentage of the emotions the person is feeling.  Therefore, shiras ha’yam needs to be written in a style where the script is broken up by blank spaces and, in fact, there are more blank spaces than there is script.  There is more emotion than a person can articulate.

Think about it.  Have you ever spoken at your child’s Bar Mitzvah?  Have you spoken at your child’s wedding?  People become tongue tied.  They cannot give proper expression to their feelings because they are so overwhelmed by their emotions, that they are hard to articulate.  That is why shirah is ariach al gabei leveinah.  There must be writing, but there must be even more blank space.

Shirah begins in the heart.  It is all about emotion.  The words are merely an articulation of a small fraction of the emotions, which cannot be fully articulated.

The sefer Bei Chiyah concludes with a final point.  Where does Az Yashir begin?  Most of us would say that it begins with the words, “I will sing to Hashem for He is exalted above all exaltedness…”  Superficially, the words, “Then will sing, Moshe and the Children of Israel, this song to Hashem, and they said as follows” are just an introduction that gives historical context.  They are merely a preamble to the song, with the song itself beginning with the next phrase, “Ashira l’Hashem...”  And yet, when we look at a Sefer Torah, we see that even the first words “Az Yashir…” are written in the ariach al gabei leveinah format.  Why does the script/blank space format already begin with the preamble?

The answer is that this is already part of the Shirah.  “Az” – they were already overcome with emotion.  And “Yashir” – they wanted to sing in the future because that is the way all songs begin. This is more than just a preamble or prologue. This opening line is what the Shirah is all about.  It began with overwhelming emotions; it began in their hearts. THEN, the result of that is the desire TO EXPRESS that emotion – Yashir in the future.

This week’s write-up is adapted from the hashkafa portion of Rabbi Yissochar Frand’s Commuter Chavrusah Series on the weekly Torah portion. A listing of the halachic portions for Parshas B’Shalach is provided below: