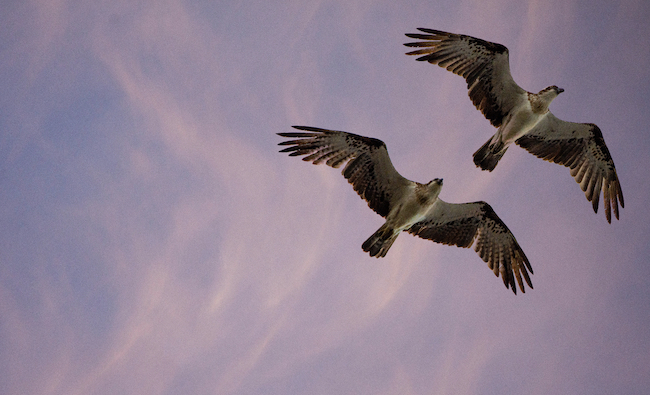 The Difference Between a ‘Double-Life’ and a Broad Life 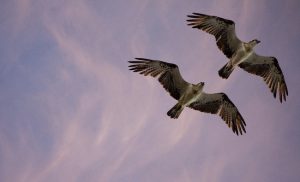 These divrei Torah were adapted from the hashkafa portion of Rabbi Yissocher Frand’s Commuter Chavrusah Series on the weekly portion: #1181 – Maaser Money On Chasunah Gifts – Must You? Good Shabbos!

PARSHA PERCEPTIONS IS BACK WITH BEREISHIS 11 – covering the Parsha Section of Rabbi Frand’s already available Shirim from Commuter’s Chavrusah series 30, 31 & 32.

The Difference Between a ‘Double-Life’ and a Broad Life

Near the beginning of our parsha, the pasuk says “…And Eisav was a man who knew how to hunt, a man of the field; and Yaakov was a pure and straight person who dwelt in tents.” [Bereshis 25:27] Eisav and Yaakov are described as two brothers with very different personalities. There is an inference that jumps out at us from this pasuk. When speaking about Eisav, the Torah describes him twice as an ‘Ish‘ (man). That means there were two distinct aspects of his personality: (a) He knew how to hunt; and (b) He was a man of the field. Yaakov Avinu is also described in two ways: (a) He was a “Tam“—a very pure, innocent, and straightforward uncunning type of person, and (b) He was also a “Yoshev Ohalim“—he dwelt in tents. However, in reference to Yaakov, the Torah only uses the word ‘Ish‘ (man) once. What is the reason for this lack of literary parallelism in describing the two brothers?

I saw an answer to this question in a sefer called Mishchas Shemen. In the 1950s, there was already talk about the possibility of putting a man on the moon. The author of this sefer asked the Shotzer Rebbe (Rabbi Shulem Moskovitz [1877-1958]) “Will they ever put a man on the moon?” The Rebbe responded with a definitive “No!” He buttressed his answer by quoting the pasuk “The Heaven belongs to Hashem and the Earth belongs to mankind.” [Tehillim 115:16].

As we all know, President Kennedy pledged early in his brief presidency that by the end of the decade of the 1960s, America would put a man on the moon, and so it was—on July 20, 1969, a man walked on the moon! 1969 is the year I received Semicha. The Chag HaSemicha was in August of that year, less than a month after this historic event. [Parenthetically, this was the last Chag HaSemicha Ner Israel has ever held – don’t ask me why.] The guest speaker at that event was Rav Simcha Elberg. He spoke (in Yiddish) about “de shpatzir af de Levana“.

At any rate, the author of Mishchas Shemen now had a strong question on the definitive answer given to him years earlier by the Shotzer Rebbe. This Rebbe was no longer alive by that time, so the author went to the Biala Rebbe and told him about his previous conversation with the Shotzer Rebbe. The Biala Rebbe did not say “The moon landing was all a fake—it took place in a Hollywood studio (as some claimed at the time). He did say that the event that occurred was not a contradiction to the cited pasuk. Even though America indeed placed a man on the moon, but Neil Armstrong could not survive on his own in the atmosphere of the moon. He had to bring oxygen from earth, he had to wear a space suit to protect him from the moon’s environment. His lifeline was still the ‘Aretz‘ (Earth). He may have physically been on the moon, but since he still needed all the earthly elements to exist, he was still considered an ‘earthling’ – not a ‘moonling.’ The eternal truth of the pasuk “HaShamayim Shamayim L’Hashem v’ha’Aretz nasan livnei Adam‘ remains. Neil Armstrong still remained a human being who belonged to the earth, his source of life.

True, he became a shepherd, engaged in commerce and became a wealthy man. But even while he was in the field shepherding, he was still a “Yoshev Ohalim.” Just like the man on the moon may have been far away from “his base”, but his oxygen was still brought from his home planet and he is still called an earthling. That is the source of his life.

On the other hand, Eisav lived a double life. The Torah testifies that he knew how to hunt. Chazal say that this means he knew how to put on a good act and trick people. He even knew how to fool his father. He would ask Yitzchak all his “frum shaylos“—how does a person take tithes from salt? He was an Ish tzayid, a cunning person. Beyond that, he was an Ish Sadeh. He was a different person than the person he pretended to be. He led a double life. He talked the talk of a pious person (through his cunningness as a Yodeah Tzayid), but he walked the walk of a man of the field.

This reminds me of a very famous letter that Rav Hutner, zt”l, wrote to one of his students. In addition to Rav Hutner’s Pachad Yitzchak on the Yomim Tovim, he also wrote a sefer called Igros v’Michtavim, in which he publishes correspondence he had with various students. One of these letters (#94) is a response to a former student who engaged in a secular career. The student complained to his former Rosh Yeshiva that he felt he was living a “double life.” On the one hand, he was a Ben Torah, a Yeshiva graduate; on the other hand, he spent the majority of his day in a very secular environment. He felt that he was being hypocritical by leading this contradictory life.

Rav Hutner wrote back to him that his assumption that engaging in a career was ipso facto leading a secular life is not true. Having a secular career does not mean you are leading a “double life.” Rav Hutner compares this to a person who has a multi-room house where different rooms are used for different activities. This does not imply he is leading a “double life”. It means he is living a broad life. He writes that it is not a contradiction for a person to be in the secular world and yet be a full-fledged Ben Torah and an Ehrliche Yid (a Jew with integrity). As long as one derives his chiyus (sustenance) from the “Ohel of Torah” then regardless of how he spends the rest of his day, he is still in the Beis Medrash.

Rav Hutner writes that he remembers once visiting the Shaarei Tzedek Hospital founded by Dr. (Moshe) Wallach [1866-1957]. He noticed that when Dr. Wallach would visit a patient who was about to go into surgery, he asked him for his mother’s name so that he could pray for him before his operation. Rav Hutner writes, “When I told over this story to one of the Gedolim in Yerushalayim, he commented, ‘How much a person must be jealous of such a Jew as Dr. Wallach, who uses his professional career as a vessel to promote the Honor of Heaven.” This is not a double life; it is a broad life. It is not a contradiction. A person can be an Ish Tam, Yoshev Ohalim—grounded in the Beis Medrash, in the Tents of Torah—no matter where he may find himself during considerable portions of his day.

The Wells Were Part of a Master Plan

Parshas Toldos is the only parsha in Sefer Bereshis that deals with the Patriarch Yitzchak. It is ironic—Avraham is the main subject of the Parshiyos Lech Lecha, Vayera, and Chayei Sarah. Yaakov is featured in the Parshiyos Vayetzei, Vayishlach, and VaYeshev. Miketz, Vayigash, and Vayechi deal primarily with Yosef with Vayechi also returning to feature Yaakov. So, the majority of Sefer Bereshis deals with either Avraham or Yaakov. Yitzchak has merely one parsha. There is an entire section of Parshas Toldos about wells.

Avraham Avinu had dug wells and the Pelishtim stopped them up. Yitzchak re-dug them, made them viable again, and called them the same names as his father had called them. (I saw someone comment that of the Avos, Yitzchak is the only one whose name remained the same throughout his life—not being changed by the Almighty or a Malach! Avraham started as Avram and Yaakov later was called Yisrael. Yitzchak’s name remained with him throughout his life, in the merit of the fact that he did not change the names of the wells!)

But the point is, what is the big deal? Avraham dug the wells; the Pelishtim stopped them up. Yitzchak re-dug them. Yitzchak names the wells with the same names. Who cares? Only one parsha in the Torah covers Yitzchak, and this incident is so important to take up so much space in that one parsha? Why?

Obviously, there is something significant here. The sefer HaKsav v’Ha’Kabbalah says a very interesting thing. The reason Avraham called these wells by those particular names was because he had one mission in this world—to bring the concept of One G-d into this world. That is why wherever he went, he gave the name of the place he visited a name having to do with Hashem. Yerushalayim was Hashem Yir’eh. Another place was Beis El. These wells all contained the Name of Hashem.

When people would meet each other, they would say – “I will meet you by the well—the Be’er L’Chai Ro-ee.” Or they would arrange to meet by another well that he called “K-El Olam.” The Name and concept of Hashem would thus constantly be in the mouths and on the lips of people. L’Havdil (a million times), consider M&T Bank Stadium (home of the Baltimore Ravens). Maybe I am an atypical consumer, but the fact that M&T Bank has a sports stadium with its name would not influence me to open up a checking account with M&T Bank. I have my bank which I have had for the last 47 years, and I am not going to change. Similarly, I am not going to buy a specific life insurance policy because MetLife has a stadium. I do not know who they are targeting, but apparently there are people who will buy MetLife insurance because they have their name on a stadium.

So, when Avraham Avinu died, the Pelishtim stuffed up those wells. Were they crazy? Do you know how valuable a well is in an arid country like Eretz Canaan? It is self-defeating. So why did they do that? It is because there was a culture war. If it has the Name of Hashem on it, we do not want the name of Hashem in our country. This is a fight to the death. They stopped up the wells even though it was injurious to them.

The Ponevezher Rav [Rav Yosef Shlomo Kahaneman (1888-1969)] lost eleven children and his wife in the Holocaust. He came to Eretz Yisrael and began a Yeshiva in Bnei Brak. He called it Ponevezh, because that was the name of the Yeshiva in Lithuania that was wiped out by the Holocaust. He later started another Yeshiva in Ashdod. He called that Yeshiva Grodno, after the Yeshiva in Lithuania that Rav Shimon Shkop started, which was also wiped out by Hitler. Why? “Because I have to build again and I have to build new, but I want to keep alive the spirit and the principles that Ponevezh represented and that Grodno represented.”

This is what Yitzchak did as well. “My father called the well K-El Olam, so I am going to call it K-El Olam. I am going to call it by the same name. The mission that my father started—to put the Shem Hashem into the mouths and minds of people—that is my legacy as well.” Therefore, the Torah spent all this time speaking about the wells, because the wells were just a means to spread the Shem HaShem in the mouths of the people.