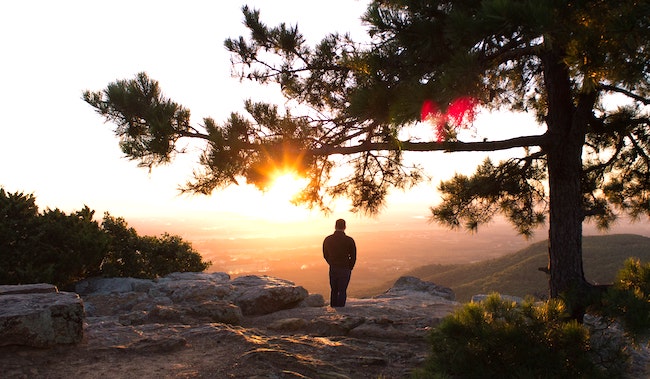 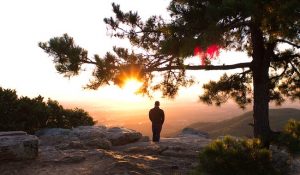 Yaakov remained alone. A man wrestled with him till daybreak.[2]

Just as “Hashem alone will be exalted on that day,”[3] so too is Yaakov described as being alone/levado. That is what Chazal say,[4] although to us the comparison sounds like apples and oranges. Other than the spelling of the same word, there does not seem to be anything that the two instances of “alone” have anything in common. At the end of time, Hashem will be the only deity recognized and served. Furthermore, He will be exalted for this, i.e. people will understand that He does it all alone, without having to call on Nature, people, or anything else. What does that have to do with the fact that Yaakov was left alone on the wrong side of the river, and could call on no one for assistance when he was mugged – although he very much could have used the help?

The midrash is telling us that one of the midos of HKBH is levado. The Torah describes Creation, and Hashem’s relationship with it. It speaks of an assortment of heavenly beings, all His “helpers,” as it were, in fulfilling His commands. While we understand that we cannot take descriptions of “help” to Hashem literally, they point to His somehow sharing a space with other things and beings. There is one midah, however, which we can call “levado.” It refers to aspects of Himself that applied “before” there was a Creation. And, as the line in Adon Olam has it, after everything else is spent, “levado yimloch”– alone He will reign. This aloneness does not apply to any of His other midos. In effect, it stands above all of them.

To some small but important extent, Yaakov shared that midah going in to the fight with Esav’s angel. He rose to a level of self-containment, complete independence of relying on others. It was specifically a Yaakov who was fully alone that could struggle the entire evening with that malach and never go down.

Bil’am foresaw: “It is a nation that dwells alone, and is not reckoned among the nations.”[5] Targum Yonoson understands this as, “It is a nation that, by their being alone, will in the future inherit the world, because they do not concern themselves with the ways of the other nations.” Can it be that that our greatest claim to olam habo will be avoiding the ways of the non-Jews? Yet, upon reflection, we should question how it was that our ancestors were able to withstand the urge in so many places and times to blend in with their cultural surround. How did they resist the temptation to gain more acceptance by imitating the ways of non-Jews? There must have been – and continues to be – such a strong pull to share their world! The source of their strength, indeed, was this midah of levado inherited from our avos. They all became alone-ers, proud individualists who refused to attach themselves or follow others.

The Mishnah[6] teaches, “Who is the wise one? He who learns from everyone. Who is mighty? He who conquers his own inclinations. Who is rich? He who finds happiness in his own portion. Who is honored? One who honors others.” All of these make the touchstone of success something that is internal, rather than external.

If a person could only become wise if he finds the proper teacher, what will become of the person who cannot find a teacher? But if he has the capacity to learn from everyone he encounters, then he can always access wisdom, without dependence upon others. The greatest wisdom is accessible from within, and not dependent on relations with others.

If strength depends on the ability to overpower another, what strength can a person possess when he faces someone indeed stronger than himself? If strength, however, can be measured independently of others, if it can relate entirely to himself, then he can show true strength in vanquishing his yetzer hora.

If wealth is determined by net worth relative to that of other people, no person can ever be truly secure in it. His assets are always subject to risk factors that can undo him. But if it can be measured independently of others – if the only frame of reference is himself – a person can be wealthy in the happiness that his own lot brings him.

Honor that comes from the accolades of others ceases if others refuse to express their adulation. But if honor can come from the capacity to bestow it upon others, there are limitless opportunities to do so, and honor will never evade him.

These examples show the power of the levado trait on the individual. Multiplied across the entire Jewish nation, the independence it produces allow us to stay the difficult course of history till the arrival of geulah at the end.