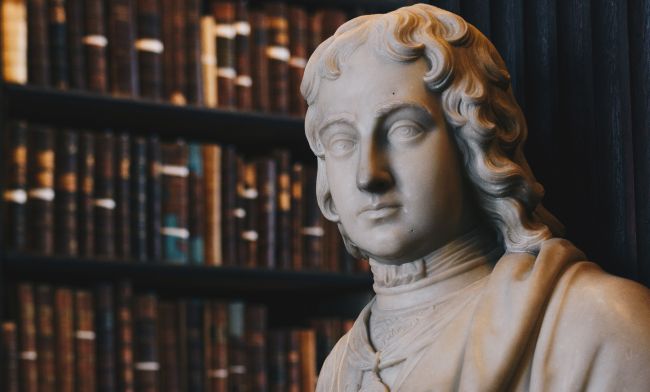 Through the Eyes of History 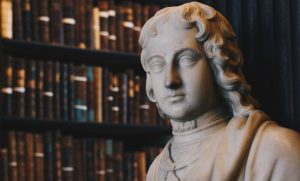 “Pinchas, the son of Elazar, the son of Aharon HaKohain, appeased My anger against the Bnai Yisroel by taking My revenge amidst them, and so I didn’t have to destroy them with My vengeance.” — Bamidbar 25:11

The plot to destroy the Jews

Parshas Balak ends with the daughters of Moav enticing the young Jewish men to sin. This quickly led to idol worship, and many Jewish men served Baal Peor.

At the height of the debacle, Zimri, one of the heads of shevet Shimon, took a Moabite princess and brought her into the encampment of the Jews, making a public spectacle of the act. Because he was a leader of the Jewish people, this was a grave threat to the survival of the nation. A plague broke out, and thousands of Jews died.

Pinchas saw what was happening and ran to Moshe for advice. Moshe directed him to take action. At the risk of his life and against all odds, Pinchas walked into the mob and miraculously killed both Zimri and the Moabite woman. No sooner did their dead bodies hit the floor than the plague stopped. It was a clear and obvious sign that Pinchas had acted correctly. By acting with courage and alacrity, he saved the Jews from destruction. Clearly, he was a hero.

Yet the very next parsha, which is called Parshas Pinchas, opens up with a posuk repeating his lineage: “Pinchas, the son of Elazar, the son of Aharon.” Rashi explains that the Torah delineates his ancestry because he was the subject of derision. The other shvatim mocked him, “Did you see this son of idol worshipers? His mother’s father fattened calves to serve to idols, and he has the audacity to kill the head of a shevet!” The Torah therefore repeats that he was a direct descendent of Aharon to let us know that he was justified in what he did.

This Rashi is difficult to understand as it implies that people looked at what Pinchas did and assumed that he was wrong. Yet he had direct orders from Moshe Rabbeinu. Many miracles happened to allow him to succeed, and a plague that killed 24,000 people stopped only when he finally killed Zimri. How is that possible that anyone could see Pinchas as anything other than a hero?

The eyes of history

The answer to this question is that there are often two distinct perspectives of an event: the perspective from living in the moment, and the perspective of history. While the episode is playing out, it is often difficult to identify the real issues and motives being challenged. Changes are happening too quickly, things are moving at too feverish a pace, and clarity is elusive. After the fact, when the dust settles and some time has passed, what transpired is often viewed from a different focus, and what was then obscure is now obvious.

Understanding the criticism of Pinchas

To the people living during Pinchas’ times, there was justification for what Zimri did. The rationale might well have been that by bringing the Moabite woman into the Jewish camp, she wouldn’t pull the Jewish men away to serve idols. But whatever the logic, there were arguments for and arguments against. The point was that a great man – the head of a shevet – did this act, and it wasn’t at all clear that he was wrong. It is only now after the fact, when we have the perspective of history, that we can see the test and the temptation with absolute clarity.

Each generation has it tests, and one of the most difficult tasks for a later generation is to look back and understand the test of an earlier era. Often times, when we look back, we can’t understand how the people living then could have done what they did. We flippantly assume, “We would never have acted that way! Had we been living in Spain in the mid-1500’s, we would have fled the country or given up our lives – no question about it. Had we come over to these shores in the 1920’s, of course, we would have kept Shabbos and kashrus.” In fact, we can’t understand how anyone could think otherwise.

The reason we can’t even see the temptation is that we are judging the generation according to our social climate. We are assuming that the winds that blew then were the same as now. But the social environment was vastly different. The norms of society – what was expected and accepted, what was valued and revered – were quite different. And as such, the social pressure was very different than it is now.

This concept has great relevance to us. We face nisayonos today that previous generations would laugh at. Most of us live in two-income households, are working long, hard hours, and are still barely able to make ends meet. If our great-grandparents were to look down at our generation, they would be flabbergasted. “What in the world did you need such a fancy house for? A separate bedroom for each child? Each family needs it own car? Each child gets a new outfit? Different types of shoes for weekdays and for Shabbos?” Our great-grandmothers would ask us, “What in the world do you need this lavish wedding for?” And we would sheepishly answer, “Alta Bubbie, this is only the vort!” The reality is that we live a lifestyle that previous generations couldn’t envision or imagine.

But it comes at a cost. The greatest cost is time. Time to learn. Time to daven. Time to be good parents. Time to be a supportive spouse. And more than anything, time to think about what we are on this planet to accomplish.

While we live in the wealthiest of times, in many ways we are the poorest of the poor. By refocusing on our priorities and understanding the pull of our times, we can recognize the tests of our generation and fortify ourselves to overcome them.