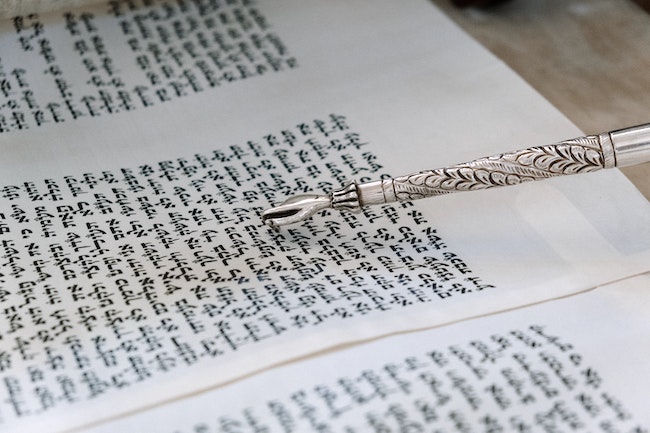 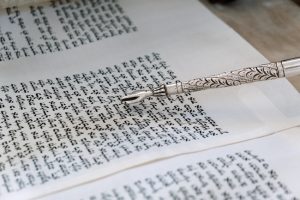 There are two basic opinions among the early poskim concerning the nature of the obligation of Kerias ha-Torah on Shabbos morning. One opinion[1] holds that every adult male is obligated to listen to the weekly portion read every Shabbos morning from a kosher Sefer Torah. He must pay attention to every word being read, or he will not fulfill his obligation. The second opinion[2] maintains that the obligation of Kerias ha-Torah devolves upon the congregation as a whole. In other words, if ten or more men are together on Shabbos morning, they must read from the weekly portion. While each member of the congregation is included in this congregational obligation, it is not a specific obligation upon each individual, provided that there are ten men who are paying attention.

There are some basic questions concerning Kerias ha-Torah whose answers will differ depending on which of these two opinions one follows:

The answer to these and other such questions depends, for the most part, on which of the two views one is following. Clearly, according to the first opinion, one must give undivided attention to each and every word being read. Davening, learning or reciting Shnayim mikra v’echad targum during Kerias ha-Torah would be prohibited, and even b’diavad one would have to make up any missed words. But according to the second opinion, the answers to all these questions would be more lenient, for as long as the congregation fulfilled its obligation to read the Torah correctly, and as long as ten men paid attention to the reading, the individual’s obligation is no longer a matter of concern.

Shulchan Aruch does not give a clear, definitive ruling concerning this dispute. Indeed, while discussing the laws regarding the permissibility of learning during Kerias ha-Torah, he quotes both opinions without rendering a decision. Instead, he concludes that “it is proper for a meticulous person to focus on and pay attention to the words of the reader.” This indicates that Shulchan Aruch and many other prominent poskim[4] hold that while it is commendable to be stringent, it is not absolutely essential. Mishnah Berurah[5], though, quotes several poskim who maintain that the halachah requires that each individual listen to every word of Kerias ha-Torah[6]. Rav M. Feinstein rules that even b’diavad one does not fulfill his obligation if he misses a word, and he must find a way to make up what he missed[7]. There are, however, a host of poskim who maintain that Kerias ha-Torah is a congregational and not an individual obligation[8].

Several contemporary poskim suggest what appears to be a compromise. Clearly, l’chatchilah we follow the view of the poskim that each individual is obligated to listen to Kerias ha-Torah, and it is standard practice for each individual to pay undivided attention to each word that is recited. Indeed, in the situation described above where Kerias ha-Torah conflicts with tefillah b’tzibur, some poskim rule that the obligation to hear Kerias ha-Torah takes precedence, in deference to the authorities who consider it an individual obligation[9].

But, b’diavad, if it were to happen that a word or two was missed, one is not obligated to go to another shul to listen to the part of the reading that was missed. Rather, we rely on the second opinion which maintains that so long as the congregation has fulfilled its obligation, the individual is covered[10]. Accordingly, if listening to Kerias ha-Torah will result in missing davening altogether, davening takes priority, since we rely on the poskim who maintain that Kerias ha-Torah is a congregational obligation[11]. Similarly, one should not interrupt his private Shemoneh Esrei to listen to Kerias ha-Torah[12].

But regardless of the above dispute and compromise, the poskim are in agreement about the following rules:

4. Sha’arei Efrayim 4:12 and Siddur Derech ha-Chayim (4-5) clearly rule in accordance with this view. This may also be the ruling of Chayei Adam 31:2 and Kitzur Shulchan Aruch 23:8.

12. Rav S.Z. Auerbach (Halichos Shlomo 1:12-4). [A Diaspora Jew who may have missed an entire parashah when traveling to Eretz Yisrael after a Yom Tov, does not need to make up what he missed (ibid. 6). See Ishei Yisrael 38:29 for a dissenting opinion.

14. Bach, as understood by Mishnah Berurah 146:6 and many poskim. There are poskim, however, who maintain that the Bach permits even idle talk bein gavra l’gavra; see Machatzis ha-Shekel, Aruch ha-Shulchan, and Shulchan ha-Tahor. See also Peri Chadash, who allows conversing bein gavra l’gavra. Obviously, they refer to the type of talk which is permitted in shul and/or on Shabbos.