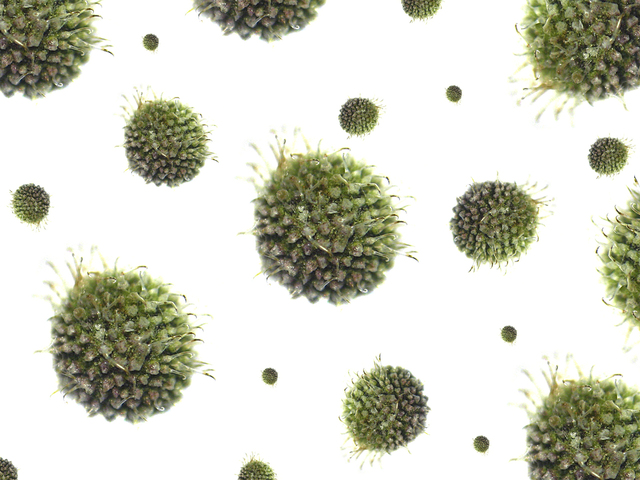 “How are such people (who are spiritually “sick”) healed? A person who for example has a bad temper should act as follows: If he is struck or cursed, he should not take it to heart at all (‘lo yargish’ — he should not feel it). He should continue to act in this manner for a long period of time until his trait of anger is uprooted from his heart. [So too] one who is arrogant should degrade himself greatly. He should sit in the least honorable seat and wear worn-out clothes which shame their wearer. He should do the above and the like until the arrogance is uprooted from him. Such people may then return to the middle path which is the proper one, and continue in it for the rest of their lives. So too should a person behave regarding all character traits. If he is on one extreme he should move to the opposite extreme and accustom himself to such behavior for a good while until he may return to the proper middle path.”

Last week the Rambam began discussing individuals who have serious character imbalances, who are strongly inclined towards an extreme in one of their character traits. The Rambam equated such people to the physically ill, who may be delirious to the extent that the bitter to them tastes sweet: they literally view wicked behavior as more attractive and preferable to the good. To them observing the mitzvos (commandments) is no recipe for fulfillment. It is at best a sacrifice one makes in order to earn his piece of the pie in the World to Come. The Rambam advised that such people go to the Torah scholars, who are spirit healers just as doctors are body ones.

This week the Rambam presents the basic cure for such people — that they go to the opposite extreme until they straighten out. There are a number of important lessons in this Rambam. Although as always the Rambam’s words speak for themselves and hardly need Dovid Rosenfeld’s embellishments, I’d like to call attention to a number of what I feel are critical points.

First of all, although the Rambam here describes the proper cure for character deficiencies, he last week insisted that the spiritually ill first go to the Torah scholars. This prescription is not a self-help cure; it is not over-the-counter medication. It must be administered by the wise. A person who is sick enough to taste bitter as sweet and sweet as bitter is better off not mixing his own drugs. The famous Talmudic expression comes to mind: “One who is incarcerated cannot free himself from jail” (Brachos 5b). And likewise comes to mind the story of the heart specialist vacationing at a ski resort who was found dead of a heart attack with a mostly-finished bottle of heartburn medication at his side. Only one whose vision is clear and uncluttered can see the unwell through their illnesses.

Next we arrive at the Rambam’s actual prescription — that such a person go to the opposite extreme. This introduces a fascinating concept. Extremism is not healthy in any form. Neither the extremes of arrogance nor of humility are recommended behavior, yet this is precisely what the Rambam recommends for the arrogant. He is to act in a way which would literally not be correct for anyone else — to go about treating himself like a doormat — for he literally has no choice.

There is a fascinating precedent for this notion found in the Torah. Numbers 6 discusses the Nazir, a person who takes upon himself a special type of oath. He may not cut his hair, may not partake of any products of the vine, and may not come into contact with the dead. (Samson, of Judges 13-16, was a special sort of Nazir, sanctified to this lifestyle from the womb.) Such a person is an extremist. He may drink no wine — not even for kiddush Friday nights. Nor may he attend even his mother’s funeral. Is his piety commendable or fanatical? Is this the holy ideal we should all strive for? Or is the Nazir going too far — accepting upon himself a (Torah-sanctioned) oath permitting him to go just slightly beyond the edge?

My understanding of the Nazir is that he is not the ideal. Far from it, he is one with a problem. He realizes he cannot handle his liquor. Unlike most of us, he cannot be normal about such pleasures. He cannot enjoy wine in moderation — not even where religion requires it. He has a problem; he cannot restrain himself. And he must take drastic action.

And so, the Torah gives him a prescription: go to an extreme. Don’t permit yourself any wine. Don’t attempt to drink in moderation. And don’t trust yourself either: Don’t make your own personal resolution to go dry. Take an oath: invoke the G-d’s ineffable Name. Forbid it upon yourself. Live an extreme lifestyle — refraining from normal but alluring behaviors of all types. (It’s beyond the scope of this lecture to discuss the “evil” of other types of behavior from which the Nazir refrains.)

The Torah does not ask such behavior of most of us. It’s perfectly alright to enjoy permissible pleasures within limits. In fact, the Sages generally frown on people who go overboard in their self-denial. An oft-quoted passage from the Jerusalem Talmud states it perfectly: “The Torah hasn’t forbidden enough already that you want to add to it?!” (Nedarim 9:1). Judaism places quite enough restrictions on us, thank you. Attempting to be more pious than the Pope (the High Priest?) may simply be courting disaster.

In addition, the Torah generally frowns on oath taking. Deuteronomy 23:23 states, “If you refrain from taking an oath, you will not bear a sin.” Why take the risk of obligating yourself with a promise you might not keep — possibly for reasons beyond your control? The Talmud likewise states, “Whoever takes a [voluntary] oath, even if he fulfills it, is called sinful” (Nedarim 77b).

But the Nazir is different. He has no choice. And it in fact goes further. Not only may he not drink wine but he stays away from every product of the vine — grapes, raisins, grape juice, even a grape Nehi. 😉 For the Torah teaches us what the Rambam here expresses. If you want to improve, if you want to correct a real problem, there is but one solution: go to the opposite extreme. Uproot the dangerous quality altogether. Don’t play with fire. Don’t even handle a match. The slightest memory of that which you crave may destroy you. The Torah does not require that the rest of us adopt such practices. Extremism is unhealthy. G-d granted us a beautiful world. Denying it from us is a denial of human nature and represents a lack of appreciation for the great gifts G-d has granted mankind. Yet G-d does include the section of the Nazir in the Torah — for He knows the world isn’t perfect. There are some of us who simply must go beyond.

I’d like to wrap this up next week by introducing one final lesson from this law, one which I actually find most fascinating of all. Please stay tuned!