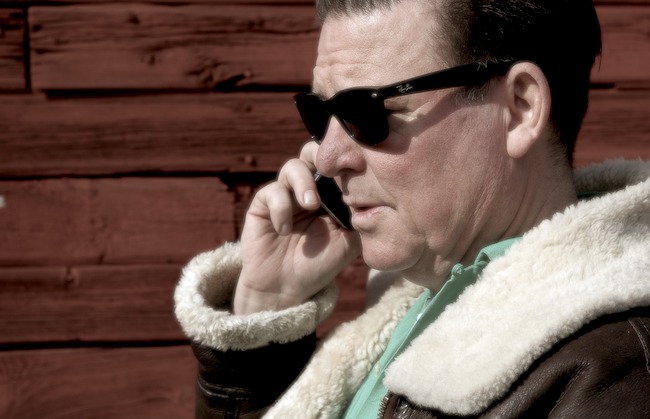 Is is forbidden to fool others (‘lignov da’as’ — to steal the mind), even of a Gentile. How is this? One should not sell a Gentile meat from an unslaughtered (and so non-kosher) animal with the assumption it was slaughtered, nor [sell him] a shoe [made from the hide] of a dead [animal] in place of a shoe from a slaughtered one. One should not press his fellow to eat at his house knowing he won’t be able to. He should also not offer his fellow gifts knowing he will not accept them. Nor should one open barrels [of wine] for his fellow which he was going to open anyway (in order to market) in order to trick his fellow that he opened them specially in his honor. Likewise with anything similar. Even a single word of deception or trickery is forbidden. Rather, [one should have] honest lips, an upright spirit, and a heart pure of all vexation and mischief.

In recent weeks the Rambam discussed the value of silence and the danger of wasting our words. Now he moves on to a different negative trait, also relating to speech.

I’d like to first explain some of the legal concepts the Rambam mentions, then we’ll look at some of the underlying themes. As a brief introductory aside, I couldn’t come up with a good English equivalent for the Rambam’s phrase “words of smoothness” — although it clearly relates to what we’d call a “smooth talker” in English. Scripture often uses analogous terms, relating smoothness to a man’s lips or tongue. See for example Psalms 5:10: “For there is nothing correct in their mouths… their tongues are smooth.” And Psalms 12:4: “May G-d cut off all lips of smooth talk, the tongue which speaks boastfully.” No doubt the English expression derives from the Biblical ones (as often the case).

When discussing the prohibition of fooling others, the Rambam offers a number of examples, all deriving from the Talmud (Hullin 94a). Since most of the examples are unfamiliar to us, I’ll offer a bit of context. As we’ll see, one of the themes of this law is that trickery is forbidden even if it will not cause one’s fellow any monetary damage.

One may not sell non-kosher meat to a Gentile without specifying that it’s not kosher because the Gentile may mistakenly assume the Jew took the extra trouble to make it kosher for him. This applies even if the Jew is not charging a higher price for the meat and even if there is no concern the Gentile will resell it to another Jew, wrongly claiming that it’s kosher.

The second law the Rambam quotes is that one not sell another a shoe made from the hide of a dead animal rather than a slaughtered one. According to one explanation in the Talmud, this is because it was the belief that hides of slaughtered animals made higher-quality leather. (Lacking any background in the subject, I would guess that the sooner one flays the carcass, the less time the hide has to deteriorate. Any tanners out there are welcome to share their expertise.) 🙂

The final law which requires some background is the one about opening wine barrels. According to the Talmud, wine lasts and preserves its freshness only when stored in full barrels. Once a barrel is opened and started, the remaining wine quickly deteriorates. (This one too is outside my realm of experience.) Thus, one who opens a new barrel for his guest is doing him a particular honor. If, however, the host was already planning to open the barrel — for example to sell it to a retailer for resale, the guest will be misled into believing a special honor was done just for him. The Talmud there adds that if the guest is the sort for whom you would have done such an honor, you may open a new barrel without informing him you were planning to do so anyway. (The commentators to the Rambam wonder why he neglected to mention this detail.)

For the most part, the words of the Rambam this week speak for themselves and can be readily appreciated. They hardly need any long-winded embellishments from Dovid Rosenfeld. I would, however, like to offer one brief idea relating to the Rambam’s earlier point — that one’s words be consistent with his thoughts.

There is actually something very peculiar about the Rambam’s wording. He recommends that our insides should be as our outsides and our thoughts should be as the words of our mouths. Isn’t that backwards? Shouldn’t he write that we’re honest with our feelings and that our speech reflects what is in our hearts? Instead, the Rambam states that our hearts must be consistent with our mouths — implying that our speech is the given and primary — just that we must actually feel what we are saying! What does that even mean? Do our mouths have lives of their own? (My teacher R. Yochanan Zweig posed this question in a different context.)

I believe the Rambam’s point is based on an important general principle in Judaism. The Torah and Prophets tell us many times that G-d is truly interested in who we are on the inside, not how prim our behavior is without. “G-d wants the heart” (Sanhedrin 106b) was the Talmud’s pithy response to why sometimes even the most erudite scholars fall out of Divine favor.

Even so, virtually all the commandments of the Torah relate to our actions, not our hearts. The Torah does not content itself with telling us to love our neighbors and somehow the rest will follow. It concerns itself with our deeds — almost exclusively. It tells us how to act, what we must and must not do, how we must observe the Sabbath and holidays, what we may eat, when we may eat, how our food must be prepared, even how we tie our shoes. And people can (and sometimes mistakenly do) get the impression that Judaism is primarily a religion of form over spirit, more concerned with ritual and sacrifice than the spiritual character of its adherents. Shouldn’t we find a lot more “Love your fellow as yourself” (Leviticus 19:18) in the Torah and a lot less (ibid., 11:13 )”And these shall you hold in abomination of the birds… the eagle, the ossifrage and the osprey” (whatever the heck they are)? Doesn’t G-d care more about who we actually are than how correct our behavior is?

There is more than one answer to this — there are a lot of important ideas here, but for now I’d like to dwell upon one basic concept. To be sure, the ideal is that we mend our hearts. Yet the only sure path to our hearts is our bodies — and our words. One can sit around all day concentrating on making his heart “holy”, and I somehow wonder if his heart will be all the much better for it. Influencing our inner feelings is something for the most part outside our realm and grasp. And in fact, G-d does not even expect it of us.

Rather, we are told to work on our bodies (and our speech). One of the most incisive insights of Jewish thinkers in the area of human psychology is that our insides are affected by our outsides. Behave a certain way and it will slowly sink in. Act with kindness and devotion, and it will slowly become your nature. Be friendly on the outside, and you will slowly learn to be concerned about others — and to love mankind. We cannot train our hearts, but we can train our actions. And as the Torah knows, if we act in a godlike manner on the outside, ultimately this will become our inner selves.

(We discussed this at greater length recently, see Ch. 1, Law 7. Also, for some important sources on this, see Sefer HaChinuch Mitzvah 16 and Mesillas Yesharim Ch. 7.)

This too I believe is the basis for the Rambam’s advice here. He states here that one’s thoughts should be consistent with his words. The given is that the person is talking nicely — quite likely nicer than his heart actually cares to speak. For again, it is far easier to control one’s mouth than one’s thoughts. And the Rambam accepts this. Our goal is not to be so “honest” that we tell our fellow what is truly on our mind about him. As we all know, many thoughts pass through our minds which no one would benefit from if they were aired. Thus, the given is that we speak to our fellow nicely, for as in many areas, our acts must precede our feelings. However, the Rambam advises that we feel on the inside how we are behaving on the out. Act properly, but set a goal for yourself to actually believe what you are saying.

The entire thing does seem a little peculiar. Speak what you don’t really feel but only with the goal that you will eventually believe yourself too. Is it hypocrisy? A little, perhaps, but for better or worse, it’s the sort we need a little of in our lives — maybe a lot of. G-d does not want us to be so “honest” with ourselves that we turn into the animals a part of us would like to be. Rather, we focus on our actions — with the Rambam’s important proviso that it’s not all a charade. “Smooth talkers,” who neither mean what they say nor have any intention of ever meaning it are out. Our goal must always be to actually become our actions. Yet our acts and our speech must come first, and slowly but surely, our minds and our inner beings will follow.