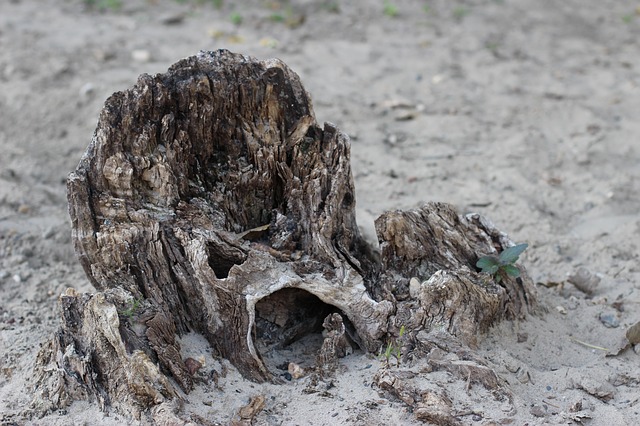 (Note: The text of the beginning of Law 2, more relevant to Law 1, appeared in the previous two classes.)

There is a sin much greater than this which is included in this prohibition (Leviticus 19:16), and it is evil gossip (‘lashon hara’, lit., ‘the evil tongue’). It is one who speaks disparagingly of his fellow even though he speaks the truth. One who speaks falsehood, by contrast, is referred to as a ‘spreader of a bad name’ (‘motzi shaim ra’) on his fellow. However, the speaker of evil gossip is one who sits and says, ‘This is what so-and-so did…;’ ‘This is who his ancestors were…;’ ‘This is what I heard about him…’ — and he speaks of matters of degradation. Regarding this, the verse states, ‘May G-d cut off all lips of smooth talk, the tongue which speaks boastfully’ (Psalms 12:4).

This chapter of Maimonides discusses a number of prohibitions which relate to character development and interpersonal relationships, and in particular prohibitions relating to speech. This week we arrive at the most serious and well-known one: slanderous gossip, known as lashon hara (“the evil tongue”) in rabbinic writings. We will use the Hebrew term below.

We will discuss this prohibition in much greater detail in coming weeks — its scope, its ramifications, its severity, etc. The Rambam devotes quite a number of laws to it. This week I’d like to lay some groundwork, especially focusing on a single issue — the distinction between lashon hara and “spreading a bad name” (“motzi shaim ra” — another term we’ll use below), also mentioned above.

First, the Rambam notes that this prohibition also stems from the verse we discussed in past weeks — “You shall not go spying in your nation” (Leviticus 19:16). That verse forbids snooping about searching for some juicy rumors to report on one’s fellow. In Law 1 the Rambam discussed more specifically reporting information which causes ill will between men, such as telling B what A said about him behind his back. Here the Rambam discusses the broader and far severer prohibition of lashon hara — reporting any slander about one’s fellow.

The most interesting observation this week, clearly implied by the Rambam’s words, is that lashon hara is categorized differently from motzi shaim ra. They are viewed as entirely separate prohibitions. At first glance, we would tend to think they are almost identical — whether I slander my fellow through the mention of true but critical facts or I invent a few nasty little details to demean him. Either way, we would think the primary evil is in the defamation of an upstanding individual.

If anything, we would imagine that fabricating details out of thin air for no other purpose than to degrade is worse than mentioning the truth alone. The former is outright falsehood, making the victim appear much worse than he truly is. The latter, lashon hara, is only a matter of stating the honest facts, which though most of the time should not be aired unnecessarily, only malign the victim as much as deserved.

Yet, the Rambam clearly considers lashon hara the more sinister of the two transgressions. He mentions motzi shaim ra almost in passing as a distinct law while placing almost all his focus (both here and in the rest of the chapter) on the evil of gossip, seeing that as the intended target of the rebuke of Psalms 12:4.

Well for starters, it’s clear from the verses themselves that lashon hara and motzi shaim ra are entirely distinct transgressions. When one lies to disparage his fellow, he transgresses Exodus 23:7: “From a matter of falsehood shall you distance yourself.” (Technically that is referring to lying in court, yet the starting point of the law is quite different.) When one tells over the honest — yet derogatory — truth about his fellow (in particular facts he secretly spied on his fellow to compile), he transgresses Leviticus 19:16: “You shall not go spying…” They are totally different transgressions. Though the outcome is similar, the Torah sees fit to forbid them in separate verses — actually in separate books, to be more precise.

So what is so different about these two prohibitions? There are a few basic and related ideas, each important in its own right. Much of the below is based on ideas heard from my teacher R. Yochanan Zweig.

First of all, speaking truth alone is actually more pernicious than telling over lies. Honest facts, as we know, have that ring of truth to them. The Talmud states: “Words of truth are recognizable” (Sotah 9b). When one is speaking honestly, it sits well with the listeners and it’s more likely to be believed. Thus, ultimately, true words have greater potential to damage than outright lies. And further, the speaker himself may feel he is only telling the honest truth — What could be more ethical? — and will let go with far less compunction.

However, “truth” of this sort is really not truth at all. Presenting one angle of a story — even if every single fact is correct — can itself be libel of the most heinous kind. Ever seen an article about the Israel-Palestinian conflict in which the headline and first paragraph state unequivocally that Israel bombed a school, blew up some beach-goers etc. — only to have a later paragraph reluctantly admit that Israel claims (much more plausibly and with much more substantiation) that the fire originated from Palestinian sources, etc. Or have the headline state, “Israel retaliates against…” — almost giving the impression that the aggression only began with the retaliation, the initial terrorist act only being some niggling background detail?

Without much imagination (since we read this daily in the news) the media can easily state nothing but the truth (or at least accurately report both sides of a story), while creating a wholly false and misleading image of the State of Israel. Israel is clearly a totalitarian and repressive Apartheid regime, ruthlessly maintaining its vice-like grip on hapless Palestinians who want nothing other than to live in peace and quiet — except that they were led to desperation and terrorism because of the miserable, hopeless conditions Israel has imposed upon them. And at that point it goes without saying — as European polls occasionally tell us — that Israel is the number one impediment to world peace.

Even worse, of course, if such “facts” play on people’s emotions. Seeing images of Palestinians living in overcrowded poverty, maimed youths, children crying over their father’s coffins, encroaching Israeli army patrollers “armed to the teeth”, etc. strengthen such an image many more times than written facts ever could. And of course, such pictures need not be doctored up. They are “true”. Yet if that is all that is presented such facts are really not true. They are propaganda. And sadly, rarely is man sophisticated enough to discern truth from emotion-laden media distortions.

Anyway, I didn’t intend this to be a forum for my own political commentary. The image of Israel just happens to be so egregious an example of this phenomenon that it bore mention. But the message is equally relevant on the personal level too. We all have both good and bad qualities. A reasonably accurate profile of any one of us would depict us as okay mixtures of good and evil — and usually in the balance we’re really not all that awful. One, however, who speaks lashon hara presents only the bad, and can easily — using truth alone — transform a decent but human individual into an absolute monster.

And this brings us to the true evil of lashon hara — and perhaps the reason the Torah sees fit to count it as a separate prohibition. It is not only the sin of denigrating. It is a matter of taking something as beautiful as truth — one of the most precious commodities on this earth, and using that very concept to misrepresent and malign. It is using truth in all its credibility to further the cause of falsehood. And that is a horrific corruption which G-d can never countenance. The Talmud lists speakers of lashon hara as one of the four categories of people who will never “receive the Divine Presence” (Sotah 42a).

Lying is lying. It is sinful but it is not really qualitatively different from any other type of sinful behavior. It doesn’t “fool” anyone: the objective viewer recognizes lying as wrong. And as with all evil, it ultimately does not last in G-d’s world and is destroyed. But good turned evil is far more sinister. And the damage it may do — to others and to our own souls — is far far more destructive.