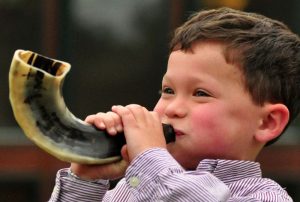 Mitzvos are not random exercises that ensure that we stay loyal and committed to Hashem. We are all comfortable with the idea that each mitzvah has its reason, whether that rationale is apparent to us or not.

Lurking behind these reasons are other benefits and consequences that we don’t think of as often. For example, mitzvos are directly connected to our emunah. The mitzvos we perform have the capacity to add to our depth of understanding of Hashem’s greatness.[2]

Does this mean that with the routine performance of mitzvos we become more profound theologians, more comprehending of Hashem’s essence? Unfortunately, not. Only those who actively seek to know more of His greatness are affected this way. The navi castigates those whose “fear of Me amounts to rules learned by rote.”[3] It is not just the mechanical observance that he criticizes, but the substandard yir’ah that it leads to.

Similarly, the relationship between knowledge of Hashem and a person deeply sensing His presence should go hand in hand, but often don’t. Greater comprehension of Who He is ought to produce a sense that the Shechinah operates within ones self. However, when a person has not given his pursuit of knowing Him as much attention and effort that it deserves, he will be disappointed when he does not experience the sense of connection that he expects. Rather than fault his own inadequate efforts, he mourns “Is it not because our G-d is not within us that all of these evils have occurred to us?”[4] There is a tinge of putting the blame on Hashem – as if He for no good reason decided to withhold His presence, rather than recognize that his own inadequate preparation is at fault. Especially after all those “evils… occurred,” he should have roused himself to consider his shortcomings. He should realize that it is he who sold the Divine presence short, contenting himself with his narrow, simplistic understanding of Hashem’s majesty.

By failing to react properly – with teshuva for his sins, and plunging himself into a deeper inquiry about and appreciation of Hashem – he engenders even more withdrawal of the Divine presence: “I will hide My face on that day because of all the evil they have committed, did they turned to other gods.”[5] Whoever turns to Hashem with simple-minded comprehension of Him relative to what he is capable of, is considered as if he worshipped a foreign god!

Hashem in His mercy provides a backup plan. Once a year, on Rosh Hashanah, He opens the heavenly gates to allow an enhanced recognition of His Kingship to descend to earth. When we capture it, it potentiates all the Torah and mitzvos that we have done, even where they failed to provide a boost in understanding at the time they were performed. This further deepens our understanding of Who He is.

This glimpse-out-of-nowhere, however, is conditional. We gain it only if we have at least taken the time to do teshuvah. If a person will turn his back on this special opportunity to intensify his understanding of Hashem’s malchus, then His generous offer itself turns into judgment/ din.

“Fortunate is the people who know the sound of the shofar. Hashem – in the light of Your countenance they will walk.”[6] The shofar is associated with the coronation of a king. Fortunate are those who hear the shofar, and recognize His Kingship. They can avail themselves of the special insights into His majesty that become available on Rosh Hashanah. Those, in turn, work with all of their Torah and mitzvos to provide even deeper insight. The result is that they will walk in the light of His countenance, in much closer proximity to His presence.