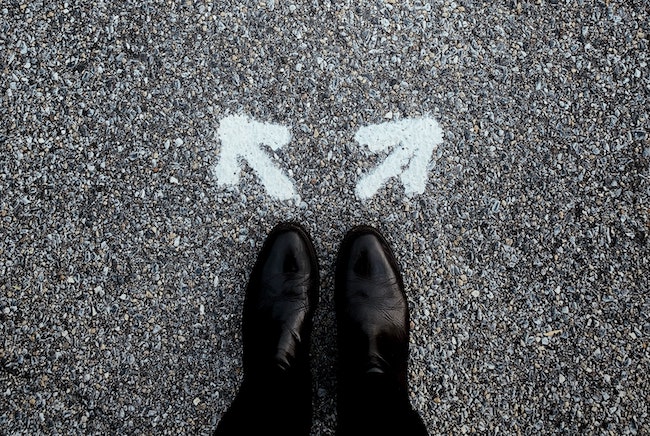 This principle (the existence of free will) is a great fundamental and pillar of the Torah and the commandments. This is as it is stated, ‘See I have placed before you today life and good, death and evil… [and you shall choose life]’ (Deut. 30:15,19). And it is written, ‘See, I place before you blessings and curses’ (Deut. 11:26). Meaning to say, free will is in your hands and anything a person will desire to do of the acts of man he may do, whether good or evil. Because of this matter it is stated, ‘Who would make it that they would [always] have this heart of theirs (that they currently have) [to fear me and to observe all my commandments all the days]’ (ibid. 5:26). This means that the Creator does not force people nor decree upon them to do good or evil. Rather their hearts are in their own hands (lit., ‘are given to them’).

This entire chapter of the Rambam is devoted to the concept of free will. As the Rambam explained thus far, free will is one of the central pillars of Judaism. There is no predestination. Man is free to to choose his actions and his fate, and to become as great or as evil as he wishes. And since it is in our ability to choose, G-d can command us to act properly — and punish us if we do not. Finally, since our actions are our own responsibility, it is up to us to repent our mistakes. We cannot blame anyone else for our failings — even if all sorts of outside factors did in honesty influence us for the better or worse. Ultimately, our decisions were our own; only we will stand in judgment over them.

This week the Rambam quotes a number of key Scriptural verses which establish this same principle. In Deuteronomy Ch. 30 G-d offers us the choice: good or evil, life or death. The two paths of life are laid out before us. G-d tells us the score, He urges us to follow the path of good, He wishes that we would, but He does not and cannot force us. For the world would be pointless if man had no choice, if we were just following some pre-written script without any say of our own. G-d had to leave our fates up to us. He presents us with the facts and tells us which path He would like us to traverse, but beyond that we are left on our own.

The language of the first verse quoted is striking: ” I have placed before you today life and good, death and evil.” The choice is not just one of good versus evil. It is life versus death. I guess the simplest explanation is that by choosing good one earns life and vice versa. But why are life and death mentioned before good and evil? Aren’t they simply the consequences?

It therefore appears that the idea is far more profound. Choosing good is not just a matter of making good choices and earning reward. It is being alive. If we just follow our natural inclinations — if we just more or less follow the script — even if to some degree we were given good programming by our parents or environment, we are not really “alive”. We are just passive, allowing ourselves to be drawn wherever the outside world leads us. Perhaps an obedient dog we are, but such is not truly life in a spiritual sense.

When the Torah instructs us to choose life, the meaning is not simply that we behave. It means that we be alive — that we live with awareness. We must understand the gravity of life and recognize the significance of our actions. And however we decide to live, it must be a conscious decision. We took control and made our decision. We exercised our lives and vitality. We understood what life is all about and did something about it. Passivity — even more or less good passivity — is not life. Taking control of our fates — understanding the high stakes of life and doing something about it — is what life really is.

When we think about it, so much of what we do in life is programming. Take a child who grows up in a religious environment. He keeps kosher, observes the Sabbath, goes to synagogue, goes to school, studies, learns for his Bar Mitzvah, etc. He may be doing everything right. But stop for a second and consider if he’s ever done anything worthwhile out of his own volition. Everything he has done and become was basically imposed upon him by his environment. Did he decide to study and grow closer to G-d? Is he on a spiritual quest? Or is he just going and doing, basically following orders. Perhaps he gets a soda for attending an extra study session. Or he likes getting good grades. Or he’s just brainy (and not very athletic) and likes the honor he receives for doing what he does best.

To be sure, I don’t mean to knock such behavior. Doing the right thing for any reason has wonderful effects on a person and will be earn a soul eternal reward. And of course we want to train our children properly — certainly when they are too immature to choose well themselves. But such is not truly life; it is programming. And deeds which reflect no true inner conviction can so easily unravel come the slightest negative provocation.

Rather, true life is taking control — knowing the stakes of life, recognizing the challenges, and taking a stand. I’m alive when I do something, when I make a decision. The Torah does not exhort us to choose good but to choose life. Serve Me as a reflection of your inner conviction — because you wanted to, not because you allowed yourself to be shepherded along in some positive direction when the winds happened to be blowing favorably.

Conversely, a person who sins is not merely doing bad actions. He’s choosing death — and not only as a consequence of his poor choices. He’s consciously choosing to pursue an illusion — the empty enjoyment of the pleasures of this world — as if there is anything of true worth other than following G-d. And this is not merely wrong. It is failing to live. It is allowing oneself to be drawn after whatever excites his fancy. It is living passively; being acted upon by the world at large and whatever it has to offer. It is not taking a stand and choosing, not truly waking up to what life is all about. It is not being alive.

In the Book of Ruth (1:6-18), which we will read G-d willing next week on Shavuos, we read of Naomi’s return from the Land of Mo’av to the Holy Land after the deaths of her husband and sons. Her two daughters-in-law, Ruth and Orpah, accompanied her. As is clear from the Talmud (Yevamos 47b), they were not merely accompanying her as a courtesy. Over their years of marriage, they had become attached to Judaism. They wanted to enter the Land of Israel and become fully-observant Jewesses. Naomi attempted to dissuade them three times (vv. 8, 11 & 12; the Talmud derives from her the number of times a potential convert is to be dissuaded). Two times they held firm; on the third Orpah weakened and returned. Ruth did not and followed her mother-in-law to Bethlehem, eventually to become great-grandmother to King David.

Orpah, we would think, was not that bad a character. She was a serious candidate for conversion. She obviously took religion and spirituality quite seriously. She just fell slightly short of a true Jewish conversion.

But the Talmud tells us otherwise. As soon as she parted company with Naomi and Ruth, Naomi refers to her as returning to “her people and her gods” (v. 15). The Talmud (Sotah 42b) explains what happened to her shortly after departing. She went utterly to the opposite extreme. She ran into a battalion of 100 soldiers and willingly submitted herself to them all — as well as to a dog. From the lot of them she became pregnant and bore the giant Goliath. (The Midrash likewise notes that not for nothing did Goliath facetiously refer to himself as a dog before his battle with David (I Samuel 17:43).)

How did so potentially great a woman go to such wild extremes? But that is exactly it. People who choose — who take their life choices seriously — are fully alive. They do not passively do whatever their environment foists upon them. They take control of their lives. They consciously and determinedly decide upon which path they will tread. And such people are capable of fantastic good — or horrific evil. Their actions are meaningful. They do good because they decided to — not because their parents or their teachers told them. Orpah was willing to sacrifice everything — her birthplace and her entire past — in order to embrace Judaism. She came that close. And when she turned her back on it, she took that same zeal and devotion and brought them to the side of evil.

In the end, Orpah chose the physical world rather than the spiritual. Her enormous energies were spent on the physical plane, and as a result she bore the physical giant Goliath. (See II Samuel 21 that she was eventually to bear four giants — all of whom were slain by King David and his men.) Ruth, who directed her strength heavenwards, became a mother in Israel and the great-grandmother of the spiritual giant King David. Goliath fell to David in battle. As the Talmud there states it, “The Holy One, blessed be He, said, ‘Let the sons of the kissed one (of Orpah, who kissed Naomi goodbye) fall in the hands of the sons of the one who cleaved.'” (Basic thought heard from R. Matis Weinberg of Jerusalem.)

This, to wrap up, is the theme of the Rambam this week. Choosing, exercising our free will, is not about obeying G-d’s will. It is about being alive. What makes us alive, what gives us life and vitality is consciously deciding. It is contemplation, recognizing the significance of life and determining just which path we want to take. And such can make us great — as well as terrible if we make the wrong decision. But just letting ourselves be drawn after whatever piques our interest, whatever our friends are doing, or whatever our elders tell us is not truly living. It is as a horse being driven by its rider. Only when we wake out and grab the reins are we truly alive.