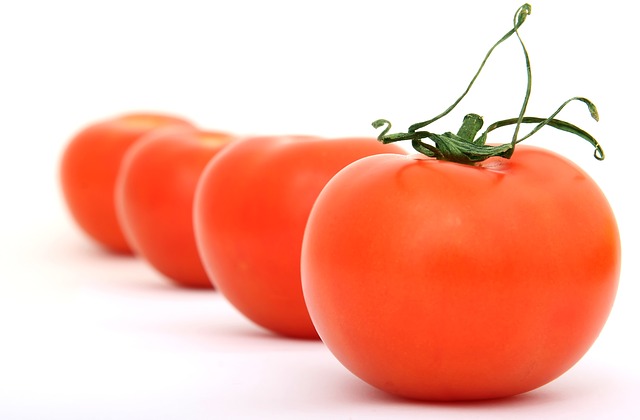 We are now beginning a new chapter of the Laws of Repentance. This chapter deals primarily with G-d’s criteria for judging mankind. There are a lot of fascinating concepts throughout this chapter. Although how G-d judges the world is primarily His own affair, just as binding whether we understand it or not, as we’ll see in this and future weeks, there are many important practical lessons to be gained from understanding the process.

The Rambam discusses three levels of G-d’s judgment — the personal, the national, and the universal. In each, whether the party in question is deemed righteous or wicked depends upon the majority of its deeds.

One simple question which comes to mind immediately is why is it necessary for G-d to judge the world on three levels? Wouldn’t it be sufficient to judge every individual according to what he or she deserves? Why group people into nations, even though clearly some will fall far above and far below the curve? (G-d for example does not judge a family or a city as one unit. Each member / citizen receives what he deserves in his or her own right.)

The answer is that certain issues are clearly national in scope. The Talmud states that “parnassa” — literally, “livelihood” — is determined on a national basis (Ta’anis 9a). The meaning is that G-d determines the overall state of the economy nationally — for reasons which are quite clear to us today. Generally speaking (and this is not at all my field, so very roughly), if one sector of a nation’s economy is depressed, it will have ramifications throughout the system. If housing starts slump, fewer workers are employed, less raw material is required, there is less money to be invested in other parts of the economy, consumer confidence goes down, etc. Sure, there are always individuals who may have the ready cash to take advantage of downturns in the economy — to buy when everyone else is selling, but in the overall picture, when there is a recession — or expansion — everybody is affected.

(Interestingly, the same passage in the Talmud states that unlike livelihood, rain is granted on an individual basis, meaning if a single deserving person needs rain for his field, a storm will come in his merit alone (see Rashi there). Rain in general is viewed by the Sages as a force much more tightly coupled with G-d’s will — and a much more open manifestation of His providence and power.)

And to be sure, this is not only an issue of economics. As we’ll see G-d willing next week, G-d may well visit retribution on a wicked nation — although there are bound to be pious innocents within.

This serves to remind us of the importance of living in a worthy country. In the Laws of De’os (6:1) the Rambam discussed this from a different perspective — how we are profoundly influenced by our surroundings and the great importance of living with decent neighbors. But even apart from that, practically speaking, a wicked country is a dangerous place to live. G-d may at any moment decide to strike it with natural disaster. Will you personally be spared? Perhaps, but not necessarily. You may not be evil enough to deserve a hurricane at your doorstep but will G-d go out of His way, so to speak, to save you if one is coming because your compatriots? And you will certainly be affected by the disruption of wealth, law and order, and services.

We sometimes think that if we’re around people worse than us we’ll really shine and G-d will appreciate us all the more. Even if there is some truth to such an argument (in itself questionable: What kind of effect will they have on you?), that is simply not our job. Our purpose in life is not to “impress” G-d. It is to live the most meaningful lives we can and towards that end ensure that we’re exposed to the best influences available.

This same basic premise holds true on a global scale. Certain aspects of G-d’s judgment are rendered on the world as a whole. Which we do not necessarily know. Yet we must never view the evil and depravity of the world around us as someone else’s problem. The state of the entire world is our concern. As little as we may be able to do about it (although praying always helps), we must realize that we all share this world (“spaceship earth”) together — and at least in some ways, G-d is looking down upon all of us as one.

There is a second important issue with this law. According to the Rambam, a person is judged based on a simple majority of his deeds. If a person is 50.1% good, he is deemed “righteous” by G-d, whereas a person rated at 49.9% is “wicked” — although there’s not a whole lot of difference between the two. Now obviously G-d does has to draw the line somewhere. But we would actually expect more of a continuum. The better you are, the more G-d considers you one of His loyal servants. How close you are to G-d we would hardly consider a yes/no question. There should be an infinite number of possible degrees of closeness to and of distance from G-d.

Furthermore, is a person really “righteous” if he’s just over 50%? Assuming he’s had a busy life, 49% wicked implies he’s done a heck of a lot of sins in his days as well. Where did they go? Is such a person considered righteous — case closed — everything else being swept under the carpet? Doesn’t G-d’s exact justice dictate that every single good and bad deed is measured and compensated accordingly?

The answer is that the Rambam here is not discussing reward and punishment in the Word to Come. G-d’s ultimate justice is far more precise and exacting. Rather, the Rambam is discussing how G-d deals with a person in this world (generally speaking of course — obviously many more factors enter the Divine justice system). In this world — before the ultimate justice sets in — if you’re a little bit more good than bad you are considered righteous. A little bit the other way, you’re considered wicked.

This, however, merely backs up the question. Why is G-d’s justice system in this world so black and white? Shouldn’t here too it be a continuum, depending more upon our precise level of commitment to G-d?

In truth, as we’ll see in future weeks, it is. There is far more to G-d’s relationship with us than just “righteous” versus “wicked”. This week, however, the Rambam is discussing a much more simple issue: live or die.

There’s an ongoing — or at least a yearly — decision going on in Heaven: should a person, nation — or the world — continue to exist or not? Is he or it the sort of entity G-d wants in this world? And that depends on one very simple basic issue: Is he a positive or negative force in this world? If a person is slightly more good than bad — all else being equal — he is an asset. It is in G-d’s best interests to keep him around. Overall, he is bringing the world forward, closer to its fulfillment. If, however, a person is even slightly more bad than good, he is a liability. Even if imperceptibly, he moves the world away from G-d. And according to the Divine scheme, such a person should not continue to be.

This is an idea we will revisit and examine more closely in future weeks — and so, I’ll leave it at this for now. I will just wrap this up with one final thought. In a sense this is very reassuring. In the Divine scheme, it is really not that hard to stay alive in this world. To be sure, most of us need lots of improvement, but I’d like to think few of us are doing more harm than good in the universe. But then again, our goal in life is not just to dodge the bullet and stay alive. We’re here to perfect ourselves and make the world a wonderful place, not a mediocre one hovering just above the red line. So let us keep in mind that although G-d loves us as beings who are a positive force in this world, that is only the very beginning. It merely gives us the opportunity to truly accomplish and to truly make the world a beautiful place.

(Second part of class based in part on ideas heard from my teacher R. Yochanan Zweig.)