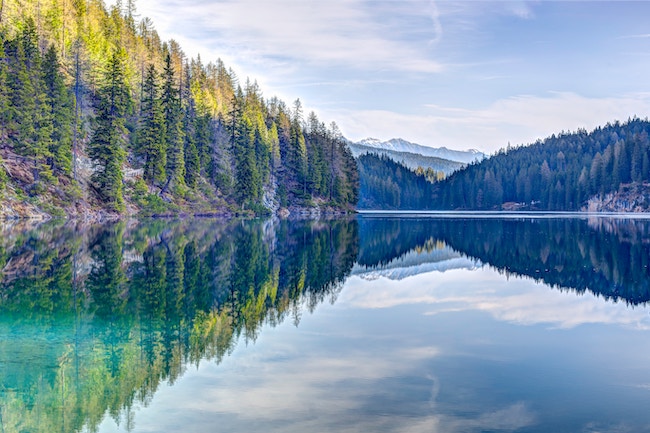 Chapter 4, Mishna 16: Ignorance Is Not Bliss

The theme of this week’s mishna is that errors made in Torah study are dealt with severely — to the extent of being considered intentional misdeeds. The concept of “errors”, meaning wrongful acts done unknowingly or unwittingly, is a very well-discussed topic in the Torah and Talmud. I would like to first define the concept in some detail, and then suggest why our mishna is much less tolerant of errors in the context of Torah study.

(In Hebrew, a “shegaga” is an act done in error. A “shogaig” is a person who acted in error. I’m going to use these terms below. They carry much more precise connotations than a generic English word.) (These words also make one wonder if the English “shenanigan” somehow derives from them. 😉 According to my (American Heritage) dictionary, its origin is unknown…)

There are two basic types of shegaga, best described by illustration. Say a piece of ham is placed on a table. A person comes along and eats it. The act is considered a shegaga if (a) he did not know it was pork but thought it was kosher meat, or (b) he knew it was pork but did not know that pork is not kosher. In either case the person did the act willingly but was lacking certain necessary background information. If, however, a person did an act without any foreknowledge — e.g., he bumped into a light switch on the Sabbath and turned the light on — he is not even considered a shogaig and is even less culpable. Likewise, if a person attempted to do act #1 and inadvertently did act #2: he attempted to lift up an already-detached vegetable from the ground on the Sabbath and by mistake lifted — and detached — a growing vegetable, the act itself is considered “accidental” and the person is not a shogaig. (There are some exceptions to this.)

The Torah does not view a shogaig as guiltless — either because the person should have studied more or looked into a situation better, or because sins by their nature have a harmful spiritual effect on a person. As we know, G- d forbade certain things to us in part because they are damaging to our souls. We must undergo some form of expiation in order to undo that damage. (In the case of non-kosher food, there is a concept that its consumption is physically damaging to a person as well. See Talmud Sabbath 145b.) For many of the more serious transgressions forbidden by Torah law, the Torah prescribes various sacrifices as the proper “cure” for the spiritual damage caused. (See Leviticus 4-5 and Numbers 15.)

If a person committed a sin on many occasions throughout a long period of time never knowing it was forbidden, it is considered a single shegaga — a single bout of ignorance. Thus, if a person grew up never knowing (or never really knowing) what Sabbath observance is and only later finds out, theoretically he or she would be obligated to bring a single sacrifice alone for his entire life. (It’s interesting that the Talmud does not easily envision how a Jew could possibly have never heard of the Sabbath. The classic example provided (Sabbath 68a) is of a “baby who was taken captive.” I.e., pirates ripped him from his mother’s arms and shipped him off to some South Pacific island, never to be heard from again. Sad that what in the times of the Talmud was an imaginative novelty, is today more the norm rather than the exception.)

As we’ve written thus far, a shegaga carries with it some guilt and requires some form of expiation. Regarding Torah study, however, we are taught that mistakes committed in error are considered willful sins. Why is Torah study dealt with so much more harshly? Mistakes are mistakes?

Based on what we have written, the distinction should be clear. If I did not know pork was forbidden, I am a shogaig. I certainly should have studied more and known better, but at the time I committed the offense I *did* not know better. I am therefore dealt with much more leniently than a willful transgressor. When it comes to Torah study, however, the concept does not start. If I am studying and do not apply myself fully and therefore reach erroneous conclusions, I cannot be considered a shogaig — one who did not know better. This is the studying! This is the time when my obligation is to know better! Ignorance of the law may be somewhat of an excuse at the time of action, but it is never an excuse at the time of study.

It goes without saying that we are not dealing with a person who does try his or her best but exceeds the bounds of his mental abilities. Such a person is not “erring”; he has simply reached his understandably human limits. Our mishna is dealing with someone who can try harder but does not. He prefers to take the easier path, settling for incomplete generalities, not feeling the nitty-gritty details are worth troubling with. (We all slip into this trap now and then: “Does G-d really care about such minutiae? I’m a good person! Does G-d really have nothing more important to worry about than how long my socks are or how long I wait between meat and dairy?”) This the Sages cannot tolerate. We are not perfect, we make mistakes, and we do acts of shegaga. But knowingly allowing ourselves to slip into that rut — possibly even having the chutzpah to justify ourselves by questioning the relevance of G-d’s laws? Tragically, such a person is applying human wisdom where it should not be — questioning G-d’s wisdom — rather than where it should — understanding that wisdom.

When we study our goal must not be to do an act or perform a required duty. Our goal must be to understand. The Talmud comments that Torah study is greater than good deeds, “because the study brings one to deeds” (Kiddushin 40b). Of course, if the greatness of Torah study were just in bringing one to deeds, then that would in effect be saying that the deeds are primary and study is no more than a means towards that ends. And then, how could the Talmud call it *greater* than good deeds? Rather, the idea is that Torah study is superior because it — more than any other single mitzvah — changes us as people and transforms us into greater and wiser human beings — ones who will be prepared to do and do with understanding. Once that occurs, all our acts and deeds become elevated and infused with meaning. To accomplish this, our Torah study must be thorough and complete. Not only must it be free of errors and omissions, but it must be free of biases and predilections. Whenever we study the Torah we are enlightened. When we approach it with an unbiased mind and an open heart, we are transformed, uplifted and created anew.