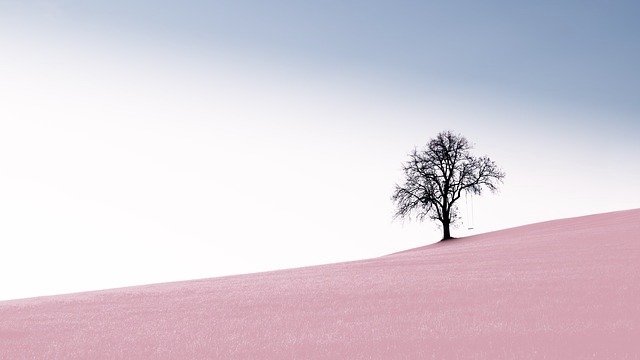 Throughout Jewish literature, the Sages make frequent reference to the ten trials of Abraham. Through them Abraham was accorded special status as servant of G-d and progenitor of the Jewish People. It’s not entirely clear, however, exactly what the ten trials were. Many, of course, are evident from Scripture — Abraham’s exile from his homeland to emigrate to the Land of Israel, his willingness to sacrifice his beloved son Isaac. Others are a matter of dispute among the commentators. Below I list a total of 11 trials — a combination of the opinions of Maimonides and Rabbeinu Yonah in their commentaries to our mishna, noting those trials which are a matter of dispute.

(1) Abraham’s allowing himself to be cast into a fiery furnace by Nimrod for opposing the idolatry of his day (Rabbeinu Yonah only).

(2) Abraham, on G-d’s instruction, leaving his family and homeland for the Land of Israel (Genesis 12:1).

(3) Abraham’s forced exile to Egypt shortly after arriving in Israel on account of famine (ibid., v. 10). Rabbeinu Yonah explains that although G-d promised Abraham blessings for moving to Israel and Abraham instead suffered hardship, he bore no ill will towards G-d — even in his heart.

(5) Abraham’s battle against “the four kings” (Genesis 14). Abraham and his students battled the mightiest armies of the time for the sake of G-d’s honor and in order to rescue his nephew Lot.

(6) Abraham’s taking Hagar, Sarah’s maidservant, as concubine after failing to have children with Sarah for so many years (16:1-3) (Maimonides only).

(7) Abraham’s being commanded to circumcise himself, in spite of his advanced age (Ch. 17).

(9) Abraham’s expelling of Hagar and Ishmael from his home — on Sarah’s instructions and G-d’s sanction (21:9-14). Ishmael proved to be a wicked son who would have exerted a harmful influence on Isaac. As the Torah there attests, the incident was terribly distressing to Abraham, in part because he had to send his elder son away and in part because of the realization of his elder son’s failings. (Maimonides lists the banishing of Hagar and Ishmael as two separate trials.)

(11) Abraham’s purchase of a burial plot for Sarah (ch. 23). After G-d many times promised Abraham the Land of Israel, he was forced to spend an exorbitant amount in purchase of a plot to bury his wife (Rabbeinu Yonah only).

There is a fascinating unifying thread running through many of the tests of Abraham. To some degree, each time the issue wasn’t just the physical inconvenience — traveling to Egypt, purchasing a burial plot, etc. It was the sense that what Abraham had to do ran contrary to everything G-d had promised him — and everything Abraham might well have expected for being G-d’s trusted servant. Abraham and Sarah dedicated their lives and very beings to the teaching of G-d’s reality to mankind. G-d in turn promised them success, recognition, children, and the Land of Israel. Yet none of these blessings were realized until years later, if at all in their lifetimes.

It’s quite natural for someone to feel that if he or she is serving G-d properly, the least G-d could do for him is respond with health, success and honor. And Abraham and Sarah were as justified as anyone in this regard. Yet their lives were far from serene — often on account of their beliefs: Nimrod’s attempt at Abraham’s life, Sarah’s abductions, Abraham and Sarah’s years of childlessness. The L-rd is a G-d of reward and punishment, isn’t He? That’s certainly what Abraham and Sarah had been teaching the rest of the world! So why had they not received their own due?

Yet such complaints were never heard from Abraham’s or Sarah’s lips — nor even sensed in their hearts. If G-d’s will was that Abraham and Sarah serve Him through suffering and exile — or that they return the one son G-d had blessed them with — they would do so with no sense of hurt or betrayal. G-d’s will was their will. None other existed. Their devotion to G-d was complete. They were in it for G-d, with no thought of their own personal goals or agendas.

Thus, in passing G-d’s trials, Abraham demonstrated that he was not serving G-d with even the slightest consideration of personal gain — nor even because teaching the world about G-d was what he liked doing. Had that in fact been the case, Abraham was certainly prepared to sacrifice it all along with the sacrifice of his son. The binding of Isaac — the most difficult and (according to most) final test of Abraham — would have ruined Abraham’s life — not only through the loss of his beloved son but in that it would have flown in the face of everything he and Sarah had spent their lives preaching. After devoting his life teaching of a just and moral G-d, rather than — as much of the world then believed — an angry god who must be appeased with human sacrifice, how could he ever continue his works after apparently lapsing and offering a human himself? But Abraham was willing to give up everything — his sacred life’s works along with the entire unborn Jewish People — for the simple yet profound reason that such was G-d’s will.

We can now understand many other statements of the Sages regarding Abraham. The Sages many times state that Abraham’s merit stands with us till this day. Why did Abraham’s deeds achieve such timelessness and immortality?

The answer is that had Abraham served G-d with any personal motives in mind — because he *enjoyed* serving G-d or in the hopes of receiving his due, his deeds, however great, would have been no more than personal acts of greatness. They would not have carried over to future generations. As it was, Abraham’s achievements were wholly pure and devoid of self — and so, immortal.

And so it would be with Abraham’s descendants. Generations of Jews, men and women possessing no more than Abraham and Sarah’s “simple” faith, would be able to accept G-d’s yoke and mission in spite of discrimination, suffering and hardship — even though G-d’s promises of plenty and fulfillment were anywhere to be seen. We serve G-d not because we expect immediate gratification or even to make sense of G-d’s inscrutable ways. We serve Him because we know that ours is to proclaim G-d’s Name and that ultimately an all-loving G-d will not forever forsake His children. Such selfless and unquestioning dedication to an infinite G-d became the hallmark of Abraham and Sarah, and through it their descendants would grow to become the Jewish nation.