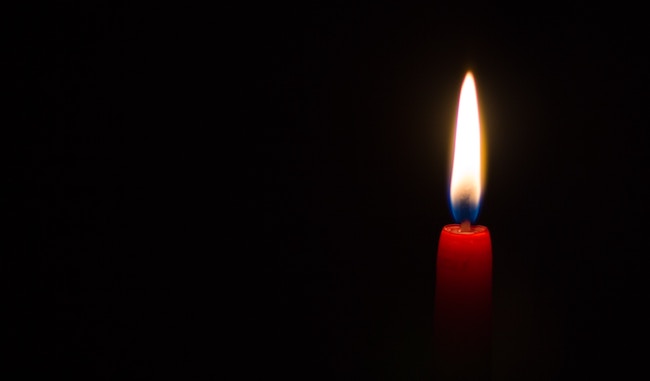 A Point Small and Pure 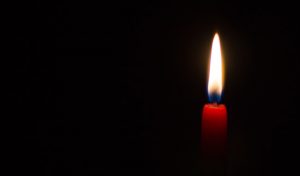 ..And [we thank You] for the miracles, for the redemption, for the mighty deeds, for the saving acts, and for the wonders which You have wrought for our ancestors in those days, at this time—

In the days of Matityahu, the son of Yochanan the High Priest, the Hasmonean and his sons, when the wicked Hellenic government rose up against Your people Israel to make them forget Your Torah and violate the decrees of Your will. But You, in Your abounding mercies, stood by them in the time of their distress. You waged their battles, defended their rights, and avenged the wrong done to them. You delivered the mighty into the hands of the weak, the many into the hands of the few, the impure into the hands of the pure, the wicked into the hands of the righteous, and the wanton sinners into the hands of those who occupy themselves with Your Torah. You made a great and holy name for Yourself in Your world, and affected a great deliverance and redemption for Your people Israel to this very day. Then Your children entered the shrine of Your House, cleansed Your Temple, purified Your Sanctuary, kindled lights in Your holy courtyards, and instituted these eight days of Chanukah to give thanks and praise to Your great Name. – Al HaNissim

One small but powerful point jumps out from this additional prayer that we recite multiple times daily during the eight days of Chanukah. It’s so small, in fact, that it might be easy to miss it. That’s the point! It’s small! That’s why it’s so powerful and that’s why it’s easy to overlook it. Enough with the riddles! By now you must have guessed.

The entire accomplishment of Chanukah is the work of the weak, the small, the pure, and the righteous. Reb Yisrael Salanter ztl., the father of the Mussar movement described the human condition like this: “A man is a drop of intellect in a sea of instinct!” There are so many sights and sounds competing for our mental attention at any given moment. Many of those images and much of the alluring sirens around nowadays are cleverly designed to hold us hypnotically in a mental lock, and keep us addicted.

How does one survive B’Zman HaZeh and remain decent?! It’s not an insane question. It may be the only sane question we should be asking.

This is very much the battle of the Jews with the Syrian Greek culture which offered an intellectually competitive culture. They were less interested in forcing Jews to bow to idols as the Babylonians, and they were not intent on destroying every Jew, like Haman, but rather they wanted to seduce the Jewish intellect. At this they were largely successful to the extent that the holiness of the Jewish People was at the point of extinction.

What’s the answer!? What’s the optimal response? The Sages say, “A little light chases away a lot of darkness!” Our counter to the culture is to sweep away the darkness by lighting a small but holy light. The Chovos HaLevavos writes profoundly at the very end of the chapter dealing with Singular Devotion to G-d, “The little and the pure is the majority!”

In our own lives, what will have been our greatest accomplishment is that small act done with purity, as opposed to the voluminous deeds done with ulterior or inferior motives. Purity of intent amplifies the value of a small action, like a single clear diamond is superior to a box filled with shiny sequins.

Chanukah is a new beginning. We start with a single holy light that is lit just for a Mitzvah and not for personal use. Then it gradually grows and grows night after night until it matures at eight, which in symbolic language equals eternity. After that, like the rocket ship that has left the earth’s gravity, “Lech Lecha M’Artzechah” – Leave your earthiness – as Avraham was told, we are now going forever. We can launch our new lives with a Torah thought!

That’s our response to the darkness, to gradually expand the circumference of light and feed the drop of holy intellect until it lights up the world. While we have the world in mind, we must always start with a point small and the pure.